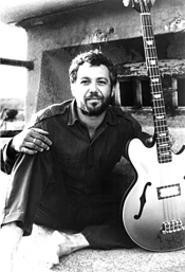 Mike Watt is the only bass player in history who can get away with calling his instrument a "thunder broom." It's ridiculous. It makes you want to cry. In concert, the underground legend is a whirlwind of grimacing facial expressions and punk rock ferocity -- funky, suave, rockin', hilarious, terrifying. He's got a litany of indie cred to play with, from tenures with the Minutemen and fIREHOSE to that really weird solo album (Ball-Hog or Tugboat?) he did with Eddie Vedder and J. Mascis and Thurston Moore and anyone else not too intimidated to work with him back in '95. He crosses the country every six months or so, usually with a new backing band, usually with quirky new tunes you'd be tempted to label art rock, were Watt not inclined to send a thunderbolt from his thunder broom chasing after your ass. Just in case any of this has been confusing: You need to see this show.