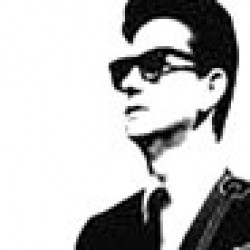 If there EVER was a box set that deserved the title of "definitive collection," this salute to Roy Orbison - easily one of the rock era's bonafide originals - would be it.

The 107-song, career-spanning collection, The Soul of Rock And Roll, begins with Orbison's earliest recordings with the Teen Kings, including the raw urgency of 1956's "Ooby Dooby" to a rather rote doo-wop ballad ("A True Love Goodbye"), where the majesty of Orbison's voice is somewhat obscured by the song's harmony vocals. A sampling of Orbison's legendary rockabilly sides for the Sun label are also included, from the vibrant rave-up "Go! Go! Go!" to the soaring angst of "You're Gonna Cry." A series of previously unreleased demos Orbison recorded in the late '50s includes the sublime "Baby Don't Stop" (in which he appears to be copying the Everly Brothers) and the romantic melancholia of the ballad "Love Storm."

The second disc features material cut for the Nashville-based Monument Records in the early 1960s. This is where you'll find Orbison's signature numbers. On "Running Scared," the song's insistent jabbing riff underscores its atmosphere of uncertainty and dread. The soaring orchestral pop of "In Dreams" and "Crying"'s crescendo of angst are two of pop music's most magisterial moments. The lesser-known cuts yield their share of treasures too, like the sax-pumped "Nightlife." The only truly ghastly number is "Lana," a piece of particularly rancid '50s kitsch.

Disc three contains Orbison's early to mid-'60s hits recorded in the late '60s for MGM. Lesser-known songs like "Crawling Back," "Ride Away," "Communication Breakdown" and "Blue Rain (Coming Down)" ably demonstrate that no one could sing a hurtin' song like Orbison.

When that singular voice rose in operatic fervor, amplifying the chill of loneliness or the anguish of heartbreak, the results were sweeping little melodramas.

On the fourth CD, the spotlight focuses on Orbison's resurgence in the 1980s with the Traveling Wilburys - "You Got It," "Not Alone Anymore" and solo hits like the mesmerizing Bono-penned "She's a Mystery to Me." Also included: a tamer live version of "Oh, Pretty Woman," which tones down the slamming riffs of the original, and Orbison's final live performance, recorded in Akron on December 4, 1988, just two days before he died of a heart attack at age 52 - the "unearthly" quality of his voice (as fan Bruce Springsteen called it) thrillingly intact. As former songwriting partner Joe Melson states in The Soul of Rock and Roll's liner notes, Orbison "stood alone onstage and barely moved, yet could bring people in his audience to tears." Which stands to reason - a talent this large hardly needed gimmickry.