Gregory Scruggs killed his dad. Juvenile prison has only made him more dangerous. 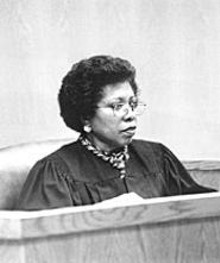 Acid Mothers Temple, with SubArachnoid Space and the Flat Can Co. Grog Shop, 2785 Euclid Heights Blvd., Cleveland Hts. 9 p.m. Thursday, May 27, $10, 216-321-5588
When 13-year-old Gregory Scruggs Jr. was convicted of murdering his father in November 2001, psychologists recommended against sending him to juvenile prison. Testimony revealed that the boy had suffered severe physical abuse at the hands of his father -- until one afternoon in June.

When Greg Scruggs Sr. heard that his son had been watching TV on the sly, he ordered the boy to prepare for another beating. Instead, the kid returned with a .38 and shot his dad in the back of the head.

At trial, Dr. Sandra McPherson, the court-appointed evaluator, said that Gregory Jr. would only get worse in jail. She described his condition as "extremely fragile" and said that the longer he stayed locked up, the more likely he would become unsalvageable. She felt that therapeutic treatment was critical.

In the detention center where he was held during his trial, Gregory was written up countless times for fighting. This was uncharacteristic, for although he had long been labeled immature and awkward by his teachers, he was hardly the violent type.

Still, once in the custody of Children and Family Services, he gained a reputation for being generally disruptive. The shrinks predicted a steeper decline.

Nevertheless, Judge Janet Burney ruled against their pleas. She told Gregory that he had to pay for what he did. She promised to consider sending him to a group home if he "behaved." In the meantime, he was sentenced to six years in juvenile lockup.

The boy is now housed at Ohio River Valley, a prison for delinquents in Franklin Furnace, six hours from Cleveland. "No one wants to be around him," said probation officer Jeff Saffor at a hearing in February. "He fights, he exposes himself to female workers . . . he masturbates in front of others . . . he is the worst kid in the institution."

Too combative to go to school, he spends most of his time in isolation or bodily restraints, Saffor added.

In 2002, Judge Burney asked Children and Family Services to find a suitable residential facility for Gregory. But the agency has been unable to locate a place that will admit such a troubled teen, and its lawyers believe that Gregory should just serve out his time.

Jason Haller, one of Gregory's lawyers, feels that the county hasn't tried very hard due to another motive: DCFS doesn't want to shell out the money. And without therapy, Gregory keeps getting worse.

There's no doubt that Greg Scruggs Sr. -- or Big Greg, as he was called -- was a vicious father. Before his murder, however, acquaintances saw him as unusually responsible: He worked as a substitute teacher, preached the Bible, didn't drink or smoke.

Under court scrutiny, the clean-living veneer would peel away.

Then there was the testimony of Nafia Matthews, Gregory Jr.'s mother, who spoke of years of black eyes until she was finally tricked into signing over custody of her three-year-old.

When Big Greg locked her out of the home they shared, she fled. And when she wanted to visit her son, Big Greg would force her to have sex first, she said. Finally, she just stopped coming around.

Family members had long noticed bruises, stitches, and black eyes on Gregory, but they failed to intervene. His aunt, Deborah Scruggs-Burrell, blames herself as well as the rest of the family. "People looked the other way and said everything was all right, when they knew it wasn't. Things was never all right."

When a school principal finally lifted Gregory's shirt and found his back covered in welts and old scars, she called the county ["Unfortunate Son," November 8, 2001].

As a result, Judge Burney sent Gregory to live with his grandfather for a few months, but nothing more was done. Big Greg soon had the boy to himself again.

Once he shot his dad and became the property of Cuyahoga County, Gregory's personality began to change. Phillip Althouse, his court-appointed guardian, says that, with no counseling, the boy was left to process both the magnitude of his crime and his new life as an orphan on his own.

His 13-year-old mind wasn't up to the task, it seems. During the six months preceding the verdict, he developed the reputation of a troublemaker. Still, the slapping and arguing appear more like the actions of a confused, angry kid than of a violent one.

When his mother hugged him and said, "I'm not mad at you, but what you did wasn't right," he replied that he understood, but that he "just couldn't take it. I don't know what's wrong with my dad."

Since he has been behind bars, however, his outlook has changed. He's now a jailhouse tough guy. "I just want to finish my time," he recently muttered to his lawyer.

Even his favorite uncle, Lavelle Scruggs, is at a loss to explain what Gregory has become. "His behavior is bewildering to us."

The new Gregory stands in contrast to the boy who penned a letter before his sentencing that read, "Dear Honorable Judge . . . I did that to my dad because I felt I had no more chooses to use . . . I am just asking if you please don't send me to ODYS . . . anything but jail . . . Please write me back A.S.A.P. if your not busy."

Instead, Burney threw the book at him. She promised to revisit the issue of a psychiatric facility if he started "behaving himself," but, predictably, Gregory did not.

After he'd served a year, the judge -- perhaps realizing her mistake -- asked DCFS to find him a place that offered more hope.

The county was peeved -- after successfully prosecuting the boy, it wanted no more responsibility, says Gregory's guardian. Even if it could find a residential facility to take him, there remained the likelihood that Gregory would be kicked out of one place after another, while the county shouldered the expense. So Gregory continued to fester behind bars.

But now Althouse has done what the county couldn't. He says that the Kokomo Academy in Indiana -- a treatment center that provides therapy -- is willing to take Gregory in. Kids there wear shirts and ties instead of prison garb, and they all go to school.

His aunt thinks it's probably "the best place for him." Yet Family Services would have to foot part of the bill -- which could be around $70,000 a year. Its lawyers are against it.

Gregory's mental process "is not such a mystery," says exasperated DCFS spokeswoman Janice Walker. "It's the behavior that he's doing . . . He doesn't need to be sent to a high-priced place . . . Someone in his 'loving' family needs to take him!"

That's unrealistic, says Althouse, who doubts that the judge would consider such an option. Even if the family wanted to, he does not believe that the Scruggses are equipped to deal with the problems Gregory has developed. "It's gotten to the point that . . . society needs to be protected from him," he says.

If the DCFS succeeds, Gregory will remain at Ohio River Valley for another four years. And that, says Althouse, means that it's only a matter of time before one very damaged kid is out on the streets.