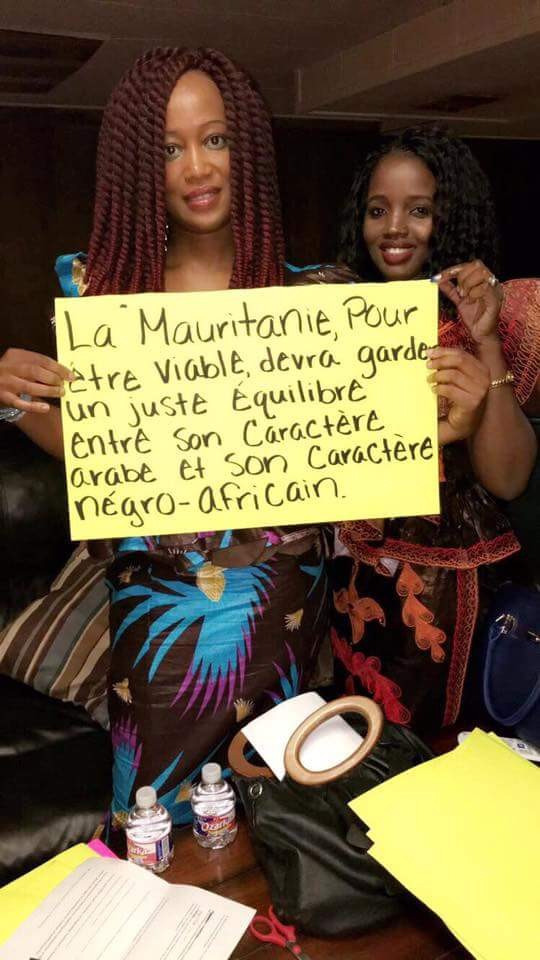 Courtesy: Houleye Thiam
Among the Mauritanians arrested Thursday in the wake of controversial presidential elections was Samba Thiam, an opposition figure, the current leader of Forces Progressistes pour le Changement (Progressive Forces for Change, (PFC)) and one of the authors, in 1986, of the seminal opposition tract, The Manifesto of the Oppressed Black Mauritanian.

He is the father of Columbus, Ohio-area Mauritanian activist Houleye Thiam, who is quoted at length in Scene's recent coverage of Mauritanians living in Ohio.

After elections Saturday, June 22, in which the country's military candidate Mohamed Ould Ghazouani declared victory, the internet was shut down countrywide. Opposition figures who have protested human rights abuses and the persistence of slavery in Mauritania, who were supporting opposition candidates in the election, have been arrested. Protests were planned in the capital of Nouakchott yesterday.

Amnesty International has called for the prisoners' release, the restoration of internet access, and ongoing restraint in policing citizen protest.

“The authorities must exercise restraint in dealing with the protesters," said Amnesty's West Africa researcher Francois Patuel, in a statement by the human rights organization, "including ensuring their safety and opening up the internet space so that people can freely express themselves and share information.”

Here is Houleye Thiam, last year, speaking about systemic racism in Mauritania. And here is a short clip from a protest at the Mauritanian embassy in Washington D.C. yesterday.

Mauritanians gathering today in Washington DC to protest against the stolen elections and police brutality on unarmed protesters in #Mauritania . pic.twitter.com/4GUEdGCh1i