Banning debauchery from the Hall of Fame parade. Say it ain't so. 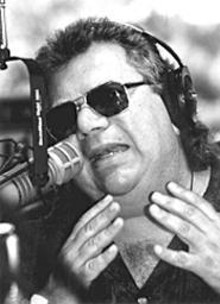 Whiskey Daredevils Beachland Ballroom Saturday, June 25
The Pro Football Hall of Fame grand parade draws hundreds of thousands of revelers each year. Partygoers set up lawn chairs along the route the night before and guzzle beer until the sun comes up. High-level sources say it's a good time. So, naturally, city leaders are trying to stop it.

Canton Safety Director Bernard Hunt has proposed a ban on setting up chairs along the route before 5:30 a.m. Hunt couldn't be reached for comment, but Councilman Donald Casar says the city is trying to eliminate the "party atmosphere." Back in the '80s, he notes, the pre-parade party was marred by violence and debauchery, things he doesn't want to see again. "It was bad," he says. "There was a couple stabbings and some fights all the time, and a lot of drunkenness, of course -- urinating and everything along the parade route. Last year it seemed it was starting to get that party atmosphere again."

So the city is striving for an atmosphere somewhere between an antique-book auction and a high-school pep rally, with overtones of AA meeting.

But high-level sources say that will suck. "Some people stay up there all night," says Council President Ray Denczak. "Some of them do a little partying, but they don't get out of control. I don't see no riffraff out there."

Last week, Trivisonno -- whose show consists of putting a really dumb guy on the radio for the amusement of listeners -- declared that he would never dine at a restaurant if someone with HIV was preparing the grub. He also suggested that workers with HIV identify themselves to patrons.

His comments were in response to news that a former McDonald's employee had sued the company for allegedly discriminating against him because he has HIV ["Unhappy Meal," March 26, 2003]. Trivisonno sided with Ronald, ranting that no one could guarantee he wouldn't contract the virus from food.

Granted, scientists aren't the sort to use the phrase "never." But in all of human history, no one has ever caught HIV from a meal. "You're more likely to get kicked to death by a mule, statistically," says the AIDS Task Force's Earl Pike.

Friend of working people
Wal-Mart district manager Keri Brown recently wrote The Plain Dealer to chastise AFL-CIO chief John Ryan for his criticism of the company and his vow to unionize the new Steelyard Commons store.

Among assorted half-truths and misleading arguments, Brown chided Ryan for not understanding the loyal Wal-Mart worker: "If he had looked closer to home, Ryan would have found that Wal-Mart associates in Ohio are proud of their jobs and their companies."

But the company should have picked a better shill.

When Scene last wrote about Brown ["Nigger Dave," October 15, 2003], she was ignoring overt racism in her store. Elyria employee Dave Thomas had repeatedly been called "that nigger Dave" by fellow workers. Yet Brown, the Elyria manager at the time, refused to do anything about it. Thomas -- who, incidentally, had many witnesses to the slurs -- was forced to take his plight to her superiors. But managers at the Hillbilly Enron seemed worried only about whether or not he'd hired a lawyer. He was eventually fired.

So when Brown claims that "Wal-Mart treats its associates well," you can guess what she's talking about.

Winners get the spoils
Whenever new judges are elected in Summit County, they promptly fire staffers aligned with the opposing party and hire hacks of their own. It doesn't actually make for good government, but that's against the law in Ohio anyway.

Holland claims that in 2003, when Republicans gained the majority on the court, they fired six employees who refused to hustle votes for the GOP.

But what she conveniently fails to note in her suit is that, upon her firing, Holland quickly landed a bailiff's job in the Summit juvenile court system. It seems that a Democratic judge there had fired a whopping 39 Republicans that same year. And since Holland's father and two uncles are all major players in the Democratic Party, she was an obvious choice to fill a vacant post.

Strike Team on the case
The arm of the law got a little longer in Lorain County with the debut of the multi-force Strike Team this month.

The unit, consisting of sheriff's deputies and cops from multiple departments, is designed to sniff out street-level crime. Assignments vary from intercepting public drunks in Lorain to cracking down on cow-tippers in Wellington.

"There's certainly a lot of work to do out there," says coordinator Dennis Cavanaugh. "This is just the beginning."

The first week's operations yielded 40 misdemeanor arrests, many of them for drug possession. Also uncovered: a rash of jaywalkers, who are believed to be operating independently of one another.

Trophy life
Scene has once again been named the Best Alternative Newspaper in Ohio.

In its annual Excellence in Journalism awards, the Cleveland Press Club bombed the paper with a record 24 awards. It not only named Scene the state's best alt-weekly, but also named its music coverage as Best Section. Among the winners: