Faith No More made Mike Patton a star. Now he's breaking out on the indie circuit, too. 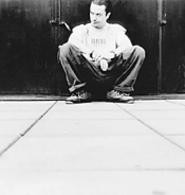 Patton has chosen avant-garde noise over mainstream acceptance.
On a recent Saturday, Mike Patton, the former frontman for the platinum-selling rock band Faith No More, is indulging his inner collector-nerd. Record stores are Patton's home away from home, and he mows through the CD racks of this one, in the Bay Area of his native California, with zealous concentration, occasionally bursting out with an excited "Oh, have you seen this?" or "Man, what is this?" At the moment, the singer is flipping through the World Music section, expounding on Indian bowl players, Greek funeral singers, and Vietnamese street buskers. He knows the section the way a mother knows the contours of her baby. "This," says the 34-year-old singer, pulling out a record bedecked with smiling, toothless gypsy fiddlers, "is amazing." It's a word he uses a lot -- "amazing" -- perhaps to avoid saying "awesome." Mike Patton does not want to be like everyone else.

"He's a different personality," says Duane Denison, ex-Jesus Lizard guitarist and Patton's current bandmate in Tomahawk, a rock supergroup of sorts that's hitting Cleveland in support of Tool. "He's got some eccentricities. He collects artifacts, shrunken heads, bondage gear. He also likes to have great big meals in nice restaurants before he plays. He can have a gigantic meal: soup, steak, lobster. And then he just walks out and plays. I could never do that."

Denison could probably never duplicate Patton's nonstop work ethic, either. In his brief but prodigious career, Patton has been involved in more than 30 different projects. After Faith No More called it quits in 1998, he continued with his very first band, the warped Mr. Bungle, and began juggling new enterprises and collaborations like a madman. He composed the music for what would become his most critically acclaimed group, Fantomas, a genre-busting foursome that brought together members of Bungle, Slayer, and the Melvins. In '99, Patton formed Ipecac Recordings, an Oakland label that has nurtured such groups as X-Girl, the Melvins, and Kid606.

Last year, he joined forces with Dan the Automator and Elysian Fields' Jennifer Charles for the project Lovage, whose release, Music to Make Love to Your Old Lady By, was roundly praised by electronic and hip-hop heads. And this year, Patton has collaborated with the Dillinger Escape Plan and the X-ecutioners, and has worked on another project with Dan the Automator, this one called Peeping Tom. He's also making the rounds with Tomahawk -- the closest thing to true "rock music" the singer has done in a while, combining the talents of the classically trained Denison with Patton's affected vocals.

The singer's extreme work ethic has posed problems for his relationships, with more than one person close to him suggesting that he should slow down. But Patton sees it as something he cannot change about himself. "I'm a lifer," he says. "I think, in order to do that, you have to make a lot of sacrifices. That means personal things, that means relationships, a lot of things. But with me, that's my baggage, that's my thing. I'm gonna work too much, I'm gonna be completely self-absorbed -- I'm gonna be a fucking asshole, and that's just the way it is. Anybody that's decent at anything is pretty selfish. They gotta be. I'm not in this to be a good guy."

Patton's conceit is perhaps forgivable, given that the notoriously snobby new-music crowd views him as some sort of amazing visionary -- and given the success he's had with Ipecac. The inspiration for the label -- named for a root that induces vomiting -- came when Patton made the first Fantomas record and couldn't find a label to put it out. Undaunted, he decided to do it himself.

The singer wanted to create a place for music that didn't have a home elsewhere, a sort of Island of Misfit Toys for bands. He rounded up his manager, Greg Werckman, to handle the business end, running the label out of a cottage behind Werckman's home. They had low overhead and low expectations, and now the success of the joint venture more than sustains the two of them.

The label has worked for Patton in two ways. He has slowly created a cocoon for himself and other artists who possess the same sensibilities and disregard for the trappings of the music biz. He's also made decent money at it, with the Fantomas records and the Tomahawk release each selling more than 100,000 copies worldwide. Those are phenomenal numbers for an independent label. "At first, having a label scared the shit out of me," Patton says. "I thought it would be way more consuming than it actually is. But now the stuff that I thought would consume me actually feeds me. I get off on it. It's fabulous, it's great. Not only that, but we created our own context. I've got a home now. It's really comforting."

Patton's fan base is bigger in the U.K. and Australia than it is here, adhering to the unwritten rule that midsized American acts are generally bigger abroad than they are at home. In fact, Patton is so esteemed Down Under that he was actually asked to be the singer for INXS after Michael Hutchence died. Few things make Patton laugh harder than that one. "Absolutely, it's true!" he laughs. "I couldn't make something like that up!"

The band, however, didn't appreciate Patton's amusement over the invitation, nor that he was laughing about it in the press. "They got all uppity," he says. "From that point on, I just tried to make fun of them at every available opportunity. I tried to talk as much shit as I could. I was rough, but hey, you can come out snarling when your back is against the wall. And plus -- they suck!" he adds, laughing. "Kiss my ass! Dingo-loving sons of bitches!"

Besides the whole INXS fiasco, the only other thing that seems to set him off is those who say that Faith No More had an influence on so-called rap-metal or nü-metal bands, such as Linkin Park or Limp Bizkit. "They like Faith No More, for some reason. I don't hear the connection," he states flatly. "Or maybe I just don't want to."

And if you haven't already picked up on it, Patton does nothing he doesn't want to do.

"Mike's got a lot of rock-star karma to live down," says Buzz Osbourne, leader of the Melvins and Patton's bandmate in Fantomas.

A lot more shouldn't be a problem for Mike Patton, who only seems to gain momentum with every passing year. As the man says, he's a lifer.