Photos: Naked Donald Trump Statue Before Police Hauled It Away

The naked Donald Trump statue debuted in Coventry Aug. 18 and was quickly hauled away, but not before a local photographer snapped these images you probably won't be able to unsee.

As we learned, the project, The Emperor Has No Ballls, was part of a five-city, guerilla art installation by INDECLINE. With the RNC already long gone, it’s placement in Cleveland – more accurately, Cleveland Hts. – seemed odd in a list including Los Angeles, San Francisco, New York City and Seattle. So why Cleveland? It turns out the artist responsible for these statues is originally from Cleveland.

“INDECLINE set out to source a sculptor who would be tasked with creating 5 life-size statues of Donald Trump,” organizers explained through a press release yesterday. “These statues would then be transported to five major US cities to be installed in broad daylight in high traffic areas using an industrial strength epoxy. The installation would commence and be fully documented on the same day, at the same time, in each of the 5 cities.” 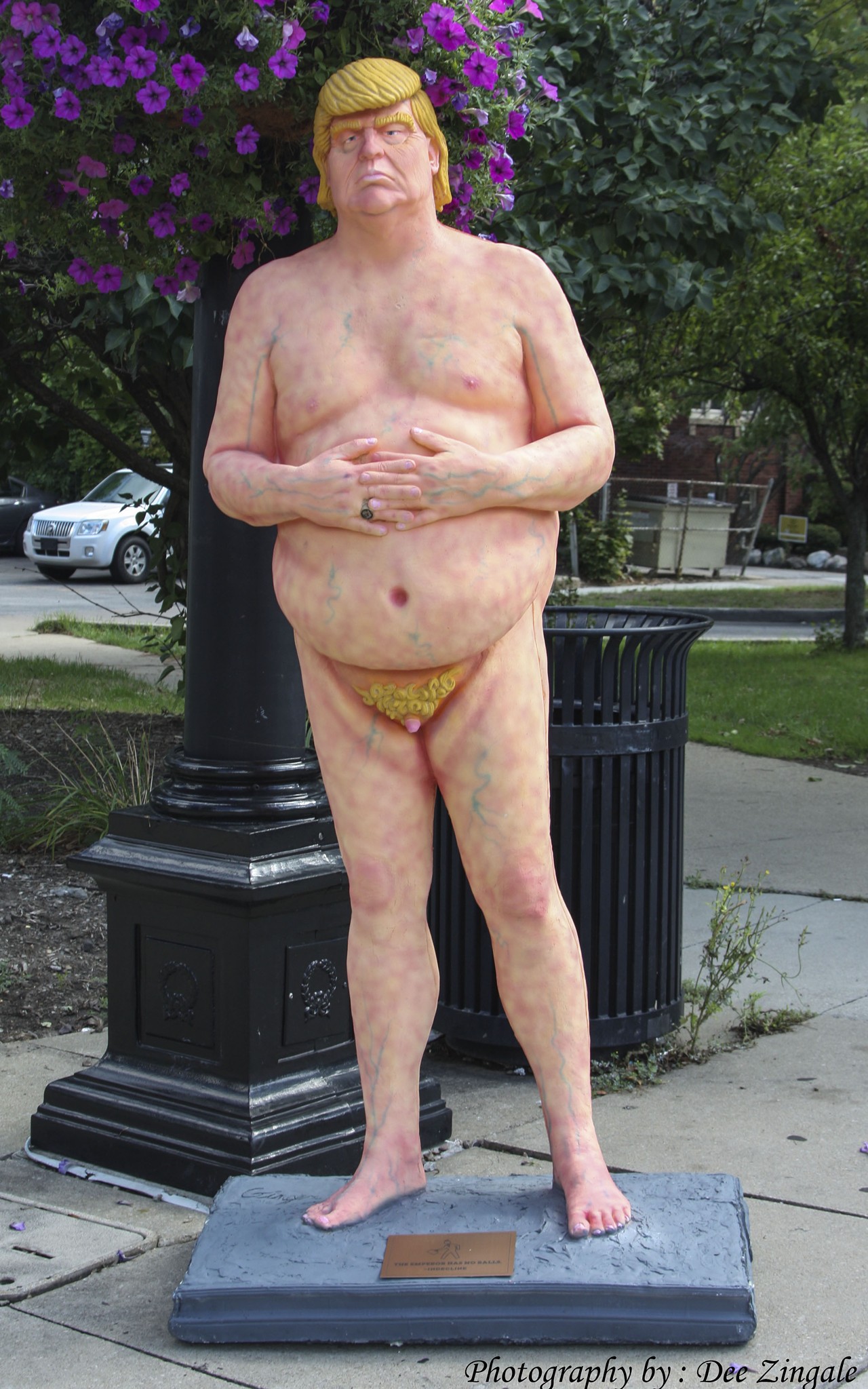 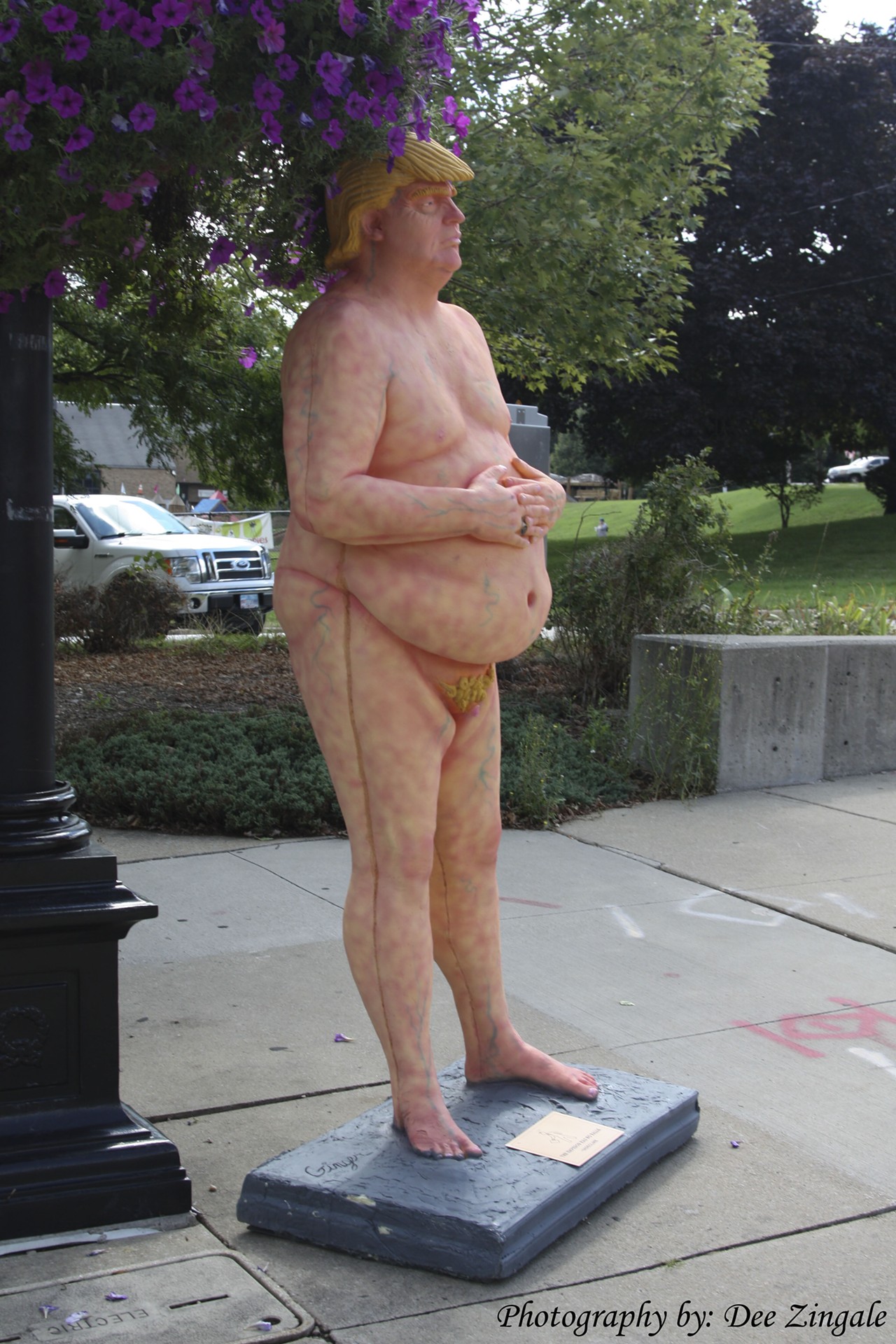 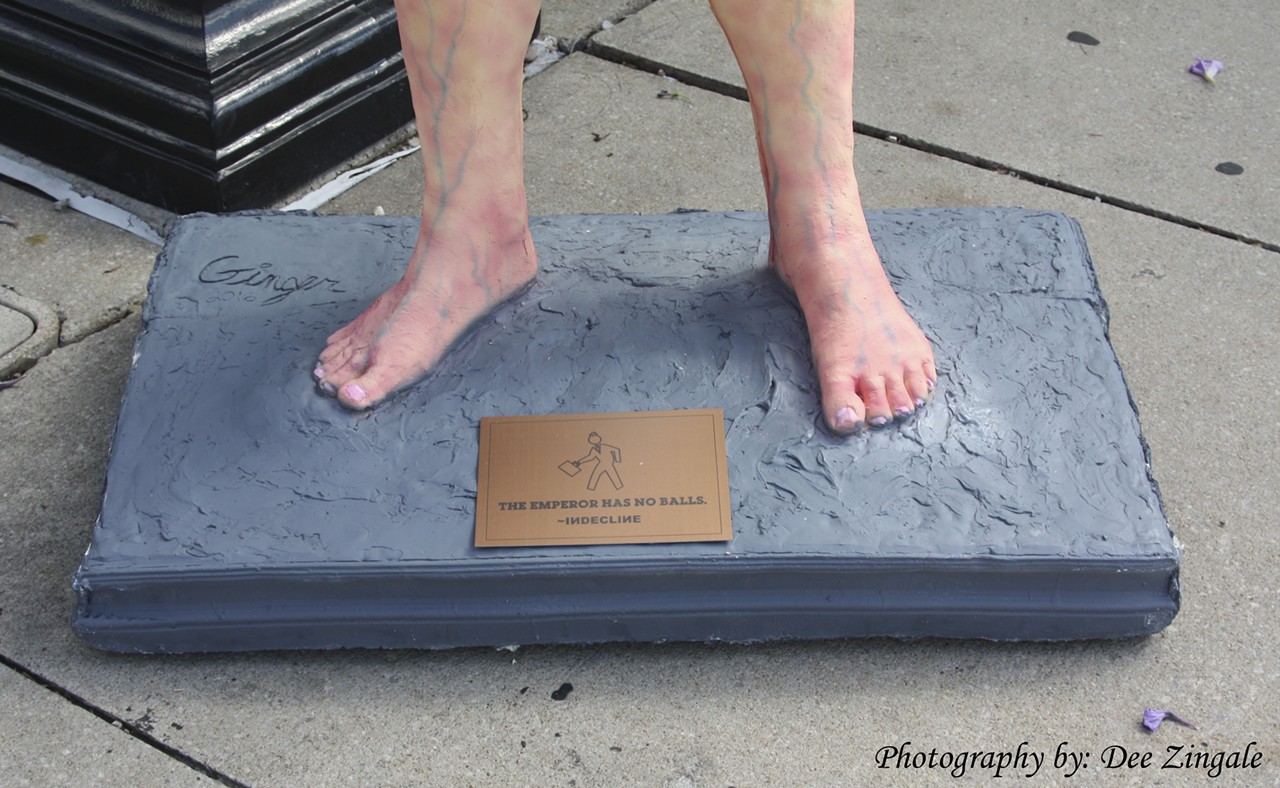 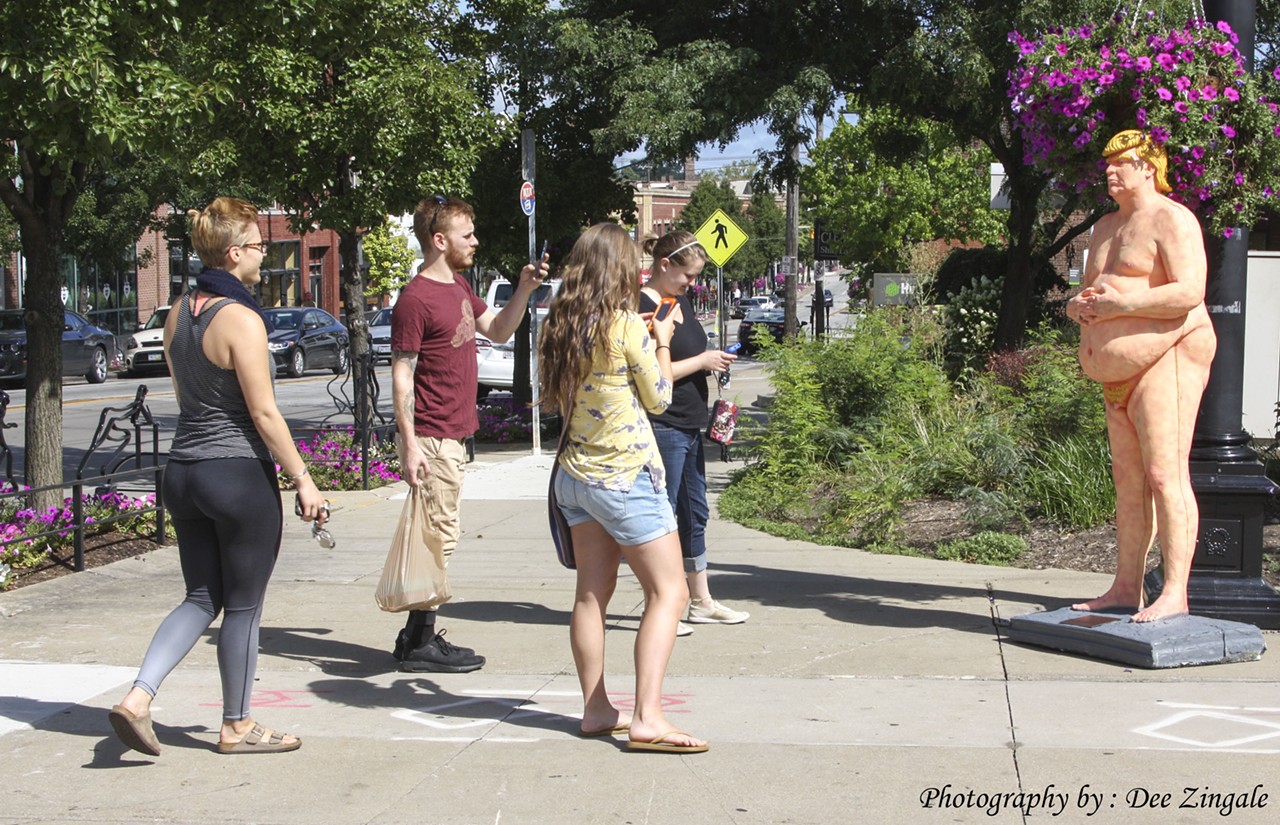 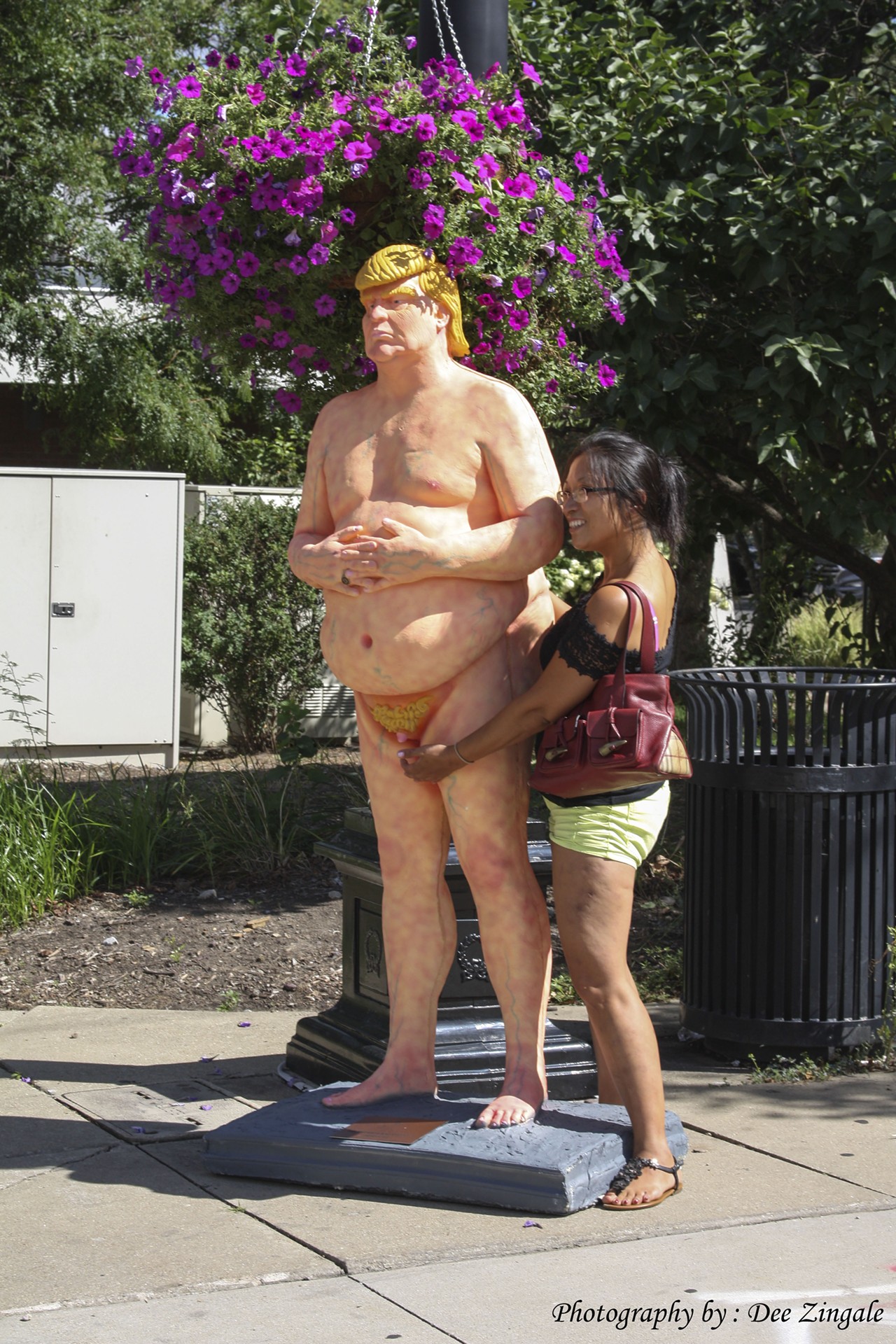 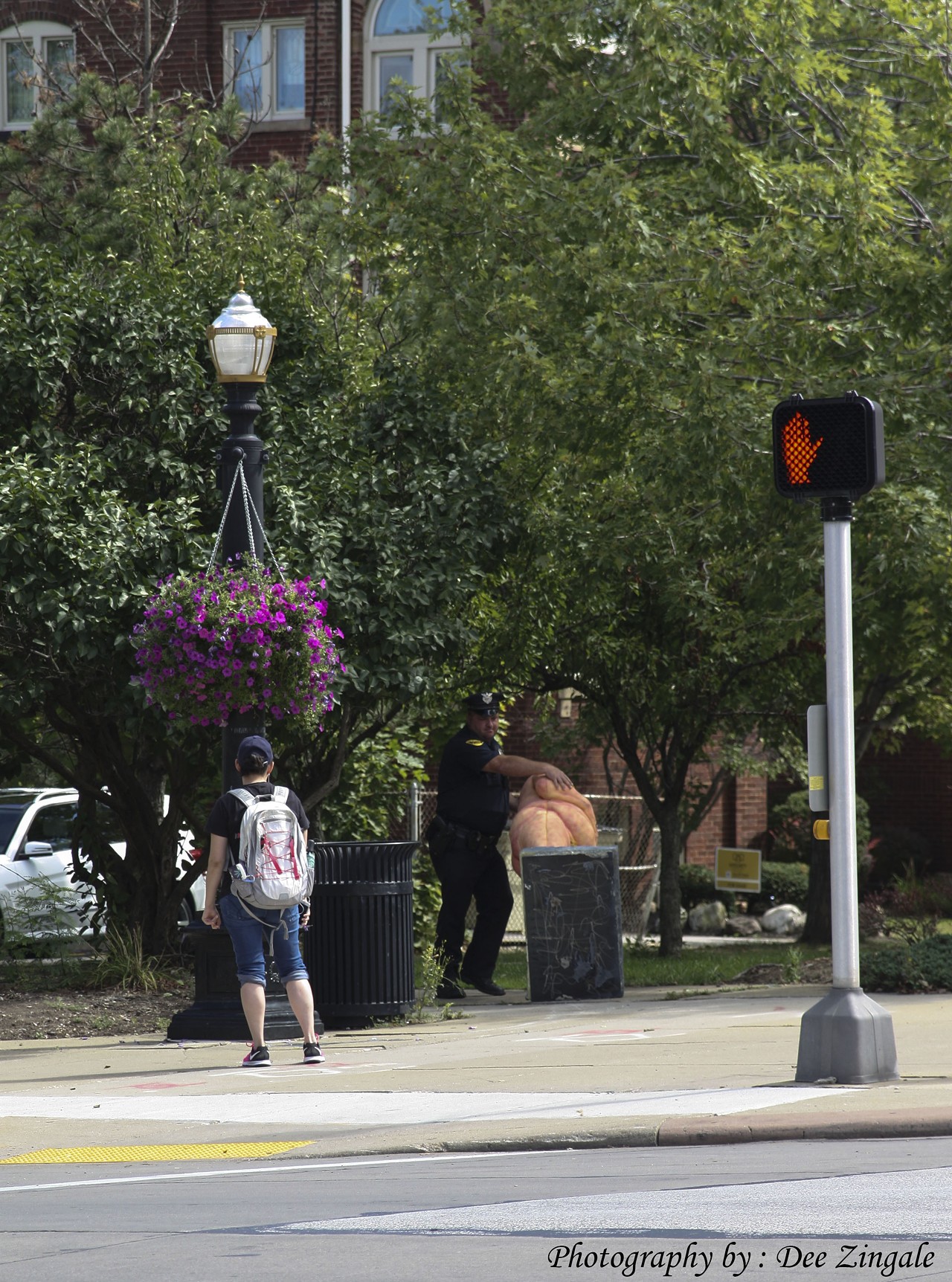 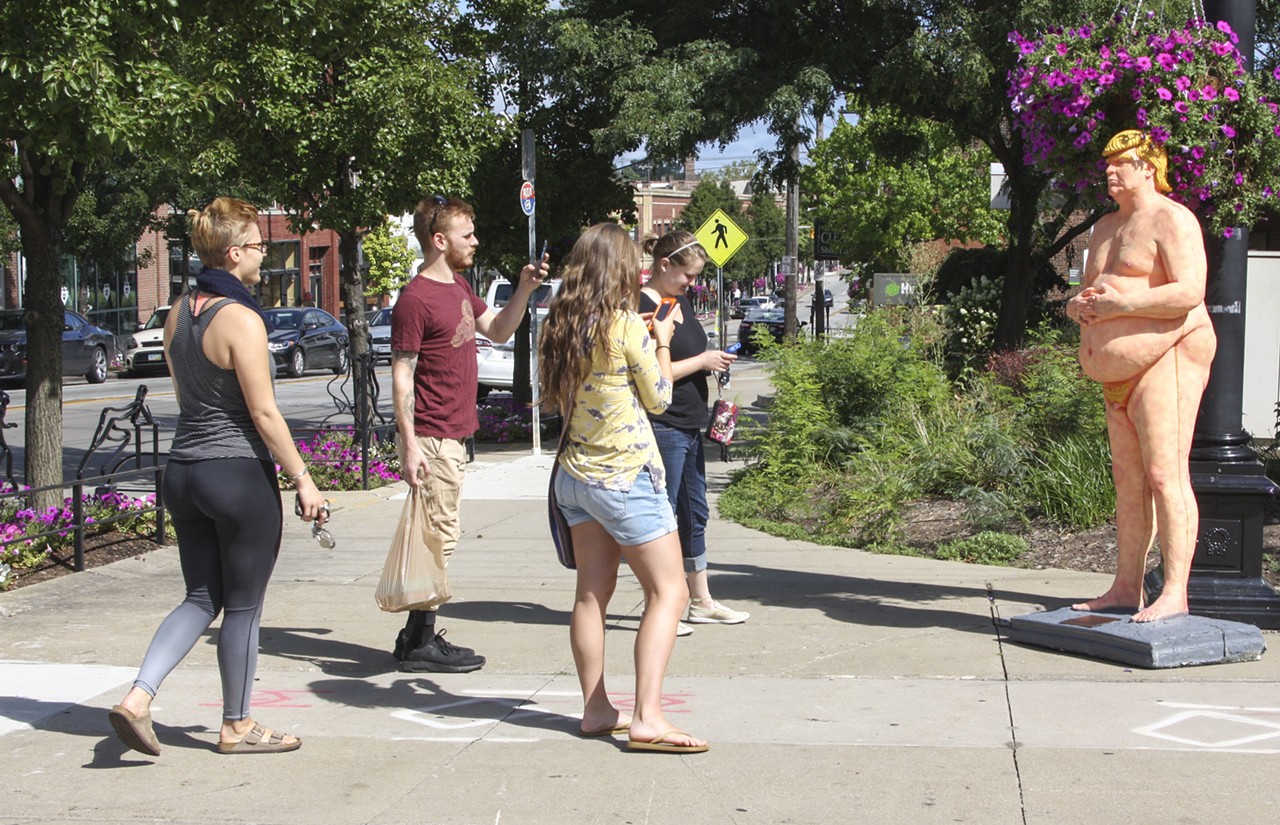 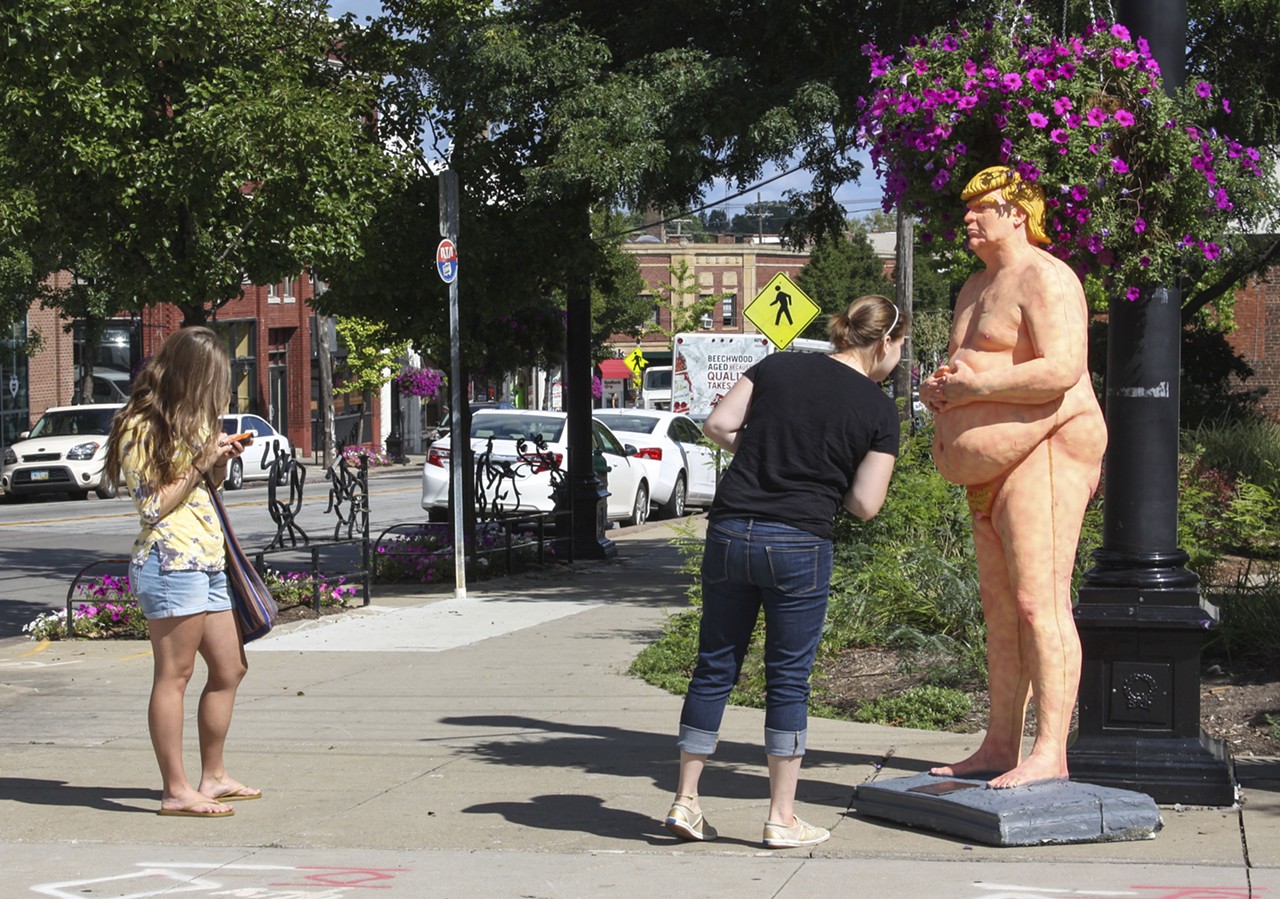 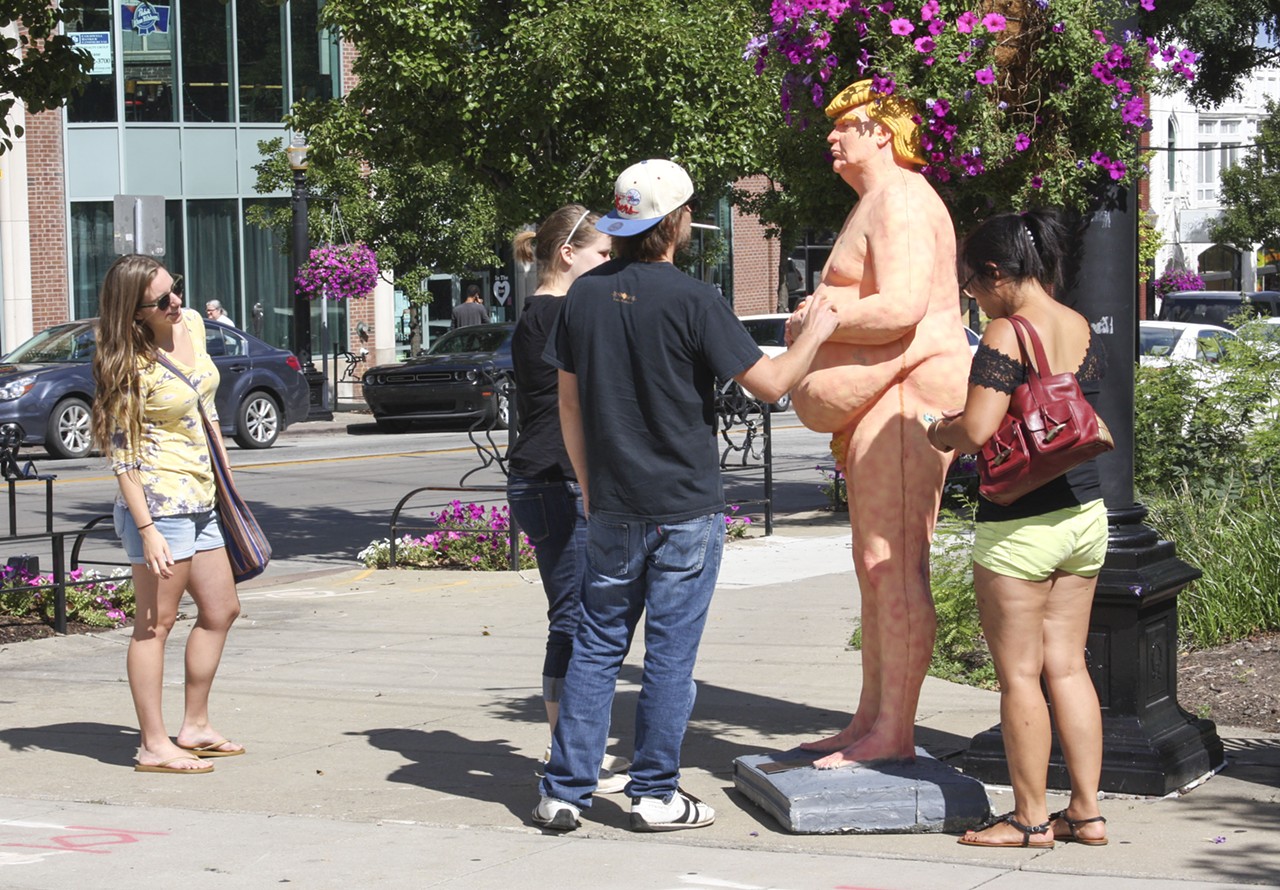 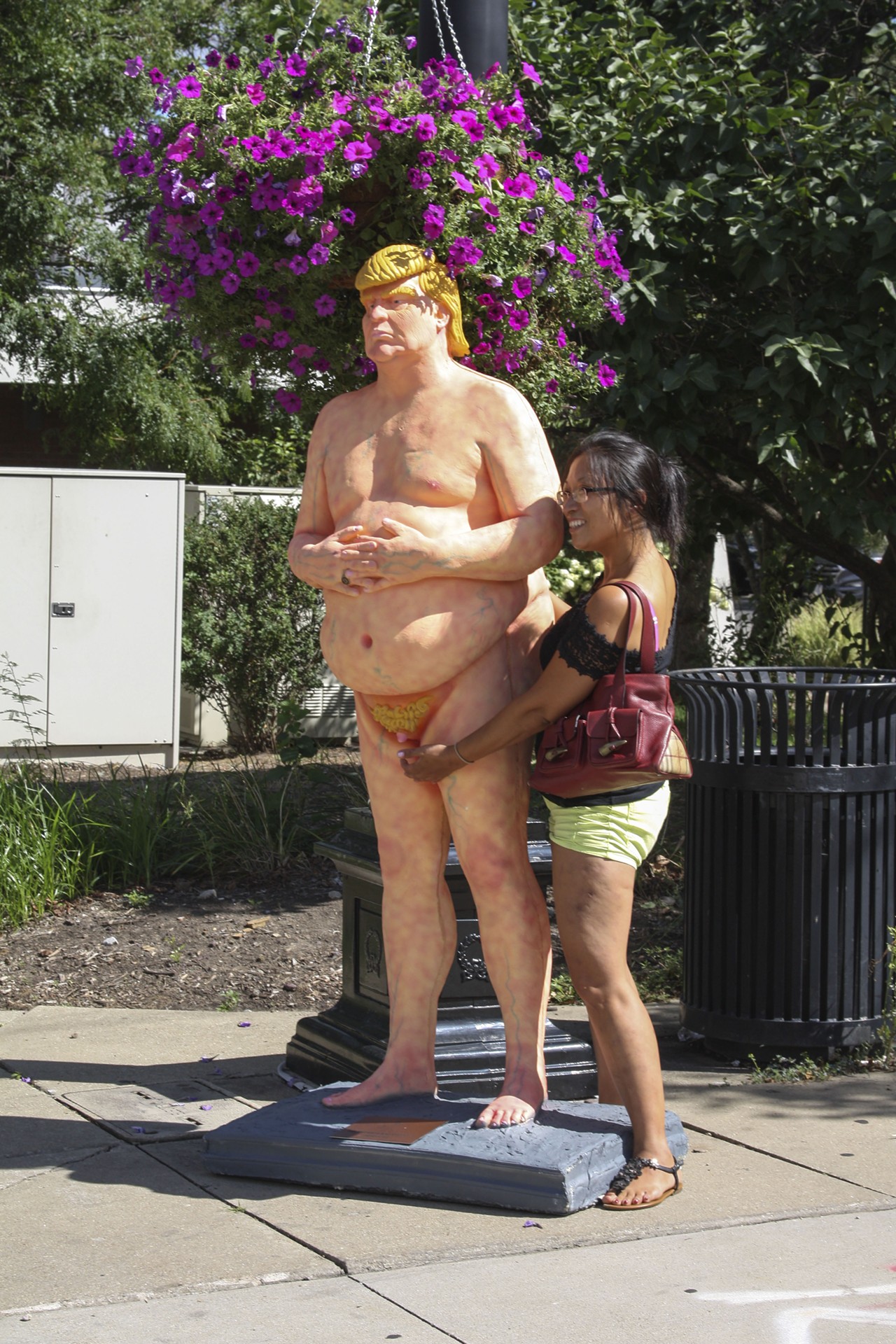 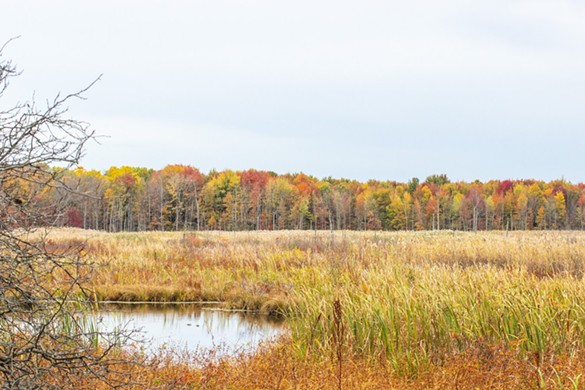 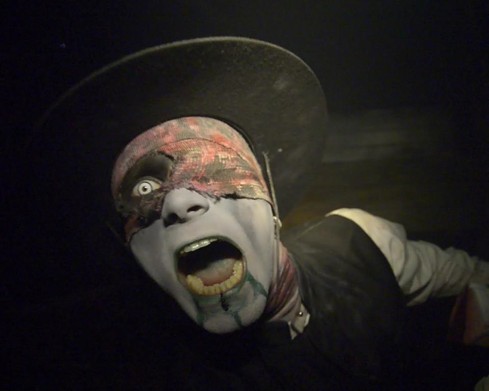 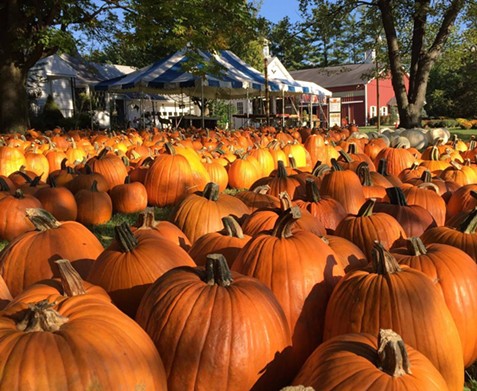 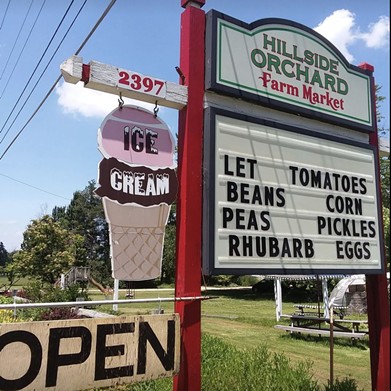 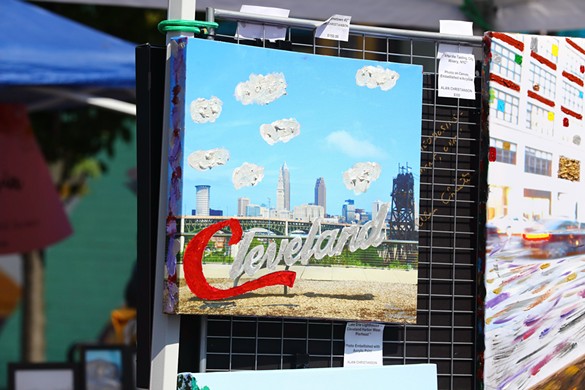 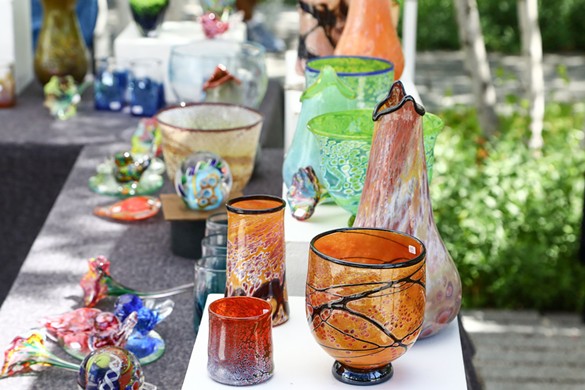