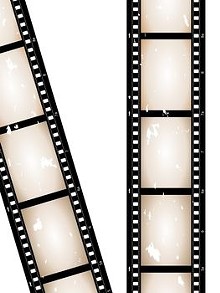 To coincide with its current exhibit Art of the American Indians: The Thaw Collection, the Cleveland Museum of Art (11150 East Blvd., 216.4221.7350, clemusart.org/film) will host Seeing Red: An American Indian Film Series. Locally based educator Marie Toledo, of the Jemez Pueblo tribe, will conduct discussions after several of the screenings. The series starts with Reel Injun (March 31), a 2009 Canadian documentary that provides an overview of how Native Americans have been portrayed in film. The series will feature Cleveland premieres of Barking Water (April 2 and 3), Four Sheets to the Wind (April 7), Before Tomorrow (April 9 and 11), Older Than America (April 21 and 23) and Alcatraz Is Not an Island (April 28).

"I had known for some time that this exhibition was coming, so I was making a list of potential titles whenever I heard of a Native-American film playing somewhere," says John Ewing, who's in charge of film programming at the museum. "I had heard about the films by [Oklahoma-based Seminole/Creek director] Sterlin Harjo and really wanted to show them, especially Barking Water, which had just come out last year. The art exhibit is wide ranging, so I had a lot of latitude. I didn't have to just find a movie from one tribe. When I went to Toronto last year, they were showing Real Injun, and I thought that would be a good one."

Additionally, Ewing will screen a restored 35mm print of Edward S. Curtis' 1914 silent film In the Land of the Head Hunter (April 25), which comes from the UCLA Film & Television Archive.

"I knew UCLA had restored it, but I was never able to do the whole UCLA Festival of Preservation; it was just too expensive," says Ewing. "But I thought I could take the one film out of the package and show it, and they were willing to let me do that."

As much as Native-American films seem to be a small niche, Ewing said he had plenty of movies to choose from. "There are a number of Native-American films made every year, and Sundance shows some of them," he says, adding that there are film festivals devoted solely to Native-American movies. "I checked websites to look for films, and once you get into the realm of documentaries, there are so many movies that delve into important issues. I'm really happy with series." The films screen at CMA's Morley Lecture Hall. Tickets are $8.