The Breast Fest eases the burden of cancer. 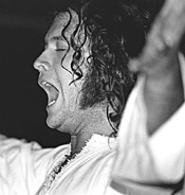 The Rock and Roll Hall of Fame will host the third annual Breast Fest Wednesday, October 15. The benefit event, for breast cancer patients in need of financial assistance, features the music of Cleveland singer-songwriters Tracy Marie, Robin Stone, Alexis Antes, and Kehri Spicel, as well as the jazz-soul group Blues on Purpose. Mary Bridget, vocalist for Blues on Purpose and an alumna of the [email protected], returns for her third year as emcee.

"It's not just a woman's disease," says Bridget, who has lost family and friends to the disease. "And it's a lot more prevalent than people think."

Area artists will display their work, and comedians will perform between sets from the bands. Giveaways and raffles are also planned.

Proceeds benefit the Barbara A. Leslie Fund at the Cleveland Clinic Taussig Cancer Center and will be allocated directly to breast-cancer patients in need of financial assistance. For more information or to make a direct donation to the fund, contact Alice Scesny at 216-444-6893.

· All the Mushroomhead that's fit to print: The dead-eyed Cleveland metal octet will unleash its new album, XIII, at an in-store party at the Parma Heights Exchange at 10 p.m. Monday, October 13. The masked men will appear in full regalia, with limited-edition "Girl With Guns" T-shirts for the first 800 fans who buy the CD.

The album, which drops on Republic/Universal Records, marks Mushroomhead's major-label debut. (Its last album, 2001's XX, was originally released on Eclipse before being reissued on Universal.) XIII features a hidden cover of Seal's "Crazy" and "The Dream Is Over," with guest vocals by Jens Kidman, singer of Swedish savant thrashers Meshuggah. The contribution is just the beginning of things to come: Mushroomhead singer J. Mann has launched his own label, Fractured Transmitter Record Company. Its first release will be a Meshuggah EP, tentatively set for spring release.

Cleveland has already had a small taste of the new 'Shroom. The first single, "Sun Doesn't Rise," is in rotation on 92.3 Xtreme Radio. The nationwide metal community can witness it this Saturday, when the track's eye-popping video debuts on MTV2's Headbanger's Ball. Directed by animator Vincent Marcone, the clip recalls the cuddly-goth musical The Nightmare Before Christmas, without the cuddly.

· They're still big in Europe: '80s Cleveland metal legends Shok Paris will reunite for two shows at next year's Bang Your Head Festival in Balingen, Germany, on June 24 and 26. The reunion of the classic Steel and Starlight lineup will be the band's first live performance in 14 years. Steel and Starlight, the band's second album, was originally issued in 1987, as a joint release on then-hot I.R.S./MCA and Auburn Records. Next year marks the band's 20th anniversary.

· Cleveland hot spot Modä made this month's BPM, the electronica journal of note -- sort of. Techno glitterati Danny Tenaglia, Behrouz, and Deep Dish are all featured in the magazine. Deep Dish, the Grammy-winning duo and cover-story feature boys, sport Modä hats -- ironic, considering that wearing a ball cap in the club would lead to slow death by a thousand glares.