Tuesday, October 21, at the Grog Shop. 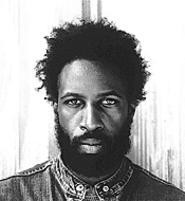 For the average person, "spoken word" is not a good thing. It evokes images of people with mics, flannel shirts, strident voices, and issues with their parents (or parent-substitute, the government). No thanks. Spoken word was pitched as a trend, hyped as poetry-meets-rock-and-roll. Suddenly, every coffeehouse had an open-mic night, Lollapalooza had onstage poetry slams, and the world got exposed to a lot of really, really bad poetry. The hype was a lie -- almost. Because out of the rubble, Saul Williams emerged.

"It is important to realize that poetry has always been recited," says poet/performer Williams. "That whole spoken-word thing being a 'craze' was absurd." That's easy for Williams to say: He's left behind the other once-rising stars of the movement (seen Maggie Estep around recently?) to carve out his own niche somewhere amid poetry and hip-hop and acting. In the eight years since he was discovered at an open-mic night, he has co-written and starred in the film Slam, recorded a band-based album with legendary producer Rick Rubin, rapped with MC-god KRS-One, and written two books of poetry. Williams is the closest thing poetry has to a rock star, unless you count Jewel (and we don't).

Rhyme, rhythm, alliteration, assonance, dissonance -- Williams employs all the little kinks of language that make just listening to speech so captivating. And he admits that his poetry works best when he's reciting it. "It's like the difference between breathing in from your nose or your mouth," he says. "Either way, there's a distinctive power. I think that perhaps the strongest power might be through hearing it. The same way that people listen to music and seeds are planted through hearing. Our process of hearing has a profound effect on us."

Email us at [email protected]m.