Cleveland aids the cause of manly desire (and football). 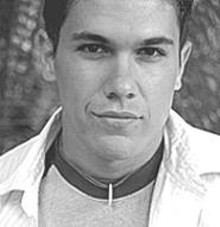 Cleveland continues to assist the cause of better sex through chemistry.

A few months ago, Scene reported that area hospitals were testing possible female equivalents of Viagra ("Just for Her," April 13). But the pharmaceutical industry is not yet finished stirring men's loins. MetroHealth is now calling for participants to test Cialis, a drug purported to enliven the manly apparatus for up to 36 hours (versus Viagra's five). It's already big in Europe, where it's known as "the weekender."

Though Viagra is an undisputed smash -- worldwide sales last year: $1.7 billion -- its limited longevity makes sex something to be scheduled by appointment. Cialis, in contrast, "allows for spontaneity, which is important in a relationship, because it allows couples to have a more normal sex life and not feel rushed," according to Dr. Robert Taylor Segraves, the chair of MetroHealth's psychiatry department.

Which means that men will no longer be forced to turn off the Browns in the 4th quarter with the game tied. Women, rejoice!

Blossom joined Road Rules as a replacement for Donell, a round mound who alienated fellow rulers by failing many of the show's physical challenges. "With his dark features, body builder's physique and eyes that can see right into your soul, Jeremy has never had a problem getting a girl," reads a profile of Blossom on MTV.com. It goes on to say that he "admits to being intimate with more women than years he's been alive and he's showing no signs of slowing down."

That was evident in his debut episode, when he got rip-roaring drunk and slurred his way through an attempted score with a female cast member. He even employed that guaranteed pickup line: Are your breasts real? Unfortunately, he passed out before he could close the deal.

Blossom was too busy jetting to New York for MTV's Video Music Awards last week to talk to Punch before deadline, but we did track down his father, Nathan, who tells us that Jeremy hopes to parlay his experience into a job as a casting director for reality shows. "He knows the criteria of what they're looking for," says Nathan.

And if he can't turn his 15 minutes into full-time fame, "He'll go back to school at Tri-C."

Joe learns a lesson
Say this about Joe Cimperman: The man knows how to rise from a hit.

A few months ago, the councilman proposed that hours for downtown parking meters be extended until 10 p.m. on weekdays. The idea came at the behest of merchants, who hoped to keep their employees from hogging street parking, thus freeing it up for customers.

Unfortunately, the fair citizenry viewed it as a money grab, and the debate swiftly degenerated into a bitch-fest about the hassles of going downtown.

But the councilman is coming back for more. His new plan: Open every downtown street to free parking after 6:30 p.m. He also hopes to stop the elimination street parking during Browns and Indians games. "The idea was to get the quickest traffic routes out of the city," he says. "But we want to encourage people to stay downtown."

It's a dramatic change in logic, Cimperman admits. Fielding angry calls from Parma to Shaker Heights will do that. "The amount of input I got was extraordinary," he says diplomatically. "When this legislation passes, I'm going to invite these people downtown and let them know it's now user-friendly."

But Punch predicts he'll simply face a new onslaught, this time from fans bitching about how hard it is to get to Browns and Indians games.

Can I get a witness?
As we first reported last month ["Fox in the Jailhouse?," August 6], attempts to prosecute a Northeast Pre-Release Center guard accused of having sex with two female inmates ran into a slight snag: The investigator -- and the prosecution's chief witness -- had himself been accused of sexually harassing female prison employees.

The investigator, Curtis Patrick, was eventually cleared by prison officials. Warden Bennie Kelly insisted that Patrick's credibility had not been compromised. But the lawyer for William Wheeler, the accused guard, threatened to raise the sexual harassment issue at Wheeler's trial. Prosecutors found a way around the potentially embarrassing situation: They didn't put Patrick on the stand.

It was hardly an ideal strategy. At Wheeler's first trial ["Authority Problem," March 12], Patrick offered some of the most compelling testimony, walking jurors through surveillance-camera footage that showed Wheeler repeatedly visiting an inmate, in apparent violation of prison policy. The trial eventually ended with a hung jury.

If the prosecutors were to win the second go-round, they would need all their ammo. Without Patrick, they were shooting blanks.

It took jurors just two hours to find Wheeler not guilty last week. His lawyer, James Willis, was elated. "He was fearful, I'm sure," he says of Patrick.

Real Collinwood
Cleveland International, home to such diverse recording artists as Meatloaf and Drew Carey, has compiled songs that capture the flavor of the boys in the 'hood -- albeit 50 years ago. Welcome to the Real Collinwood is a collection of polka and other Euro-ethnic tunes, the pop music of choice in the enclave of Slovenian and Italian immigrants back in the '50s and '60s.

Steve Popovich Jr. got the idea after seeing Welcome to Collinwood. "The movie had no essence of Collinwood," he says. "So I had this idea to gather up recordings from all the Cleveland legends that made that place great."

Frankie Yankovic, the Gigolos, and Rocco Scotti are featured on this nostalgic soundtrack from old-world Collinwood. As of yet, there are no plans to invite other classic Collinwood acts, such as Raw Ice Dynasty and K-Chill, to serve as opening acts on the reunion tour.

Beautiful people
Models, dancers, and the VIPs who love them all converged on Grays Armory last week for a drunken, bawdy celebration of brand loyalty -- to Maxim magazine and Bud Light.

Whether it was a party or a photo shoot is yet to be determined. Flashbulbs snapped with alarming frequency, and the revelers - secure in the knowledge that their pictures would be generously airbrushed - were more than happy to pose.

The most brilliant touch, however, was in the rumor-spreading that preceded the soirée. It was billed as the party of the season. Word went out a month ago that the time and place would remain a mystery. The guest list, a veritable Who's Who of beautiful people, was to be zealously enforced.

But it didn't turn out that way. Judging by attendance, roughly 500 people were in on the secret. Which offers a lesson to Indians' management: Stop publishing a schedule and selling tickets. Just start the rumors and the guest list. More important: Don't forget the free beer.