Sunday, March 30, at the Beachland Ballroom. 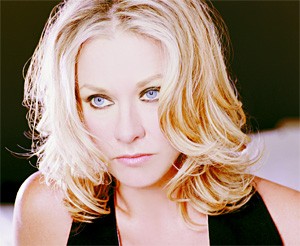 It was only a matter of time before Shelby Lynne got around to recording Just a Little Lovin'. Her 2000 tour de force, I Am Shelby Lynne — which transformed the hard-luck country singer into a blue-eyed soul siren à la Dusty Springfield — was followed by one blundered makeover after another. Just a Little Lovin' cuts to the chase: It's a disc filled with songs made popular by Springfield during her '60s peak. And while the bedroom-voiced Lynne is more than capable of delivering songs like "You Don't Have to Say You Love Me" and "The Look of Love" with both the subtlety and sensuality they require, it's all kinda pointless, when there are plenty of great Springfield anthologies available.