with Downset, Slaves on Dope, and Primer 55. Thursday, October 12, at the Agora.

By John Benson
The Contender 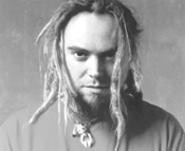 On Soulfly's 1997 self-titled debut disc, singer-guitarist Max Cavalera did little to hide the bitterness that stemmed from his acrimonious split with Sepultura, the influential Brazilian hard-core group he used to front. On "Eye for an Eye," the disc's first track, he declared, "I am what I create/ Believing in my fate/Integrity is my name/ All that I am doing/Can never be ruined/My song remains insane." His anger -- which came through in pontificating lyrics, primal beats, howling vocals, and grating guitars -- was only fueled by the confusion surrounding the murder (still unsolved) of his best friend/stepson. Cavalera didn't have to dig deep to find the open wounds of unresolved issues. On Soulfly's sophomore effort, Primitive, he continues to vent, but has expanded his musical vision. Joined by various guests (Slipnot's Cory #8, Deftone's Chino, Slayer's Tom Araya, and singer Sean Lennon), Cavalera, who plays a four-string guitar that delivers a harsher sound than its six-string counterpart, melds a variety of diverse styles. The frenetic "Boom" and the instrumental, Dead Can Dance-sounding "Soulfly II" are clear digressions, and his collaboration with Cory #8 on "Jumpdafuckup" features bellowing vocals and razor-sharp guitar chords that are juxtaposed with melodic moments of serenity. And, even though Cavalera uses the word "fuck" more than a comedian on a Def Comedy Jam special, he's not swearing just for shock value; limited vocabulary or not, he remains one step ahead of most of today's major rap/metal players.