Michele K. De Frasia lays it out for you. 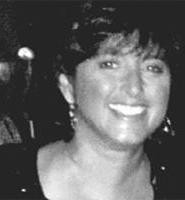 What are you listening to lately?
The Cure, Alabama 3, John Lennon, The The.

What Phantasy Club show was the most memorable?
One of the most memorable ones was when Brian Brain performed at the Phantasy Nite Club. The band featured Martin Atkins from Public Image, currently of Pigface and owner of Invisible Records. He had two former Go Go's in his group at that time. I booked them the weekend of my birthday, back in the late '80s. Then, the next day, they and Trent Reznor and John Malm surprised me and came over to my parents' house for my birthday party. The band was dressed all in plaid, and Martin was dressed in a ruby-red vinyl suit. Not sure what the neighbors thought.

Does Trent Reznor call you anymore?
I haven't heard from him in years.

Thoughts on the Cleveland music scene in 2006?
I've noticed a change in the style of bands. I'm seeing more pop-influenced bands with good lyrics, good hooks. What I don't like are the corporate companies buying out the tours. The little guy doesn't have a chance, except with underground, creative, and fresh new bands, which isn't so bad. But as soon as you get the bands going, the corporate clubs take them. Just a vicious cycle. I guess they need the little guy to find the fresh new talent.

What aspect of yesteryear's scene do you miss?
I miss the '80s and early '90s. The music scene was great; we had the Psychedelic Furs, Simple Minds, Public Image, Iggy Pop, EMF, the Jesus and Mary Chain, the Thompson Twins, John Hiatt, and many, many more.