Sounds of the Season

This year's batch of holiday albums includes the Glee kids and Mariah (again!) 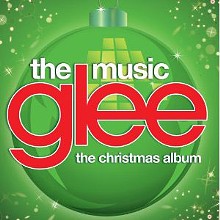 Once you've plastered the outside of your home with oversized inflatable Santas and a ridiculous amount of lights, it's time to head indoors and enjoy a holiday tradition: this year's batch of new Christmas music. There's a bunch to choose from — covering pretty much every genre you can think of (nope, we didn't forget about you, Parrotheads). To make your already-long shopping list a bit easier to manage, we've broken down some of the year's biggest holiday albums.

They're one of today's most popular bands — country or otherwise — and their second album, Need You Now, has spent a large chunk of 2010 near the top of the charts. This Christmas-themed EP (available exclusively at Target) includes the standards "Silver Bells" and "Let It Snow," a feisty take on Mariah Carey's modern-day classic "All I Want for Christmas Is You," and an original, "On This Winter's Night."

Dear Santa: I've been very good this year. Please don't make me listen to "one of the pre-eminent steel drum players in the world" perform Christmas songs enhanced with island sounds. Call us closed-minded, but the fact that Greenidge's boss, Jimmy Buffett, shows up for a song tells us everything we need to know about this album.

The 49-year-old Scottish sensation, whose angelic voice got old people excited about music again, spends most of her holiday album singing standards like "O Holy Night" and "O Come All Ye Faithful." But she's also taken care of your New Year's Eve soundtrack with a rousing version of "Auld Lang Syne." And just to make sure this doesn't get packed away with the tinsel, she also covers non-seasonal songs by Lou Reed and Crowded House.

Of course the kids from TV's peppiest show are elbowing in on the Christmas-music market — they've released albums celebrating everything else this year. And of course Jane Lynch's semi-evil cheerleading coach is the Grinch. Even though there are plenty of obvious choices here, tons of folks are going to enjoy the sleigh bells out of this one.

The Eurythmics singer and global solo star added a touch of holiday spirit to her 1988 cover of "Put a Little Love in Your Heart" with Al Green. Here, she devotes an entire album to seasonal songs, both classic and obscure.

If you pick up the who-knew-they-were-still-around? trio's first holiday record at Barnes & Noble, you'll find a special version that includes three sing-along tunes. Presumably, you'll end up on Santa's naughty list if you try to join in on the other songs.

Less a who's-who of modern metal and more of an "Oh yeah, I wondered what happened to ...," this compilation pairs artists for amped-up versions of holiday classics. The main draw is "God Rest Ye, Merry Gentlemen," featuring Black Sabbath guitarist Tony Iommi and the late, great Ronnie James Dio.

The enduring folk-rock duo mixes classics (we're pretty sure it's some sort of law that "O Holy Night" has to be included on every single Christmas album released this year) and a handful of originals on their first-ever holiday record. Demonstrating the true spirit of the season, they even include a Hanukkah song.

The soundtrack to Simpson's PBS special, and her second holiday collection, is a traditional and surprisingly tasteful set short on the gaudy spectacle most of Simpson's projects exhibit.

Speaking of the knocked-up Mrs. Nick Cannon, she returns with the creatively titled follow-up to one of the best-selling Christmas albums of all time, 1994's Merry Christmas. This one's another blend of solid originals and classic Yuletide songs that push Carey's unquestionably gifted voice toward the quality songs it deserves.

Looking to travel a bit beyond our borders this holiday season? Head to the Great White North for a classically influenced pop quartet, or to Ireland for a six-headed vocal storm or three singing priests. No, this isn't the start of a bar joke.