The Animal Protective League wants its funding cut. The city, broke as it is, won't do it. 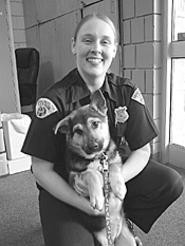 The killing tapers off in the winter. When it's cold and there's snow on the ground, Jennifer Turner gets to drive around the city in her Plymouth minivan looking for animals to save, not exterminate.

Turner is a humane officer for the Cleveland Animal Protective League. She's driving down Gilmore Avenue in west Cleveland when a fuzzy beige dog trots across the road. Turner parks the van and walks slowly to the dog. "Who's a good boy?" she says. The dog nearly leaps into her arms, then starts shivering violently. His collar gives a name -- Shaggy -- and an address. Turner loads the dog into the van, finds his home, and admonishes his owner for letting him loose. She offers to give the owner a cage, so that Shaggy can't continue to flip the lock on the front door and escape.

"You see? This is what this job is supposed to be about," Turner says.

But her job changes in the summer. That's when the skunks, possums, raccoons, and groundhogs scramble out of their hiding places to eat, socialize, and mate. In the process, they often scare holy hell out of the citified inhabitants of Cleveland.

When panicked residents call the city, the city calls the APL. Cleveland pays the league up to $100,000 a year to trap wild animals, though last year the group used only $60,000. And when the APL responds, state law says, it has only one course of action: Trap and kill.

But the APL's new director says killing 1,200 wild animals a year is a strange job for an organization with "animal protection" in its name. "It's an ethical issue," says Dori Villalon, who worked for the Humane Society in Boulder, Colorado, before taking over the APL in October. "This is not the job that the APL should be doing. I'd much rather see these officers spend their time investigating the cat that a neighbor's kid set on fire or the dog that hasn't had food for three days."

Lucky for Villalon, she happened to arrive in the middle of the worst fiscal crisis since the Kucinich reign. She's making the most of it, with a proposal that could help the city take a small step back to solvency and resolve the APL's moral quandary at the same time. Villalon wants Mayor Jane Campbell and the City Council to gut the APL's entire contract. "Killing innocent raccoons doesn't exactly float our boat," she says.

In a tribal city like Cleveland, where every union, ethnic group, and arts troupe guards its pot of public money with the tenacity of an Afghan warlord, Villalon's offer seems weirdly magnanimous. But even though they face a $61 million deficit, city officials are keeping a cool distance from the idea. They seem worried that Cleveland could suffer another PR hit if they leave the city's ramparts undefended against a possum invasion.

"I'm sure we would get complaints if we did this," says Councilwoman Patricia Britt, who chairs the Council's Health and Human Services Committee. "Even in good times, when services are great, we always get complaints. I'm expecting people will say, 'Well, here we're losing something else.'"

Adds Celeste Glasgow, the mayor's spokeswoman: "We will consider the proposal, but at this point we're not taking the line item off the budget. We still need to be responsive to residents' requests when they have raccoons and skunks disrupting their property."

But according to the APL, trapping and killing animals may actually exacerbate the problem. Consider the big raccoon that comes every night to eat the cat food that's been conveniently left on the back stoop. If the cat owner freaks out and kills the big raccoon, Villalon says, the baby raccoons in the neighborhood suddenly have a lot more Meow Mix at their disposal, which allows them to fatten up and have babies of their own instead of suffering the cruel fate of the unfed scavenger. Rather than dying off, the population grows. "Trapping doesn't do any good," Turner says. "It just makes more room for new litters."

City officials admit that they're unschooled in reproductive patterns of raccoons, so they're inclined to agree. "We have no reason to question that reasoning," says Matt Carroll, director of the Department of Public Health. Still, Carroll doesn't want to go down as the guy who allowed groundhogs to conquer Cleveland. "We're willing to talk more about it. It would be a major change in policy to go that route."

Instead of killing, Villalon says, it would be more effective -- and cheaper -- to teach people how to keep wild animals from becoming pests in the first place. Stop leaving cat food outside. Let the birds find their own seed. And if some mama raccoon decides to take up residence underneath the front porch, try sticking something down there besides a trap. For example, like many of their human counterparts, "raccoons really hate talk radio," says Villalon. "And once you scare them out with that, patch the hole in the porch so they can't come back."

The APL would still be available for true wildlife emergencies, Villalon says. The league is also offering to help the city educate residents about nonlethal ways to convince pests to move on. It would even be willing to do both for free, Villalon says. But for now, city officials seem determined to look her gift horse in the mouth.

"I don't want to leave the city high and dry," she says. "But frankly, my staff does too much killing right now."