The 10 Movies We're Most Excited About This Fall 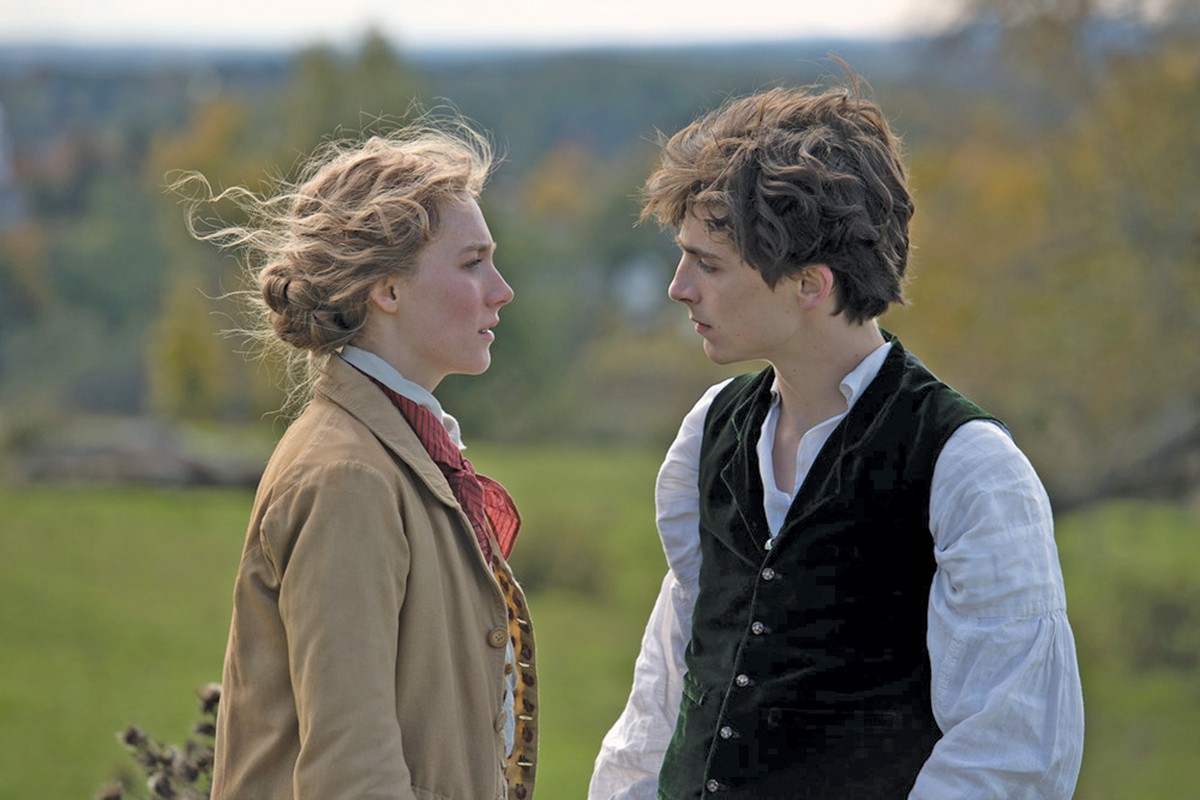 As our review on Pg. 29 attests, this deep-space mystery thriller starring Brad Pitt is one of the year's boldest and most spectacular films. Pitt is an astronaut on a secret mission to find his long-lost father (Tommy Lee Jones) in the outer reaches of the solar system. Director James Gray (The Lost City of Z) does for the colonization of space what Francis Ford Coppola and Apocalypse Now did for the war in Vietnam: chronicles the breadth of its everyday horrors. The grim near-future landscapes are as richly rendered as the emotional tumult of these questing, questioning explorers. Also starring Ruth Negga, Donald Sutherland and Liv Tyler.

Despite our general antipathy toward whatever we're supposed to be calling the D.C. Cinematic Universe — Remember Batman V Superman? Remember Suicide Squad? Yuck! — we're holding out hope for the Joker origin story starring Joaquin Phoenix and Zazie Beets. Phoenix's interpretation is bound to be more watchable than the neon psychotics of Jared Leto. And the New York City streetscape, we're pleased to note, recalls the muted retro palette of Marielle Heller's Can You Ever Forgive Me? In the hands of Phillips (The Hangover), it'll be interesting to see how Joker's messaging critiques or extrapolates upon the current U.S. culture of toxic masculinity.

A black-and-white period piece starring Robert Pattinson and Willem DaFoe, directed by Eggers, who exploded onto the scene with the 2015 throwback horror, The Witch? Yes, please. Who knows what this is about, beyond the two fine actors and the setting — a lighthouse in the 1890s? But who cares? Eggers' atmospherics will carry the day. Also, we'll admit it. We're suckers for lighthouse movies. The Light Between Oceans, starring Michael Fassbender and Alicia Vikander, was weirdly among our top 10 films of 2016.

After this summer's heartwarming crowd-pleaser The Peanut Butter Falcon, everyone ought to be on Shia LaBeouf's team. We certainly are. This film, from an autobiographical script written by LeBeouf, follows a boy thrust into the entertainment industry as he reconciles with his family and deals with substance abuse. LaBeouf co-stars, but Lucas Hedges (Manchester by the Sea) plays the lead.

Though it's by no means anticipated to be the highest-grossing film starring Adam Driver this Oscar season — that honor will fall to Star Wars Episode 9 — The Report may be the best. Driver plays real-life Senate staffer Daniel Jones, who's tasked by his boss (Sen. Diane Feinstein, played by Annette Benning) to lead an investigation into the CIA's detention and interrogation program after 9/11. He uncovers, the promotional literature assures us, "shocking secrets." Give us edge-of-your-seat political thrillers that critique U.S. policy or give us death!

Breakout hit alert: Matsoukas, a Grammy award-winning music video director, takes the reins on this drama-thriller about a first date gone wrong. Daniel Kaluuya (Get Out) and Jodie Turner-Smith (Jett) get pulled over by the cops, and shit spins out of control from there. Co-written by her majesty Lena Waithe, and co-starring Chloe Sevigny, Queen & Slim could lowkey be the movie that everyone's talking about come December.

Anything the Safdie brothers touch turns to gold. Or in this case, to diamonds. The brothers behind 2017's Good Time — a top-5 film that year for us — team up with Adam Sandler, who plays a jeweler racing against the clock to pay off his debts. After Sandler's parade of Netflix garbage, Uncut Gems may be the Punch-Drunk Love of Sandler's late career. That is to say, it may be, excuse me, a diamond in the rough.

Though it's a touch odd that a film exposing the culture of sexual harassment at Fox News will be directed by Jay Roach, known for cultural touchstones such as Austin Powers and Meet the Fockers, we're nevertheless psyched for the portrayal of Gretchen Carlson, Megyn Kelly and Kayla Pospisil by award-season staples Nicole Kidman, Charlize Theron and Margot Robbie, respectively. The elevator trailer is the most memorable of 2019.

Talk about a Christmas present. Gerwig's followup to 2017's masterful Lady Bird has one of the most talent-studded casts of the year. Recurring collaborators Timothée Chalamet and Saoirse Ronan are joined by the likes of Emma Watson (!), Midsommar breakout Florence Pugh (!!), Laura Dern (!!!), Meryl Streep (!!!!) and more. Louisa May Alcott's 19th century tale of teenage sisterhood has been adapted before — Winona Ryder, Claire Danes and Christian Bale starred in the '90s version — but Gerwig's razor-sharp direction should give this one a contemporary edge.

Sam Allard is the Senior Writer at Scene, in which capacity he covers politics and power and writes about movies when time permits. He's a graduate of the Medill School of Journalism at Northwestern University and the NEOMFA at Cleveland State. Prior to joining Scene, he was encamped in Sarajevo, Bosnia, on an...
More
Scroll to read more Fall Arts Guide articles
Join the Cleveland Scene Press Club