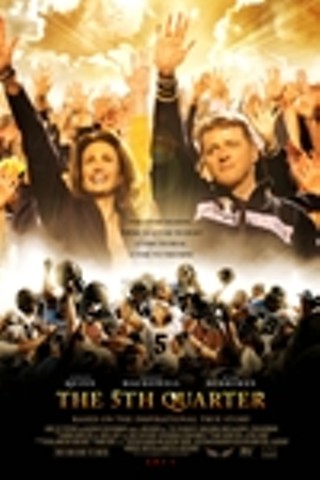 An emotional, true story about family, inspiration, football and the gift of life. When a tragic car crash claims the life of 15-year-old Luke Abbate, his older brother Jon considers ending his own college football career but instead decides to honor his brother's memory and continue playing. With his coach's aproval, Jon changes his jersey to Luke's number 5, and dedicates the upcoming football season in remembrance of his younger brother. Driven by Luke's memory, Jon leads his underdog Wake Forest Demon Deacons to the ACC Championship, as they become the most improved team in America. With the support of his family, Jon helps rally a team, a school and a community to achieve more than could ever have been imagined.

The 5th Quarter is not showing in any theaters in the area.