The Brothel of Bedford: The Prostitution Bust and the Corrupt Officials Who Went Down with It

Operating above the dentist office, driving school, lawyer and insurance agency in the boxy office building in a boring stretch in Bedford was a different kind of business not included in the Walsh Professional Building signage out front with the others.

Up on the third floor was a massage studio, one with online advertisements for "the hottest rub you could imagine" from girls with names like Lola, Kendra, Rayne and Star.

When federal and local authorities finally raided the top floor of the Walsh Professional Building and its covert tenant last fall, they found not just a simple massage parlor called "Studio 54," but a full-on brothel, a secretive den whose business "provided a menu of services ranging from nude massages to sex acts," according to prosecutors.

Soon after, it also turned up something perhaps less surprising, at least in Cuyahoga County: corrupt public officials. The looming shadow of Jimmy Dimora is hard to escape in this working-class Cleveland suburb, after all.

"You've seen a couple of recent massage parlor brothel-type operations we've shut down," County Prosecutor Timothy McGinty said in a Cuyahoga Council meeting in early November, five weeks after the raid. "And there will be some corruption arrests coming out of those shortly."

Jim Walsh, the 71-year-old owner of the office building, was arrested on Sept. 30 for running the brothel and money laundering. In December, down went two of the most powerful people in Bedford: municipal court judge Harry J. Jacob III and law director Kenneth Schuman, customers who allegedly went the extra mile of shielding the brothel from the law.

The Brothel of Bedford: The Mugshots and Inside The Office Space 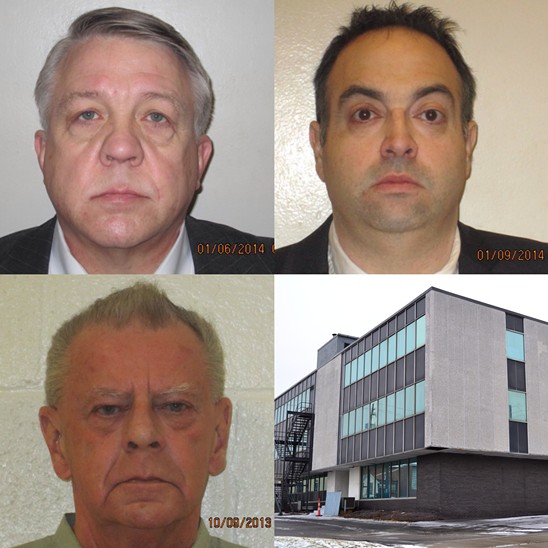 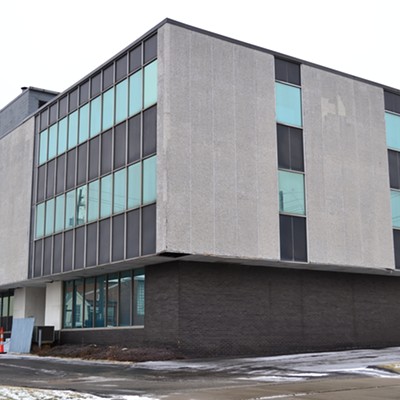 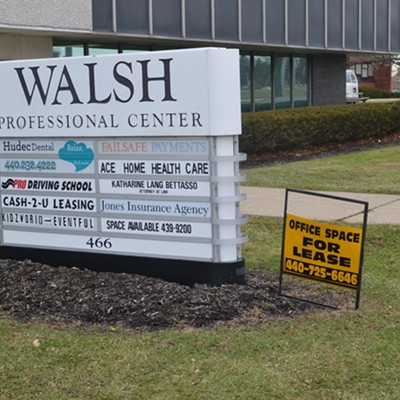 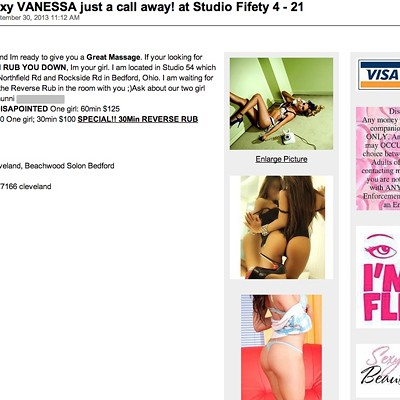 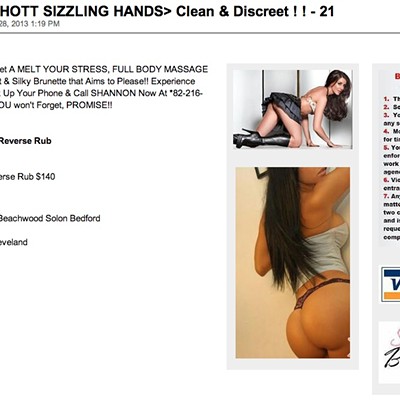 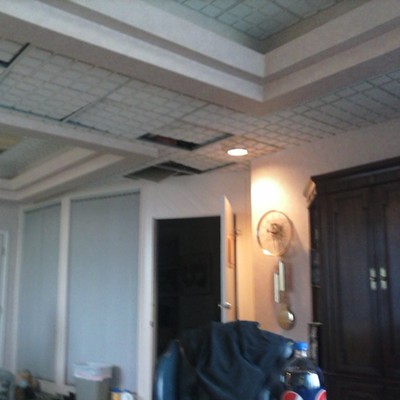 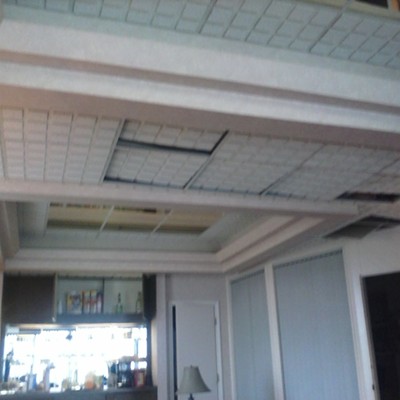 Jim Walsh's listed address is in Willoughby but, since separating from his wife a few years back, he had been living in the third floor of the office building that bears his name. He collected rent from businesses on the first two floors; he ran his own gig on the third.

"I was working at Lido's, the strip club on West 117th St.," says a woman in her mid-20s who we'll call Michelle (not her real name) in a written interview with Scene. That's where she met Walsh, a regular at the establishment. "[He] came in and started telling me about his massage studio he runs in Bedford. So he gave me his number, I called him a few days later, he picked me up and took me to the office."

She and other girls worked there seven days a week, from about 10 a.m. until 6 or 7 p.m., sometimes later. Their uniform: "sexy lingerie, thigh highs and high heels or bare feet."

Walsh also advertised online, touting the dream of an "unlimited income." From an August 2013 posting: "Girls needed to give body rubs to male based clientelle in a clean, discreet studio. No experience necessary. Great opportunity to make unlimited income. Please Call Candice or Jim [phone number] and send photo to [email protected]"

"When I first started, it was just me for a while," Michelle says. She briefly quit when Jim brought on another girl she didn't get along with ("a cunt," who she blames for bringing law enforcement heat on the business when she was having sex with too many clients). "But I needed the money so I went back. As time went on, we got more and more girls, and by the time we got raided we had six girls there."

Usually all six would be working at the same time, entertaining clients who found the ads (some of which appeared in Scene) in the four private rooms with massage tables. On busy days, Michelle would see up to five men. On slow days, one or two, and sometimes none at all. On those days, they'd all hang out in Walsh's office, smoking weed and watching TV or movies, she said.

According to Michelle, clients would "read a disclaimer stating we were not liable if they were hurt during the massages and stated they were not affiliated with law enforcement. Then they would pay and be taken to the room where the girls would wait three minutes and go in to do the massage."

The online ads were mostly posted on backpage.com. Some were relatively specific. One posted the day of the raid started, "Hot and Sexy VANESSA just a call away! at Studio Fifety 4 - 21":

Other ads were more vague, employing the sort of suggestive language that maintained plausible deniability.

The menu: $100 for a half hour, $125 for a full hour. A "reverse rub" (where "half the time I rub you and the other time you rub me," explains Michelle) was an extra $50. Having two girls at the same time was $250 an hour, reverse rub in included. Nearly all the guys bought the full hour with the "reverse rub" ($175), by her estimation. Only a handful went for two girls at the same time.  And like any thriving business, Studio 54 accepted credit cards -- a surprising 30 percent or so of clients used them to pay, says Michelle -- and those records were especially helpful when prosecutors were seizing evidence.

Walsh took an even cut of the money from each girl's sessions. If she worked solo, Walsh got half. If a client paid for two girls, Walsh and the girls each got a third of the money.

Michelle claims most men would come solely for real massages -- "Can't a man enjoy a nice, relaxing massage by a pretty girl in something skimpy?" she asks -- and that the women who did accept money for sex did so against the direction of Walsh. That last claim is disputed both by prosecutors and accounts from family members of other Studio 54 employees.

"I didn't think it was fair that we did all the work while he just sat there and did nothing," says Michelle, about Walsh taking an even split of the money from the sessions. "But I couldn't complain because he did pay to post the ads and for food and cigarettes. And if I didn't make any money that day, he'd give me $10 an hour. It was fun, Jim was a nice man, I made good money. He supplied us with food, snacks, drinks, cable TV. He bought us clothes and anything we needed. I know it sounds like he was our pimp, but it was nothing like that."

Except that's exactly what he was. And free cable TV, food and snacks weren't the only things supplied behind his walls.

The Drugs, the Children, and the Prostitution Complaints

The reality of Studio 54 life was much less rosy, at least for the other girls who worked there, even if Michelle claims differently.  At least two of the women were heroin users who worked at the Bedford building and at a Sagamore Hills apartment they shared while their children were present. Walsh was at the apartment often too, easily spotted by neighbors in his GMC Yukon with vanity "JWALSH" license plates.