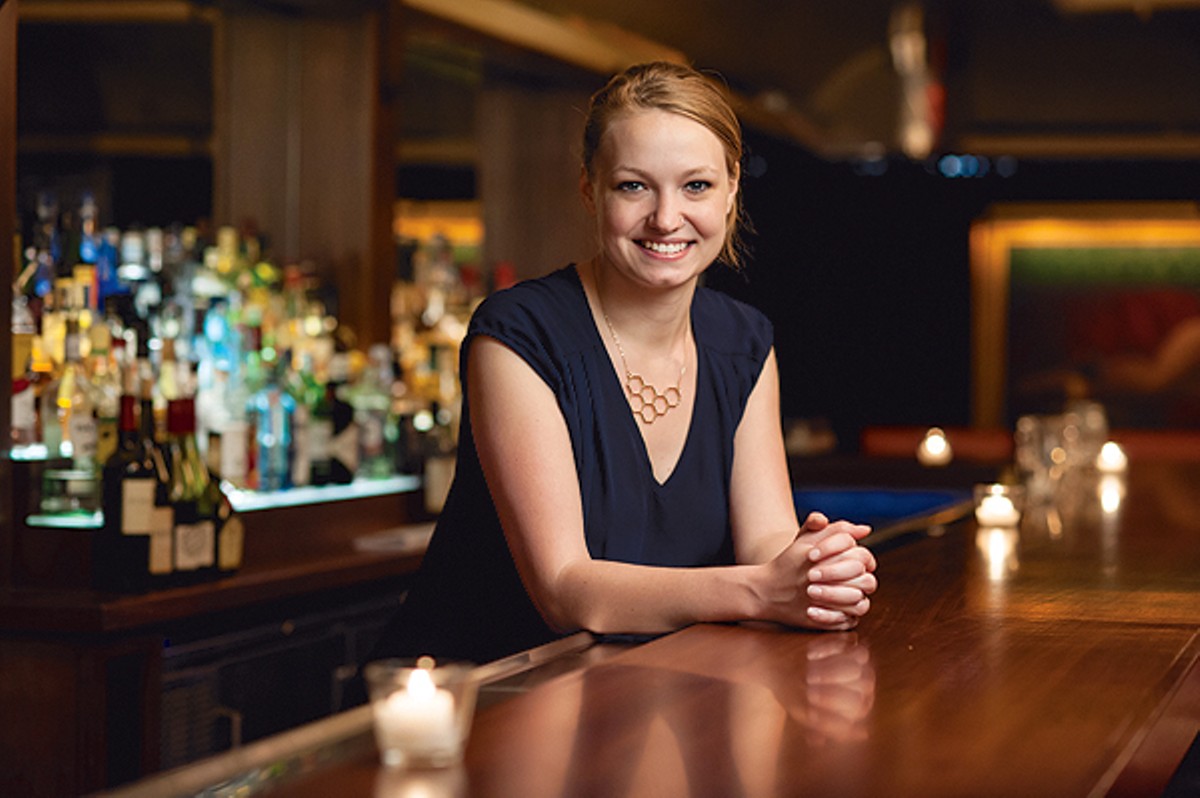 "I don't like the word mixologist," says Lorilei Bailey. "I think it has this weird pomp and circumstance feel or air of arrogance attached to it. When I talk to my bartender friends, they just roll their eyes when they hear it. If I had to give myself a title, it might be bar chef, but I also don't like the sound of that. People think bartending and they think pouring taps or pouring gin in a glass and mixing in some lime. There's so much more to it. And there has to be a ground between a dive bar bartender and a flare bartender. I don't know what the name is for it, and bar chef sounds kind of arrogant too."

There is so much more to it, and there's no one better in town than Lorilei Bailey at doing it. And at just 25 years old, she's in charge of the drink program not just at Katz Club, where she bartends, but chef Doug Katz's other properties — Katz Diner, Provenance at the Cleveland Museum of Art and Fire in Shaker Square. Not bad for someone who's just four years out from legal drinking age.

She's been with the Katz family of restaurants for just over a year now after some time at L'Albatros. And she's quickly become the favorite bartender for many on the east side, and for good reason: She's friendly, knowledgeable, and pays attention to the details. Bartending, after all, entails much more than mixing drinks.

"If you ask my family, they would say I've always had a Type-A personality," Bailey says. "I've always wanted to make everyone happy, so it makes sense I jumped into hospitality. I want to make sure all your needs are met when you come to the bar. When I go out, maybe the bar is sticky, and then I think, 'Oh great, my new shoes are ruined.' I don't want anyone thinking about that stuff. You're paying for service. I can basically hear everything that's going on in the bar, and I try to be aware of everything, so if someone rubs their shoulders like their cold, I'll turn down the AC. The little things make a big difference. It's my job."

That attention to detail is plainly evident in the drinks too. It's one thing to slop some vodka on ice and splash it with some tonic water. It's another to craft cocktails that enhance the experience, are memorable on their own or complement your food.

"It's really important for me to be familiar with the food," she says. "I pay attention to Doug's menu and season items and signature dishes. I want to do drinks that complement those dishes and make sense on the menu next to the food. In the autumn, for instance, he was using a lot of root vegetables. So it wouldn't make sense to put a chocolate martini or something on the menu. You make drinks that mesh with the establishment. So I tailored my drinks to the ingredients."

Drinks soothe and drinks accentuate, and the bartender is as important as what's in the glass. It's their creation and their conversation and their service. And no one is having more fun doing it than Bailey.

"I get to play and choose fun things," she says. And we're all jealous.