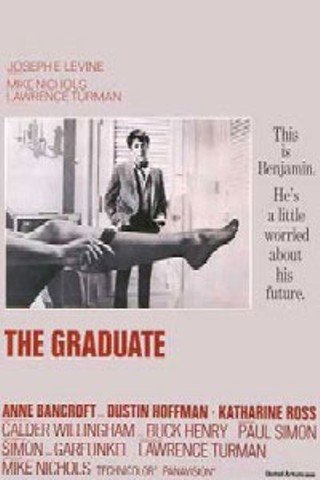 : In arguably the most iconic movie of the "Hollywood New Wave" of the 1960's, Dustin Hoffman plays Benjamin Braddock, promising academic and track star, who returns to Los Angeles after graduation. At a party thrown by his parents, he his lured by old family friend Mrs. Robinson into taking her home. He first flees from her advances, but shortly thereafter begins an affair with her. Later on, Ben's unwitting parents goad him into taking the Robinson's daughter, Elaine, on a date. Ben falls in love with Elaine, which transforms Mrs. Robinson into a vindictive adversary.

The Graduate (1967) is not showing in any theaters in the area.