A foster mom claims the DCFS put a sexual predator in her house. 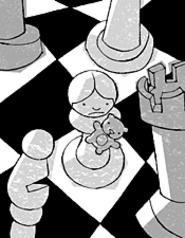 Of about 5,411 children in the department's care, 338 are known to have been sexually abused before Children and Family Services took custody.

Six years ago, a couple sued Cuyahoga County, claiming that it didn't properly warn them that a girl they adopted had been sexually abused and was at risk to molest others.

The girl had been repeatedly raped by her stepfather and had shown signs of imitating the abuse on others. After the couple adopted her at age 10, she secretly began abusing her new family's three younger adopted children. The abuse left them with a host of psychological problems -- one smeared his feces; another set fires and doused himself with lighter fluid.

Before the case could go to trial, the county settled with the family, paying about $600,000. Although the county produced documents showing it had broached the subject of the girl's abuse with the couple, it also admitted that it failed to provide some documents required by law, including details of the child's psychological problems and medical and social history.

As Robin Palmer, a social worker who reviewed the case, said at the time: "For a professionally trained social worker and the County Department of Social Services to place [the child] into a home with young children showed a reckless disregard for the rights of the adoptive family, including the young children in the home."

Now another suit alleges the county didn't learn that lesson.

Foster mother Constance Lawson Belle claims that the Department of Children and Family Services placed a "known sexual predator" in her home. The so-called predator, a 10-year-old boy with a history of being sexually and physically abused, allegedly molested her 5-year-old son. The lawsuit asks for tens of millions of dollars in compensation.

The chain of events began with a phone call in February 1999. The caller told the DCFS that a boy had shut himself inside a teacher's locker and was threatening to commit suicide. The boy said his mother's boyfriend beat him with an extension cord, and he had welts on his back and legs to prove it.

After investigating the claims and determining that they were credible, the DCFS took custody of the boy and his three younger siblings. The department placed the 10-year-old boy and one of his sisters into the home of Belle, who was a licensed foster parent with a 5-year-old son of her own.

DCFS documents provide a bleak portrait of the 10-year-old's life. Prior to the phone call reporting that he had shut himself in a locker, the agency had received at least 11 calls alleging physical abuse and neglect of the boy and his siblings, starting when he was just 18 months old.

One call, received in 1997, revealed that the boy was sexually abused by his stepfather. A form filled out later by the agency said that the boy and one of his siblings had also viewed a pornographic movie and attempted to inflict what they saw on another child.

In her lawsuit, Belle claims that DCFS disclosed none of this prior to placing the child in her home. If the department had done so, she maintains, she never would have agreed to allow the troubled boy near her five-year-old son. Belle has since sought psychological counseling for her son. (Belle's attorney, Clifford Thornton, says neither he nor Belle will speak about the case.)

David Lambert, an assistant prosecutor representing the county, denied Belle's claims, saying that, prior to placement, she was given a standard form that detailed the child's previous experiences. "We follow a very strict practice of disclosing any sexual history to the foster parents before they take the kid in, and that practice was followed in this case," he says.

According to the DCFS, the woman first reported that the 10-year-old had only asked her son to have oral sex. A social worker interviewed the older boy, and he said it was a one-time occurrence. The social worker then told the mother to "supervise any contact between the two children and separate their sleeping quarters."

When the mother called again, weeks later, to report that sexual abuse had indeed taken place, the boy was immediately removed from her home, the DCFS maintains.

The case has serious implications for foster parents. Of about 5,411 children in the department's care, 338 are known to have been sexually abused before the DCFS took custody; another 857 may have been molested, although the charges could not be proved.

Conventional wisdom holds that some of the children are likely to repeat their abuse on others. Gregory Keck, a psychologist who works with troubled children, says that about a third of molested children go on to abuse others.

The DCFS receives reports of foster children molesting others only "a couple times a year," says director James McCafferty. The department does everything it can to prevent kids in its custody from molesting others, he says, including giving foster parents extensive training on how to deal with children who have been sexually abused.

But the county has no choice but to take in sexually abused kids, Lambert says. "We don't give up on these kids. We don't dispose of them like so much garbage."

The case was recently dismissed from federal court, for reasons that had more to do with jurisdiction than the legitimacy of its claims. Belle's attorney plans to refile in Common Pleas Court, if the case isn't settled first.

No matter how Belle's case is resolved, it won't look good for the county. As McCafferty puts it: "Any time any child gets abused, we're not happy."