Doug Brown/Cleveland Scene
Tim Couch (1999-2003) was the first draft pick of the new Browns, but threw more interceptions (67) than touchdowns (64) his 62 games for Cleveland. Ouch. Doug Brown/Cleveland Scene
If you buy the jersey for a top draft pick, you'll usually be able to get at least a few years before it becomes obsolete. Unfortunately for people who picked up a Trent Richardson jersey (2011-2012) in the last year, that's no longer the case.

Doug Brown/Cleveland Scene
After a phenomenal college career at Texas, the Browns drafted the under-sized Colt McCoy (2010-2012) in the third round of the draft, but wasn't expected to play right away. But injuries to Jake Delhomme and Senaca Wallace (yikes) forced McCoy into action his rookie season, with Hoyer-esque results. But when the Browns drafted Brandon Weeden in 2012 it signaled the end of his career in Cleveland and he was traded to San Francisco last April (along with Cleveland's 6th round draft pick) for their 7th and 5th round picks. 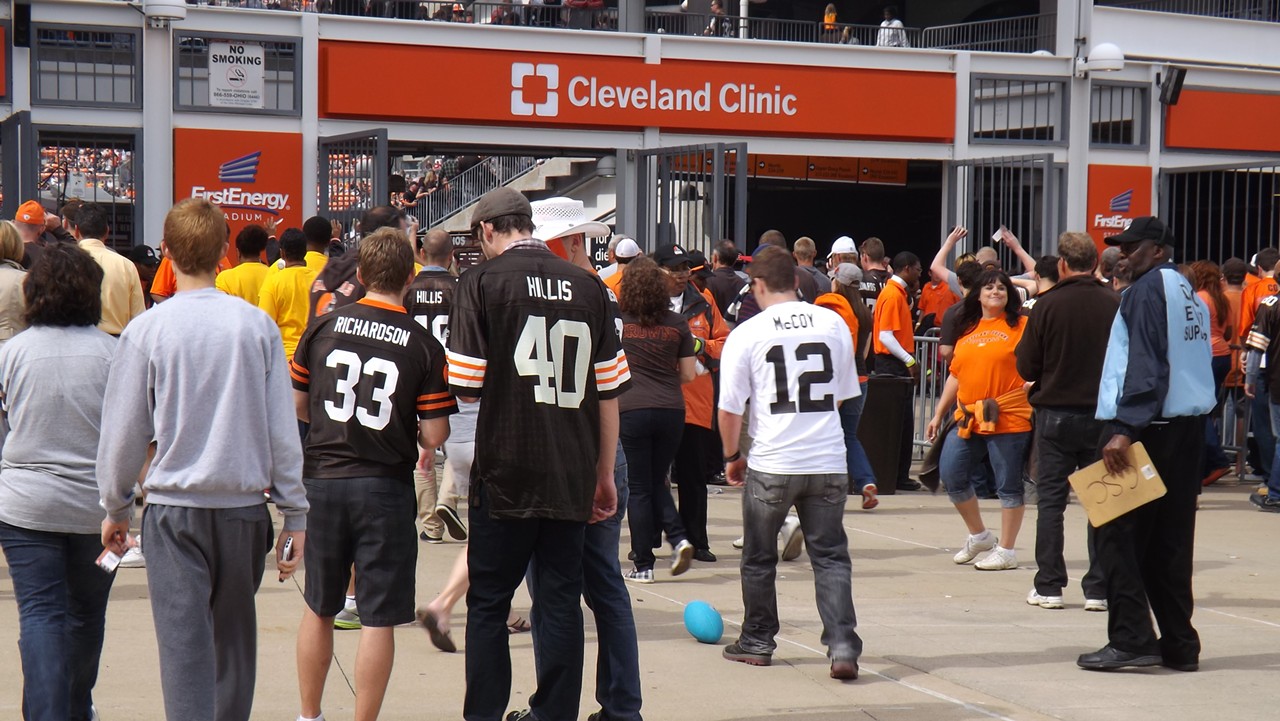 Doug Brown/Cleveland Scene
The only consolation for two of the three guys of this group is that their jerseys are cheap knock offs. The Peyton Hills (2010-2011) jersey looks like an expensive, officially licensed one, unfortunately. 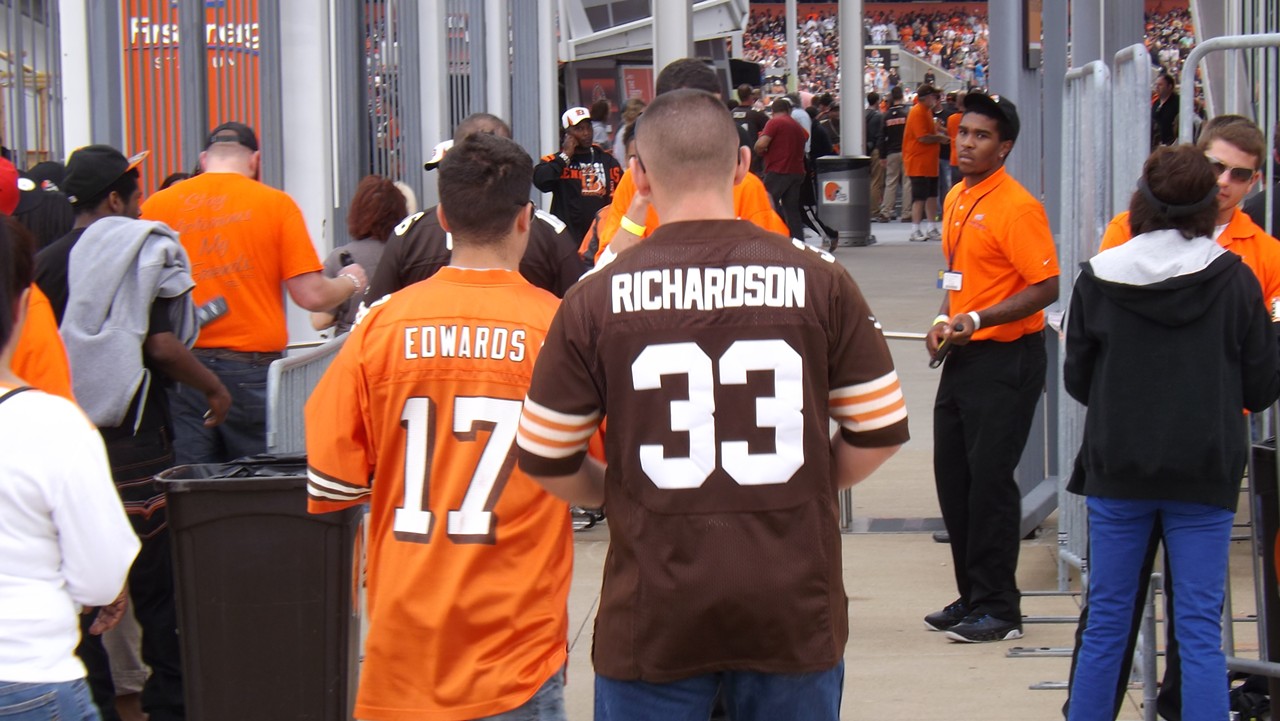 Doug Brown/Cleveland Scene
Two third-overall draft picks, two players who left Cleveland disappointingly. Braylon Edwards (2005-2009) was a big deal in Northeast Ohio for a couple seasons, but after issues with "catching" and off-field incidents, he eventually fell out of favor with the Browns and was traded to the Jets.

Doug Brown/Cleveland Scene
Not only did this guy's Braylon Edwards (2005-2009) jersey become obsolete in 2009, it became obsolete again after he altered it for another #17. Coming in at 35 years old, Jake Delhomme's window of relevance in Cleveland was never going to be long, but injuries made it even smaller. He threw two touchdowns and seven picks in the 2010 season.

Doug Brown/Cleveland Scene
The Cleveland Browns signed free agent Darren Hambrick before the 2002 season to replace injured linebacker Jamir Miller. He was arrested that October and cut within a year (and later arrested for rape). This guy is in his full uniform.

Doug Brown/Cleveland Scene
The Josh Cribbs (2005-2012) jersey had a good shelf-life in Cleveland, but a case of fumblitis later in his career in Cleveland annoyed a lot of Browns Fans. Jeff Garcia (2004) only played one (bad) season in Cleveland, including a 8 of 27, 71-yard, three interception performance against the Dallas Cowboys Doug Brown/Cleveland Scene
This jersey is sad on several different levels. Not only was it once a #23 LeBron James Cleveland Browns jersey (look closely and you'll see traces of an "LE" before the "BRO" and an "N" after), the basketball player left Cleveland three years ago, forcing this guy to advertise himself as a "bro" instead of wearing a football jersey of Cleveland's former basketball hero.