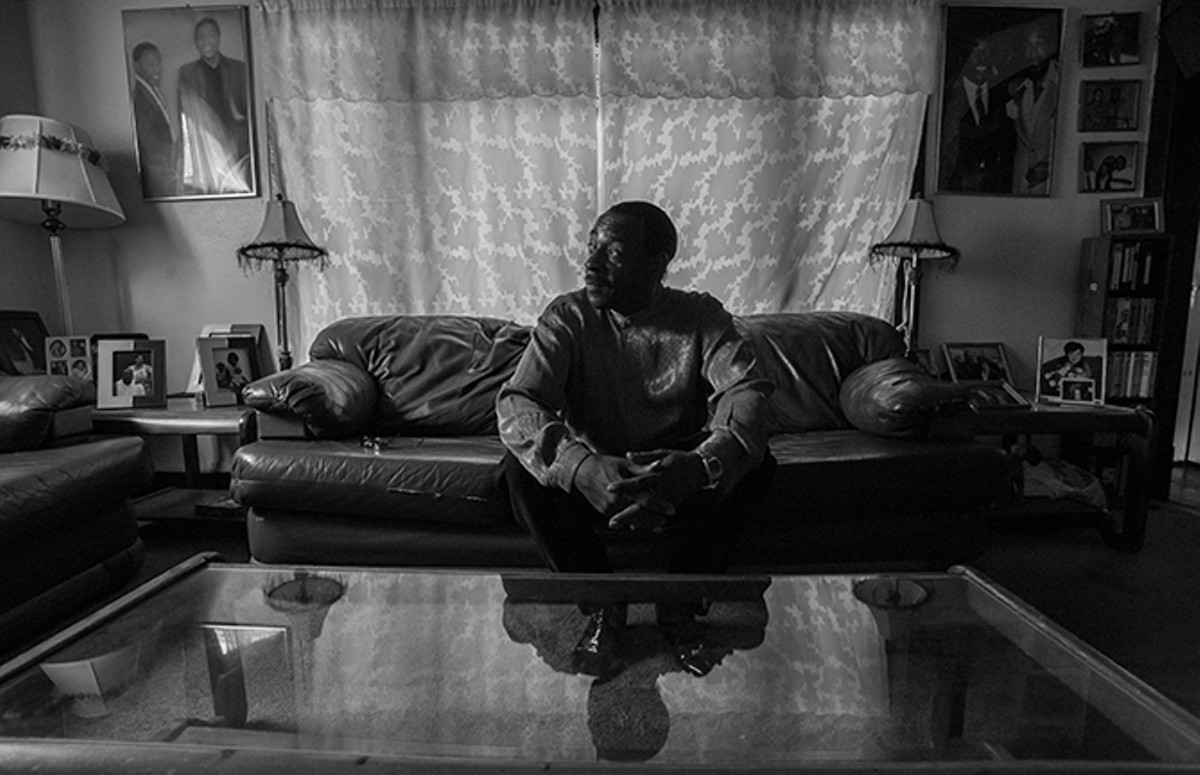 On one of his first trips to Cleveland, funk legend James Brown met Roosevelt "R.J." Johnson backstage and asked him to hold his brown leather coat. The teenage Johnson eagerly obliged, making no fuss about the pistol he found in its pocket. He clung to that coat with such determination, Brown would eventually hire him to be his personal assistant, and Johnson traveled the world with the man.

When Brown performed in Zaire in 1974 in advance of the historic fight between Muhammad Ali and George Foreman, Johnson was there with him as a companion. And when Brown put on a star-studded pay-per-view special after his release from prison in 1991, Johnson was right there at his side to help him pick out his outfit. When Brown left the stage during his last-ever show in Moscow, he asked Johnson to finish singing "Sex Machine" for him. Johnson believes he was supposed to take over Brown's role as bandleader after the singer's untimely death on Christmas day of 2006.

But that didn't happen, and Johnson has spent the last few years working as a cook at the now-shuttered Hot Sauce Williams in East Cleveland. "I've certainly been singing the blues," he says. And yet, he's still determined to take Brown's band (all 13 musicians, four singers and two dancers) back on the road. He says he's hired James Brown's former booking agent, Jack Bart, and has a show booked in France on March 27, 2014. He'd like to do some low profile gigs around town, but he recalls Brown's advice. "He told me that you can't be big and little at the same time," he says. "It makes sense."