The Tallest Man on the Earth 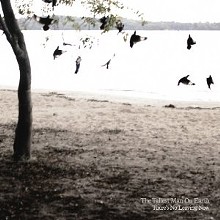 Twenty-nine-year-old singer-songwriter Kristian Matsson, who records as the Tallest Man on Earth, does little to dispel the dark, despairing stereotypes that hound his fellow Swedes. His terrific third album, There's No Leaving Now, is filled with songs about crushed dreams, broken spirits, and that old no-light-at-the-end-of-the-tunnel standby: death. Thing is, the music on There's No Leaving Now doesn't sound all that gloomy. Matsson breezes through the songs with a Dylanesque punch laid on top of sweeping acoustic guitars. In fact, he sounds downright cheery on cuts like "Revelation Blues," "Leading Me Now," and "1904." But dig beneath those amiable chords and lilting vocal lifts, and you'll find an artist a little unsure about what's coming next. Whatever it is, it will probably be something great. — Gallucci