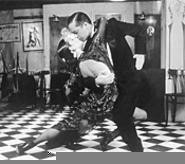 This doesn't look like the year the Mid-American Conference will bust the brackets of the NCAA basketball tournament, as Kent State did last season. But there'll be plenty of quality hoops at the MAC Men's Basketball Tournament at Gund Arena, where quarterfinal action starts today. Kent, which won last year's MAC tourney and stormed on to the NCAA's Elite Eight, has fallen back to the pack this year with a late-season slump --which means that just about anybody could snare the NCAA berth that's awarded to the MAC champion. Tipoffs are at noon, 2, 7, and 9 p.m. today; Friday's semifinals start at 7 and 9 p.m., and Saturday's championship is at 7 p.m. Tickets are $15 to $40. Gund Arena is at 100 Gateway Plaza; call 216-420-2287.

The Cleveland Colossal Convention is full of stuff that we loved as a kid -- and love even more now: comic books, toys, sci-fi memorabilia, and more. Guests including Star Trek: The Next Generation's Anne Ramsay, Porky Pig voice actor Bob Bergen, and comics writer Walt Simonson will talk about their work and sign autographs, but they're secondary to the loads of cool collectibles for sale by vendors from all over the country. (You can participate in the costume contest; we'll be hunting down vintage copies of Famous Monsters of Filmland.) The Cleveland Colossal Convention takes place from 10 a.m. to midnight tonight through Sunday at the Holiday Inn Select, 6001 Rockside Road in Independence. Admission ranges from $10 to $15 (three-day passes are available for $30). Call 724-347-1427 for more information.

We heard it takes two to tango. So what are the other 14 members of Tango Buenos Aires gonna do when a couple is busting a move? Since its "seduction and sexual symbolism" is touted, we'd wager that they'll be getting busy. Actually, Tango Buenos Aires re-creates the golden age of tango, when the Argentine dance was filled with guys in tuxes and gals in gowns. Historically, the tango originated in brothels. And the 16-member troupe -- from Buenos Aires, naturally -- isn't averse to sexin' things up onstage. With stiletto heels, fishnet stockings, and some reallyclosedancing, it's enough to make even Patrick Swayze a little uneasy. Tango Buenos Aires is at the Palace Theatre (1519 Euclid Avenue) at 7:30 tonight. Tickets range from $22.50 to $32.50, available by calling 216-241-6000.

The best thing going for Cleveland Baby Faire 2003 is the Baby Derby, in which tots compete for the title of the city's fastest crawler. And since a new heat takes place every hour on the hour, we're gonna get ourselves a ringer to snag all the Babies "R" Us gift certificates given to winners. "We've had parents try to make their [walking] kids crawl," explains spokesperson Jamie Born. "We're not strict, but most parents just do [the derby] once and move on." That'll free us up to explore the "nation's largest baby expo," featuring 100 exhibits showcasing products, information, and entertainment. It's at the I-X Center, 6200 Riverside Drive, from 10 a.m. to 5 p.m. today and tomorrow. Admission is $8; call 877-959-2229.

Cleveland loves buzzards. From the once-venerable WMMS mascot to the annual Buzzard Sunday! (a celebration of the birds' return to Hinckley), we can't get enough of the sorta-creepy turkey vultures. "We consider [the first buzzard sighting] a sure sign of spring," says Cleveland Metroparks spokesperson Bob Rotatori. "And boy, do we need it this year." Today's program includes hikes, exhibits, crafts, and a buzzard on loan from the zoo. It takes place from 11 a.m. to 4 p.m. at the Buzzard Roost at Hinckley Reservation (at the corner of State Road and West Drive, between Bellus and Ledge Roads in Hinckley Township). Admission is free; call 440-526-1012.

Break out the "Kiss Me, I'm Irish" buttons. It's St. Patrick's Day! And what better way to celebrate than with thousands of other folks wearing "Kiss Me, I'm Irish" buttons on the St. Patrick's Day Parade route? More than 125 Irish groups, high school bands, and floats will be on hand for the annual revelry (this is its 136th outing). You may want to get a spot early: Last year, a record-breaking 325,000 people showed up to take part in the celebration. The parade starts at 1 p.m., at East 18th Street and Euclid Avenue, and works its way through the city past Eastman Garden, ending up at East Sixth Street and Rockwell Avenue. Admission is free. Call 440-777-2238 for more info.

China: 7,000 Years of Discovery, at the Great Lakes Science Center, is an engaging look at science, technology, and art of the past seven millennia. "This is one of the few exhibitions that presents itself in so many different aspects," says Science Center VP Pauline Fong. "Visitors will see how science is shared by people all over the world." With hundreds of exhibits and artifacts on display, it's also a historical look at the astronomy, architecture, and mechanics that changed the world. China: 7,000 Years of Discovery runs through September 1 at the Great Lakes Science Center, 601 Erieside Avenue. It's open 9:30 a.m. to 5:30 p.m. daily. Admission is $10.95 and $12.95; call 216-694-2000.