With Tarantula AD, Humphry Clinker, and Danvana. Friday, July 28, at the Grog Shop. 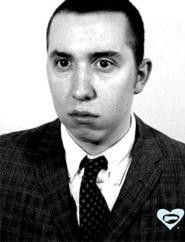 Just when you figured -- in the wake of Beck, DJ Shadow, and the Avalanches -- that high-concept sampling had hit the wall, another white boy manages to come up with another wrinkle. Not only does Brooklyn rapper and producer Tim Fite reportedly refuse to sample from any CD that cost more than a buck; he also has no compunction about essentially stripping the vocal from a tune "via a fairly artful process of cutting and pasting" -- and then adding his own unique drawl.

The resultant mutations of Americana and hip-hop can be found on Fite's 2005 Anti debut, Gone Ain't Gone, and are certainly no more strange than his claim to have been born without blood. Or some of the non sequiturs freely offered at his official website, timfite.com, for that matter. While ostensibly a rapper (well, as much as Beck, anyway), Fite's versatility makes pigeonholing difficult, as he slides easily from the folkish "Took a Wife" to the new-wave "No Good Here." With such diverse talents, Fite warrants further attention.