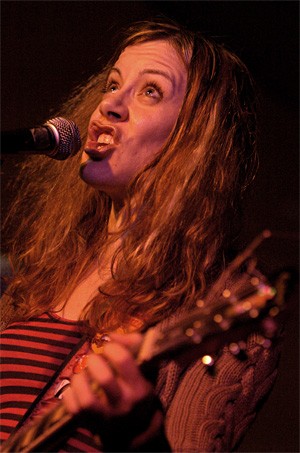 Double Trouble showcases some of the biggest names in the city — from hip-hop celebs to basketball greats. Produced by Cleveland DJ E-V, the new street album is a full-length collaboration between Al Fatz (formerly Fat Al) and Chip tha Ripper, the two flagship rappers of DreamLife Productions, the management company and record-label imprint whose backers include LeBron James.

"It's going to be a CD to show two different artists' talents coming together as one," says E-V.

The new mix plays like a real album — as opposed to a mixtape of overlapping tracks. On the 15-song disc, Fatz's hooks and near-singing delivery complement Chip's more straightforward rapping. Chip and Fatz's "Get It Girl" is the only previously released song on the CD, which spans party cuts to street bangers. Plus, the two take on some novel topics — like in "No Clickies," a track in which the sharp-dressed duo disses bootleg clothes.

The album features Atlanta producer Perion, but the roster is primarily local talent. Tracks include contributions from producers Dez, Romi, and JP.

"We're trying to keep it Cleveland," says Chip. "The music is probably as good as anything else that's out."

Chip recently split with Atlantic and says he's fielding offers from four other labels for his proper solo bow. Al's major-label debut is nearly ready for release on Atlantic/Dreamlife. The rapper recently shot a video on St. Clair and Thornhill for "Came Down," which the world first heard on Madden 2007.

• Ringworm has posted the new video for "The Ninth Circle" at www.myspace.com/ringworm13. The disorienting clip juxtaposes live performance and dizzying conceptual footage that looks like a hybrid of Seven and a Tool video. Cleveland's Don Tyler (Trigger Point, Allele), who was also behind Ringworm's "Justice Replaced by Revenge," directed.

• Live Nation is sponsoring a contest for high-school graphic artists to create the cover for this year's High School Rock Off compilation CD. Information and entry forms are available at www.cleveland.com/rockoff.

• Cleveland guitar hero Neil Zaza is mentioned in the new book Everybody Wants Some: The Van Halen Saga. On page 273, author Ian Christe notes that Eddie Van Halen was "pissed off" that VH bassist Michael Anthony became involved in musical projects outside the group — including Zaza's 2006 When Gravity Fails album.

• Classical harpist Christina Kline will perform a set of rock covers at the Westlake Barnes & Noble (198 Crocker Park Boulevard) at 7 p.m. Tuesday, November 27. Kline interprets nuggets like U2's "Pride (In the Name of Love)" and a version of "The Star-Spangled Banner" inspired by Jimi Hendrix. Learn more at www.harprock.com.