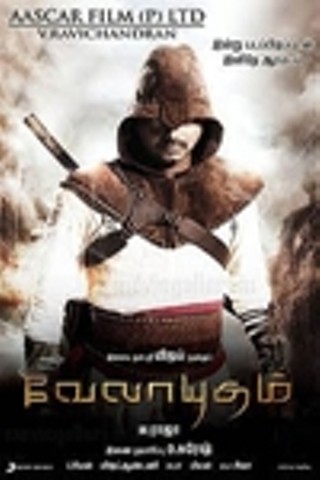 Velu is a village guy who stays with his widowed mother, a beautiful sister Kaveri and a cute Murai Ponnu Vaidhiyalakshmi. Due to his sister's marriage, Vijay will come to Chennai to receive the amount he saved in a chit fund company. There he will meet Genelia who is a journalist. Genelia was earlier harassed by the misdeeds of Villain Abhimanyu Singh. He is the most influential person in the city who is an underworld mafia don. One fine day Genelia will see the accident where bunch of goons will die. She will use this incident and she creates a fictional char 'Velayutham'. When Vijay visits chennai there will be few bomb blasting incidents and he avoids all the bomb blasts without his knowledge. So people start to think that he is Velayutham.

Genelia will meet vijay & tells him about the ficitional character & Villain. Earlier, Vijay will refuse to continue the fictional charcater but later he comes to know that he is cheated by the chit fund company which runs by the villain & few common people committs suicide due to this forgery, so now our hero will wear the mask of Velayutham to stop the corruption in the city. And rest of the film speaks about how Vijay takes over villain and his gang.

Velayutham is not showing in any theaters in the area.

Doctor Strange in the Multiverse of Madness