The Central Viaduct was completed in 1888 and stood where the I-90 Bridge is now. The first structure went from what is now Carnegie Avenue to what is now West 14th Street but was knocked down in 1941 due to safety issues. 17 people were killed in an 1895 accident where the switch failed to change the drawbridge. A second bridge was built after the first one was destroyed but that one was also demolished in 1986. 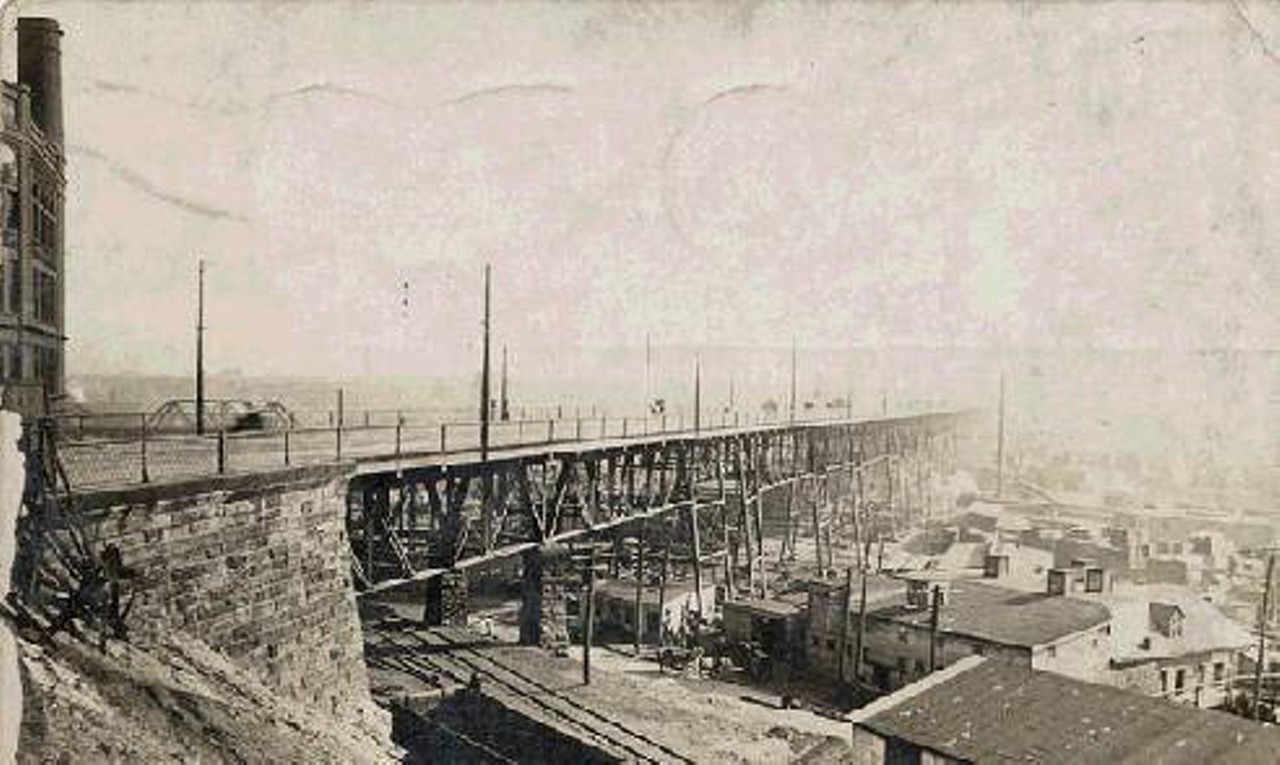 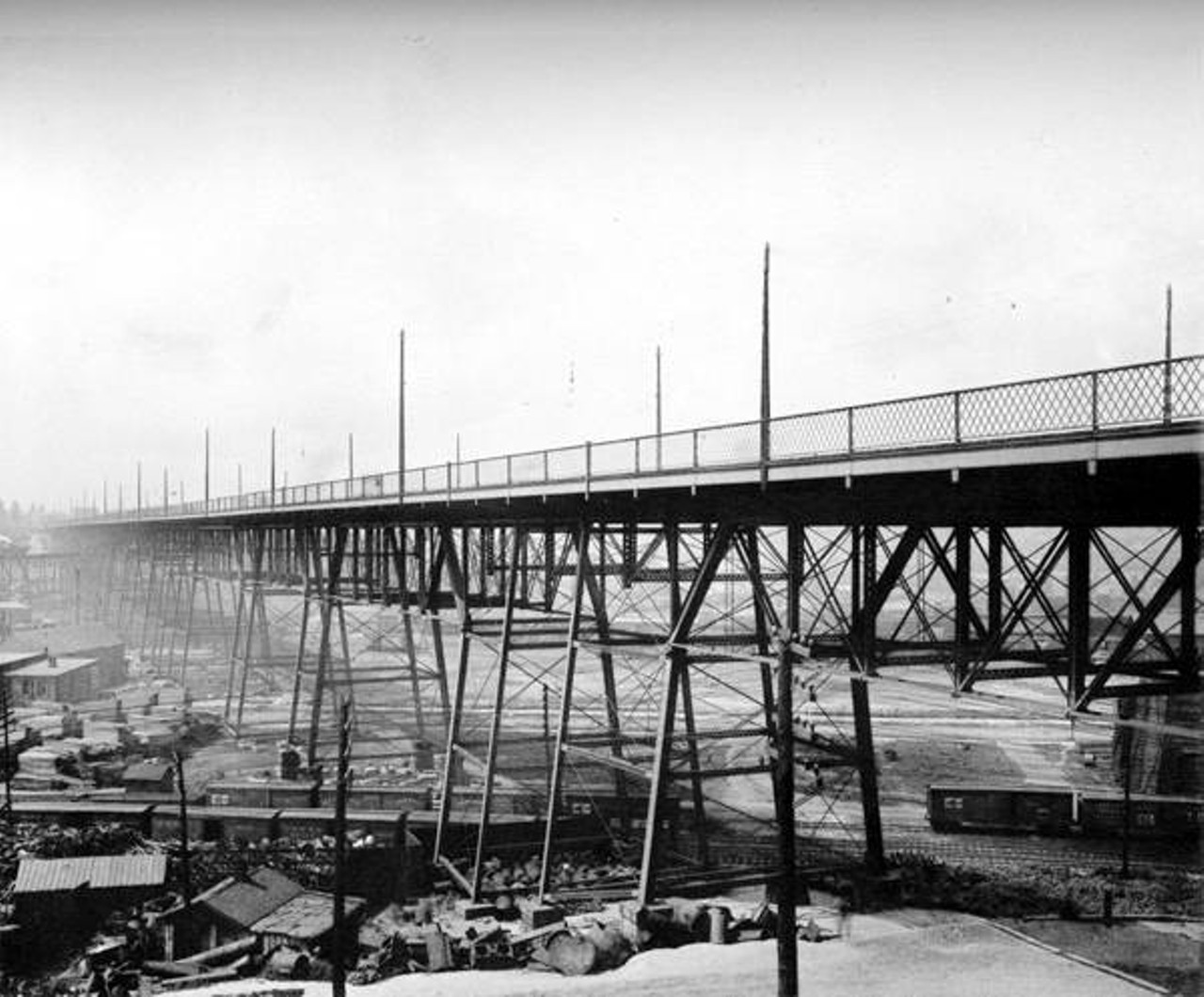