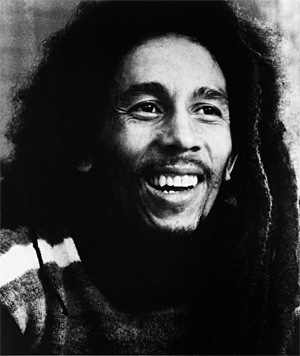 TOP PICK — Bob Marley & the Wailers: Exodus (Island)
The reggae icon's best album marks its 30th anniversary with a CD reissue that tags on a live DVD of a 1977 concert. Exodus — part political manifesto, part loverman come-on — features some of Marley's most enduring songs, including "Jamming," "Waiting in Vain," and "One Love/People Get Ready." It's also his most urgent-sounding record, made not long after a failed assassination attempt in his native Jamaica sent him packing to London.

CD — Elvis Costello: My Aim Is True Deluxe Edition (Hip-O/UME)
Costello's 1977 classic remains one of rock's most hopeful debuts. He was lumped in with Britain's angry young punks at the time, but My Aim Is True is a more subtle work, featuring love songs ("Alison"), old-time rave-ups ("Mystery Dance"), and beat noir ("Watching the Detectives"). This 30th-anniversary two-disc reissue includes tons of outtakes, demos, and live performances that boost an already-exemplary album.

VIDEO GAME — Medal of Honor Airborne (EA)
The best new feature on the latest outing of this veteran WWII shooter (for Xbox 360, PlayStation 3, and PC) lets gamers airdrop onto battlegrounds and right into combat — no more making your way through bombed-out cities and up steep hills to get to the action. And the wide-open playing field yields a new adventure at every turn. Who knew that parachuting onto rooftops and picking off unsuspecting Nazis could be so fun?

BOOK — 33 1/3: Achtung Baby and If You're Feeling Sinister (Continuum)
The latest entries in the world's coolest book series — which breaks down the best albums of all time in 120 breezy, insightful pages — spotlight two of our favorite bands. Stephen Catanzarite probes the spiritual issues that permeate U2's Achtung Baby, while Scott Plagenhoef uncovers the story behind the reclusive Belle and Sebastian's breakthrough CD. You'll want to have the albums handy for easy reference.

DVD — Tom and Jerry Spotlight Collection Vol. 3 (Warner)
Our favorite cat-and-mouse team wraps up this collector's series with a two-disc set that includes 35 classic cartoons from the '40s and '50s. Many of the shorts send the stars to faraway locales (Italy, Sherwood Forest) or put them in charge of orphaned critters. Best of all, 15 of the toons are remastered in their original wide-screen format — which really enhances those scenes where Tom gets his paws on some dynamite.

COURTESY FLUSH, PLEASE — Married . . . With Children: The Complete Seventh Season (Sony Pictures)
By its seventh season, this once-revolutionary show had become a boring, depressing series of lame one-liners and implausible sitcom clichés. This three-DVD box includes all 26 episodes — which feature guest spots by '90s-era relics like Corey Feldman, Bobcat Goldthwait, and Vanna White. Worse, this is the season when the Bundys adopted a bratty seven-year-old. By the eighth season, he was gone. That should tell you something.