The mayor's lakefront plan is lacking in just one crucial way 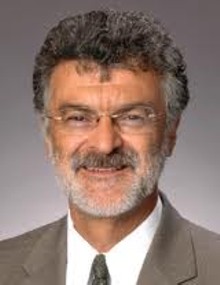 Somewhere in The Plain Dealer archives is a wonderful city. Its lakefront is teeming, there is a waiting list for restaurants yet plenty of space at the bars, which look out over a shimmering lake filled with graceful sails and romantic sunsets. The glass walkways invite a stroll along the water, even on stormy nights.

In fact, the archives hold so many hopes and dreams that they stretch from here to Detroit, making Lake Erie's coast one of the great aquatic treasures in the entire hemisphere. The newspaper morgue helpfully preserves these fickle come-ons that have been fed to us over the years.

No one in town savors the idea of lakefront development more than The Plain Dealer, and that is why the paper is used by politicians to sell the illusion that they are visionaries with a plan in hand that is on the verge of execution. What would help are some rules to make sense of the finances before any plan is pushed on the public.

When Mayor Frank Jackson announced yet another lakefront vision recently and the newspaper regarded it as news, others looked at the rehashed design for what it was — a part of his reelection campaign. The truth is, Jackson had one of the biggest opportunities of any recent mayor to develop the lakefront, and he blew it when Eaton Corporation opted to build its new headquarters in Beachwood rather than on the lakeshore.

In his characteristic manner, Jackson never really explained what happened, relying instead on his philosophic "it is what it is" — a great slogan for campaign posters, by the way.

This new lakefront plan appears to consist of stray parts from old lakefront plans warmed over by a laconic City Hall. Last year, Scene reported that John Carney, then on the Cleveland- Cuyahoga County Port Authority board, ordered a plan to be altered in such a way that, according to real estate appraisers, it would positively affect his own property in the Warehouse District. It will be interesting to see if this alteration remains in Jackson's plan.

The new player in the lakefront effort is the Cleveland Browns. Reflect on this for a minute: Is there an organization today that you would want to find yourself partnered with any less than this forlorn franchise? Not since Art Modell moved to Baltimore have fans here been more outraged over the performance of their alleged pro football team.

Also looming is the specter of the Browns' lawyer, Fred Nance, who appears like a predator over roadkill when public money is in play. He has been involved in so many questionable deals involving the city that his mere presence is cause for alarm.

A deep-pocketed partner makes a handsome ally, you say? Don't forget that the Browns were clear that their vision for the lakefront would include no investment of their own. The city has no money, and the mayor did not mention a single soul who does. That, sports fans, is because nobody wants to invest in a place where public officials can't bring vision and authority to much of anything.

Every mayor in the past two decades has had a waterfront plan. The nice thing about a plan is that everyone has their own fanciful vision of what the lakefront ought to be. But the moment that action grinds beyond the planning stage, reality takes hold.

Reality is, there's no money or leadership to execute any plan.

As the mayor was promoting The PD's paper city, a group of citizens was gathered in the Hanna Building to discuss the lakefront. Their talk focused not on design or dream, but on the practical matter of who is in control anymore and why things can't get done.

The talk around the table focused on how to take control of planning — away from the port authority's hands and into the arms of the new county government. The table agreed that something drastic will be needed to achieve anything more than another addition to the morning newspaper's SimCity.