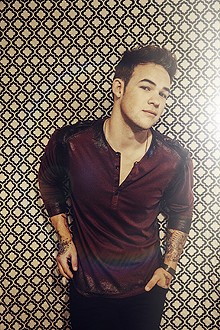 Black Puddle Noise/Appleseeds: The thick and volatile sound of Black Puddle Noise explodes with such force that it's probable tonight's show will register on the Richter scale. The trio of hard rockers plays its songs with an unstoppable velocity. Dense guitar riffs accompany lightening fast drumming in tracks like "Bottle Rocket." While the group plays all fast and furious, it doesn't just present a wall of sound; the band pays attention to detail. With Milwaukee natives Appleseeds, tonight's show will be nothing short of high energy. 9 p.m., $5. Happy Dog. (Patrick Stoops)

Califone/William Tyler: Tonight is Califone's first Cleveland show in four years, lending an air of the "special" to the gig. The band's latest album, Stitches, dropped last year to widespread and fairly underground praise. Califone has never been one to claim the mainstream spotlight, though their music is more than worthy. But even as the Americana genre crests toward unprecedented popularity, Califone's left-of-center approach still manages to keep the masses at bay. They are, in a phrase, a secret treasure of the indie scene. (Uninitiated fans might recognize singer Tom Rutili from the 2004 Ugly Casanova recordings with Modest Mouse's Isaac Brock.) Tune into the title track from their last album to gather a sense of the band's sparse use of acoustic strings and melodic odds and ends. The band's debut, Roomsound, meanwhile, still holds up as a spellbinding indie album. Both their first and most recent studio outings are terrific entry points to the Califone world. 8:30 p.m., $12. Beachland Tavern. (Eric Sandy)

Lotus: Eschewing the rootsier jams of previous releases, Lotus began embarking on more electronic (jamtronic?) paths over time. It's very evident on the band's most recent album, Build. And in many ways, Lotus' transformation mirrors the trajectory of much of the contemporary jam scene. Bottom line, though: Lotus gets down. Last year's album shows off the musicians' ability to filter diverse and danceable influences through their own characteristic sound. Jams like "Cutinuo," for instance, traverse lots of territory and give the band at least several openings through which to improvise once onstage. In a different way, "Uffi" maintains just a few hooks that repeat throughout the song, lending that one a more head-bobbin' ethos. Though the band has morphed in its own ways over the years, it's also worth mentioning that Escaping Sargasso Sea remains a seminal live album. It's imperative stuff before heading out to tonight's show. 8:30 p.m., $22 ADV, $25 DOS. Beachland Ballroom. (Sandy)

Bad Veins/Runaway Brother/Bare Walls: Runaway Brother, the middle band on tonight's bill, are a homegrown emo band — for clarification, that's emo in the Sunny Day Real Estate and basement show sense, not the Fall Out Boy and Hot Topic variety — that does things big. They manage to cram a lot into their mostly three-minute songs: punchy hooks, layered vocal harmonies, speedy drum kicks and even the odd synth line. With a wide range of excellent guitar work, courtesy of the band's three guitarists (the band itself is big!), the group delivers huge distorted chords, gentle acoustic strumming and Cap'n Jazz-ian leads. Runaway Brother displays a rare combination of technical ability and taste. And they're no studio charlatans. Live, they hit every hard stop and breakdown in their energetic sets perfectly. As the genre suggests, they've got big feelings too: their lyrics largely revolve around such intangibles as nostalgia, disappointment and never-ending effort to stay positive. Thankfully for both listeners and Runaway B themselves, they have a sense of humor about it. Lines like "you trashy piece of trash" and "I never am alone/ I always have my phone" suggest tears occasionally come with laughs for the young band. 9 p.m., $8. Grog Shop. (James Helmsworth)

Nobunny/Hussy/Wooly Bullies/Shitbox Jimmy: Who enjoys raw meat, panties and fireworks at a concert? Nobunny, that's who. Donning a mask that appears to be scalped from a Chuck E. Cheese animatronic rabbit, Nobunny ensures that your night will be a memorable one. In all honesty, if you ignore the fact that his costume looks like a terrifying animated disused children's toy, his music isn't all that weird. In a sort of grungy revivalist fashion, he pours grit and grime onto rock 'n' roll tracks from another era. His latest album,

Secret Songs: Reflections from the Ear Mirror, is a lo-fi collection of songs that, if not for his costume, could be taken as sincere. Songs like "Bye Bye Roxie" and "Trouble In Mind" carry a late-'60s garage rock aesthetic that's easy to get on board with. People seem to enjoy the live shows, and he's garnered much attention from the wild antics. 9 p.m., $10 ADV, $12 DOS. Now That's Class. (Stoops)

Elton John: One of the few classic rockers who can still put on a helluva live performance, Elton John seems to spend most of his time playing residency shows in Las Vegas. So the chance to see the guy play locally is a real treat, even if it means schlepping out to Youngstown. John will undoubtedly play several tracks from his latest effort, last year's ballad-heavy The Diving Board. But if the shows he played late last year in Europe are any indication, you can expect to hear all the hits too as he plays tunes such as "Tiny Dancer," "Rocket Man (I Think It's Going to be a Long, Long Time)" and "Levon." 8 p.m., $29-$139. Covelli Centre (Youngstown). (Jeff Niesel)

Lez Zeppelin/Dynamo Love/Tonight Theater: When Lez Zeppelin formed some 10 years ago in New York, there weren't too many female hard rock cover bands on the touring circuit. The musical landscape has changed — now female acts pay tribute to acts such as AC/DC and Metallica. But back then it was a completely novel idea. Eddie Kramer, who worked with Led Zeppelin, even produced Lez Zeppelin's first album. In a world that's overrun with cover bands, this group still stands out as one of the best. 9 p.m., $20. Musica. (Niesel)

Big Sandy & His Fly-Rite Boys: Since he started performing with his backing band the Fly-Rite Boys some 25 years ago, singer-guitarist Big Sandy has continually attracted new young fans and introduced them to Western swing and rockabilly. Sandy, who's currently in the midst of a 25th anniversary tour, has released an album of old tunes that he's rearranged into acoustic instrumentals. His music, which recalls the type of music that was popular decades ago, has an easygoing vibe that appeals to fans of traditional country and rockabilly alike. He's been playing Cleveland for years and always puts on a good show. 8 p.m., $12. Beachland Tavern. (Niesel)

Lee Bains III & The Glory Fires/Turf War: Anticipating a Sub Pop debut later this year, Lee Bains III and the Glory Fires have been leaving their Alabama-tinged mark on rock venues across the country in recent years. Dig 2012's There is a Bomb in Gilead for a glimpse into the band's Southern shreddage. Here's how Bains describes himself, to put it illustratively: "[He] makes music for the foundry worker that writes fiction in his spare time and the college English professor that changes her own oil." Sounds, uh, interesting to us. Whatever brings you to the band, you're sure to find a fiery frontman with words for the meandering masses. Dude can play, too. Aside from the "woo"-ish backing vocals, "Centreville" boasts some really terrific lead guitar work. Likewise, "Chochtaw Summer" has the sort of rhythm that'll keep your ass shaking right on through the week. 8:30 p.m., $10. Beachland Tavern. (Sandy)

James Durbin/Kelley James: A former American Idol contestant (he finished fourth in Season 10), singer James Durbin is a musical chameleon of sorts. He sang in a country band and then segued into metal with Hollywood Scars. His new single, "Parachute," has much more of a power-pop feel to it and suggests he's finally found his musical calling. At tonight's show, you can expect to hear it and a slew of new material from the forthcoming Celebration. 7 p.m., $12-$50. The Rock Factory. (Niesel)

Dom Kennedy: The Internet-famous up-and-coming rapper Dom Kennedy has a blunt style. Leaving metaphor and euphemism aside, he says exactly what he means. While some revel in the joy of working with words, creating clever phrases and plays on words, Kennedy would rather tell you exactly what he's thinking. His newest album, Get Home Safely, again brings about the elementary-school lyrics you've come to expect from him. His fans have said he doesn't try too hard and doesn't force anything. Take that how you will. 8:30 p.m., $18 ADV, $20 DOS. House of Blues Cambridge Room. (Stoops)