A Neighborhood Diner is Reborn and Retooled in Old Brooklyn 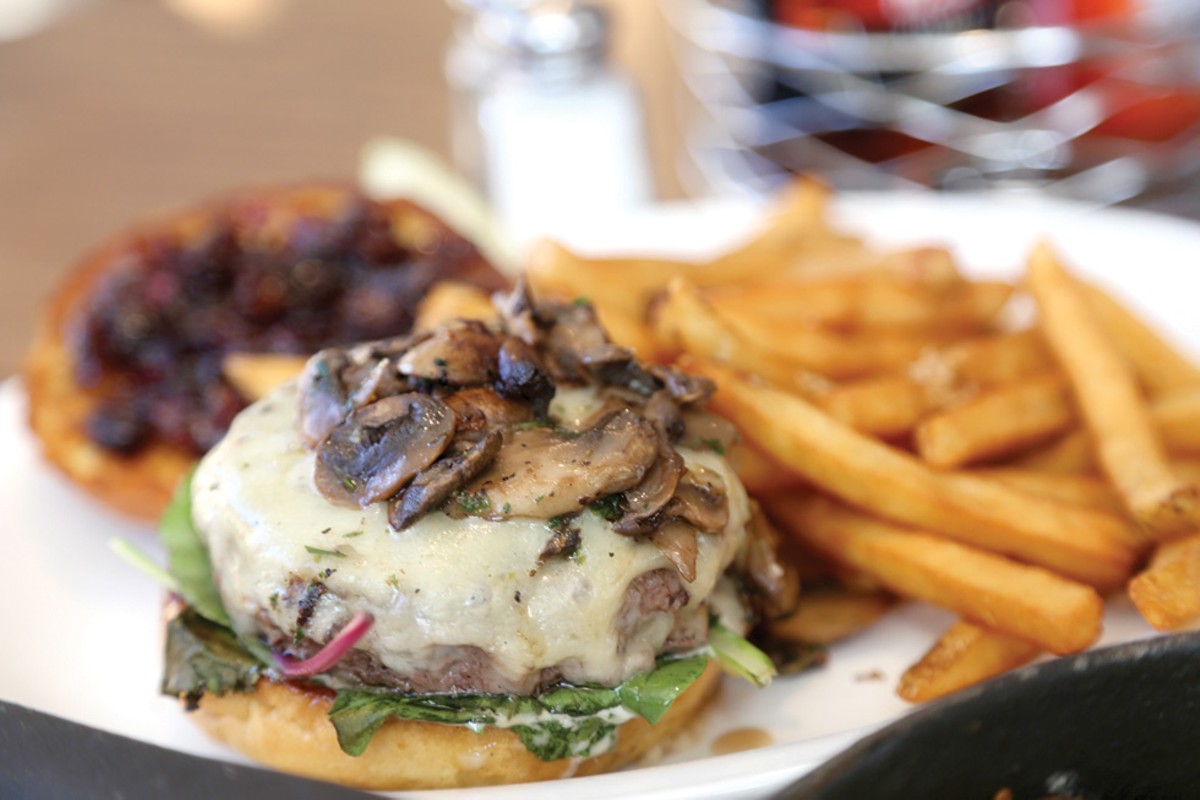 "God I love diners," my friend said, almost unconsciously, as he slid into a generously proportioned booth at the City Diner in Old Brooklyn.

And who can argue with him? At their best, diners are chrome-clad havens of good food, friendly service and bottomless cups of coffee. All are welcome at the neighborhood diner, where breakfast is served all day and no tab climbs higher than the average hourly wage.

That's the way things rolled at Expressway Diner, a round-the-clock respite that dished up seven-dollar steak and eggs, five-dollar triple-decker clubs, and six-dollar open-faced hot turkey sandwiches with mashed potatoes and gravy. But here's the thing: That steak was bland and chewy, the turkey in the club prepackaged and slimy, and the mashed potatoes and gravy a crime against nature. Perhaps that's why Expressway lasted just five years.

When new owner Edward Michalski happened to drive by the vacant diner, he literally stopped the car and began plotting the diner's revival. To find a turnkey operation in a stainless steel diner was more than just good luck, he noted. It was fate. "My father is from Old Brooklyn, my grandfather had a butcher shop here for 40 years, my grandmother taught piano here, so I'm definitely very proud and honored to have this opportunity," he told me a few months back.

There was a time in the not-so-distant past when chefs were snatching up vacant diners and trotting out fancified versions of classic diner fare like huevos rancheros, lobster mac and cheese, and veal meatloaf with truffle mashers, all washed down with draft craft beer. Thankfully, that was never Michalski's plan. This operator's intent was to parlay his largely corporate experience at high-volume spots like the Horseshoe Casino and Progressive Field into a reliable, reasonably priced restaurant in the neighborhood for the neighborhood. And that's precisely what he's done.

Guests are ushered in with a warm, sincere greeting. Instead of being dragged to the destination of the host's choosing, diners are asked whether they prefer a stool at the counter or seats in a booth or table. The menu is broad, but not excessively so, and in place of intricate or showy examples of the chef's culinary skills are straightforward dishes built from scratch, the old-fashioned way.

While the City Diner is not open 24 hours, it does serve breakfast all day. The corned beef "Iron Sizzler" ($9) is served in a blazing-hot cast iron skillet. A base layer of crispy shredded potatoes is topped with a flavorful mixture of juicy corned beef, perky bell peppers and sauteed onions. It's all crowned with a pair of eggs and a slice of fragrant Swiss. Warm buttered toast rides shotgun. City Diner's steak and eggs is double the price of the dearly departed Expressway's, but then again it's made with hand-trimmed Black Angus ribeye.

Soups and salads, core diner items, are given the same level of care. A bowl of roasted chicken noodle soup ($6) arrives hot and is loaded with honest-to-goodness roasted chicken, wide egg noodles, carrot chunks and slices of sweet onion. You can't expect much more from a Cobb ($9) than a thick bed of meticulously washed and shredded romaine topped with grilled chicken, chopped bacon, sliced hard-cooked eggs, ripe avocado, diced tomato and blue cheese crumbles, all arranged on top in the characteristic ribbon pattern. Creamy ranch-like dressing comes on the side.

The "Classic" burger ($9) is just that: a flavorful, sizeable grilled patty that arrives hot and pink, is topped with aged cheddar, bacon and shredded lettuce, and is tucked into a garlic aioli-slathered bun. If the included house-cut fries were a hair crisper, the lunch would have been damn near perfect. At the heart of the Triple Decker Turkey Club ($10) is nearly a pound of juicy, flavorful sliced meat layered among three slices of toasted whole wheat bread along with lettuce, tomato, bacon, mayo and two types of cheese. A mountain of fries are on the house.

Michalski pitches right over the middle of the plate when it comes to the main courses, which are priced $10 to $13 (side salad included), except for one item, a fat steak. There's mac and cheese, meatloaf, pierogi with kielbasa and kraut, and pot roast. The kitchen cheats a little on the chicken pot pie ($10) by simply capping the skillet with a piece of flaky puffed pastry, but the stew below is hearty, homemade and delicious. Crispy Walleye Fingers ($13) are like gourmet fish sticks, panko-breaded and fried fingers of sweet perch served with fries and two sauces, cocktail and tarragon tartar.

The boss usually can be spotted behind the counter, greeting guests as they enter or depart, expediting food at the pass, and offering encouragement to his cooks as they attempt to keep pace with demands. There are moments when it feels like the food is taking forever to come out, and then it does, and you are reminded that slow and good is so much better than fast and middling.