After Three Long Years, Detroit Shoreway's Arcadian is Ready for its Big Debut 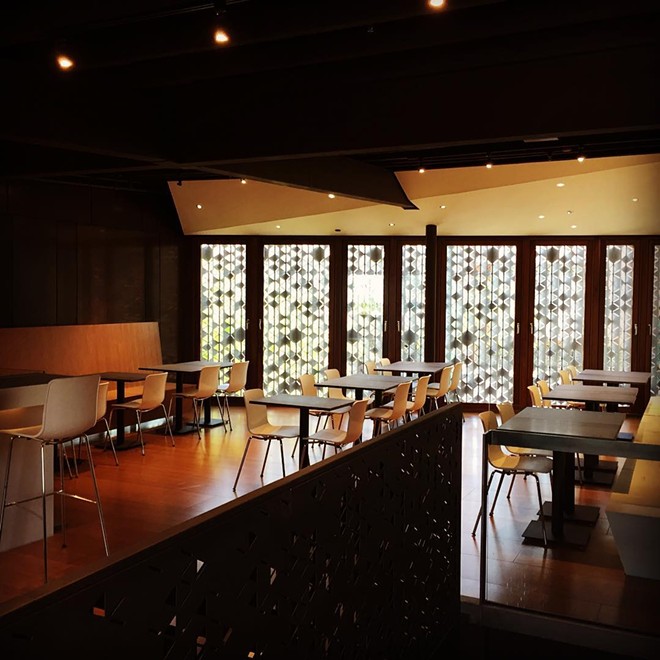 Matt Traxler
One of the most hotly anticipated new restaurants will finally open its doors this month after three years of slow and steady progress. It was May of 2013 that chef Cory Hess and company purchased the old City Grill space near the intersection of W. 65th and Detroit and set to work transforming the entire building into a contemporary dining spot in Detroit Shoreway.

“Finally, after three, four years it’s finally happening,” says GM David Hridel. “We have all our permits, the staff are in training, friends and family is scheduled and we open up on June 24th for business.” 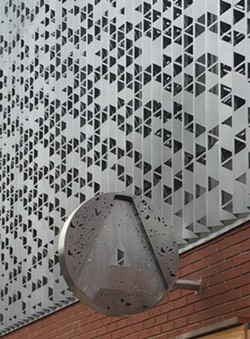 Matt Traxler
Despite the lengthy construction process, very few people have actually had the pleasure of exploring the interior, which was designed by local architect Robert Maschke. The modern, minimal space makes use of a few core elements like bamboo, glass, leather, steel and snow-white Corian.

“Other than a few neighbors and friends who knocked on the door, nobody has really seen it,” adds Hridel. “I really think that Robert is setting himself up for some recognition along the lines of a Beard Award for design. It’s really sharp.”

Chef-owner Hess is joined by Rebecca Hess, his wife and executive chef. George Hickey and Shawn Henton are the sous chefs, while Bar Manager Jeff Rowe and veteran mixer Erica Coffee are behind the bar.

The restaurant will seat a total of 115 guests on two levels, at the bar and on the patio. It will be dinner only every night but Sunday and Monday, serving clear up until 2 a.m. if the demand is there. Lunch, brunch and additional days of service might be added down the line.

Hess’s plans for the food menu reveal an eclectic mix of moderately priced tavern fare mixed with slightly more upscale entrees. Snacks range from fried peanuts with herbs to smoked candied salmon with jalapeno. A vedge-heavy starter section includes salads and spreads, while a pizza menu contains five meat and meat-free options. A large raw bar selection runs the gamut from raw oysters on the half shell and peel-and-eat shrimp cocktail to clam ceviche with mint and a fully decked out seafood platter. A concise entrée section features dishes built around surf and turf, fried chicken, salmon and a breakfast-for-dinner plate with poached eggs and smoked steak.

Keep track of the opening day and the menu debut here.