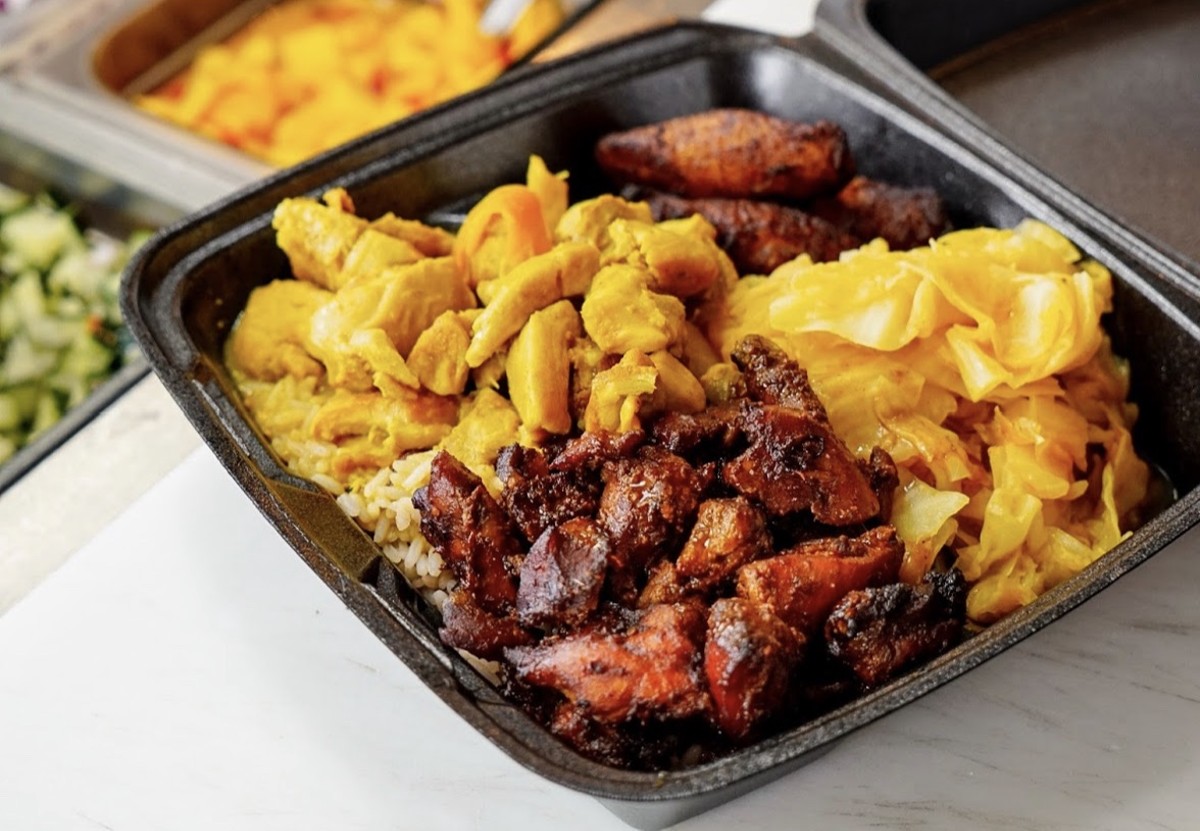 I don't recall who first tipped me off to Omar McKay's soul-satisfying Jamaican food, but I am forever indebted because the odds of stumbling upon it were zero to none. Situated in the food court of a moribund shopping mall, flanked by the likes of Auntie Anne's Pretzels and Charleys Philly Steaks, Irie Patties owned the distinction of having the worst location in the nation. But after a few bites of that electric jerk chicken, life-altering braised oxtails and comforting steamed cabbage, the depressing setting faded into the horizon.

Despite the challenges that existed all around him, McKay knew he was onto something. He clung to life thanks to word-of-mouth referrals and a robust catering business while he planned his escape from Richmond Town Square. Hope and salvation arrived in the form of a lease on a small brick-and-mortar shop on East 185th Street. McKay painted the sunny corner spot in the traditional colors of red, yellow and green, loaded up the coolers with grapefruit-flavored Ting soda, turned up the reggae and changed the name to Irie Jamaican Kitchen (621 East 185th St., 216-350-6112).

But the changes did not stop there. McKay recognized that to many local diners, Jamaican food remained as exotic a cuisine as Ethiopian. So, in addition to creating a colorful, approachable environment, he repackaged his authentic Caribbean fare into the now-familiar fast-casual wrapper of bowls, wraps and take-out boxes.

"I didn't see anybody doing it at the time," explains the prescient McKay.

To McKay, the food simply is home cooking, the types of meals that he helped his mother prepare back home in Trelawny Parish, just outside Montego Bay, Jamaica. After resettling in Northeast Ohio and graduating from high school, McKay burnished his cooking skills with a culinary arts degree from Tri-C. After moving from restaurant kitchen to restaurant kitchen, concocting the occasional island-style dinner special, the chef struck out on his own.

The food at Irie Jamaican Kitchen achieves an ideal balance between authentic and unique. McKay's fiery jerk chicken recipe is composed, just like Mom's, of onion, garlic, cinnamon, allspice, Scotch bonnets and heaps of thyme. But the meat is served off the bone, a concession to local diners. That jerk chicken, along with staples like curry chicken, curry shrimp and oxtails, can be enjoyed traditionally alongside the customary warm cabbage, rice and peas, and plantains or "Jahpotle" style as a wrap or bowl.

"Some people might be uncomfortable trying Jamaican food for the first time, but if you put it in a wrap or bowl, everybody gets it," says the chef.

Marketing and PR, the third leg of this successful stool, has been capably handled from the jump by partner Debra Drobnic, who manages all of the restaurant's social media feeds like a pro.

In a couple weeks, McKay will open his second Irie, bringing Jamaican food to Cleveland's west side. Like the original, this one will be located in a small space that once was home to a Royal Castle hamburger shop (4162 Pearl Rd.). If it operates at all like the shop on East 185th, the petite 700-square-foot spot will feed upwards of 200 customers per day.

That efficiency, not to mention the quality of the food and the passion of the man preparing it, caught the attention of Brian Seitz, president of acquisitions at Hillcrest Foodservice, a Cleveland-based distributor. While his company does not invest in restaurants, it does support them in countless ways, whether by providing fair pricing, suggesting point-of-sale systems, helping to calculate food costs or promoting them through Eat Local Ohio, a social media account that highlights local independent eateries.

"Entrepreneurs like Omar are the ultimate type of neighborhood catalyst," he explains. "The more you eat at a local place, the more likely that ecosystem is going to thrive."

According to Seitz, the sky is the limit for Irie Jamaican Kitchen, a concept and brand he envisions taking the local and regional market by storm.

"He's really a trendsetter," Seitz adds. "I think this concept will catch on wherever you put it. To watch these places grow from one unit to two units to five units — it's amazing, and that supports their family and employs people in the community. It's really the American dream."

Omar is taking those words of support to heart. In addition to the upcoming Shop No. 2, plans already are in motion for a third location, likely on the east side of town, with sights set on even bigger things down the road. For a guy from Trelawny who launched his business at a dying suburban mall food court, things are looking pretty irie.

"I got a good thing going, that's why I want to jump on expansion," says McKay. "One day I want Irie Jamaican Kitchen to be a household name — and I think it can be."

City Goods and Hangar Bodega and Bar Will Open in Ohio City on Friday, September 16th