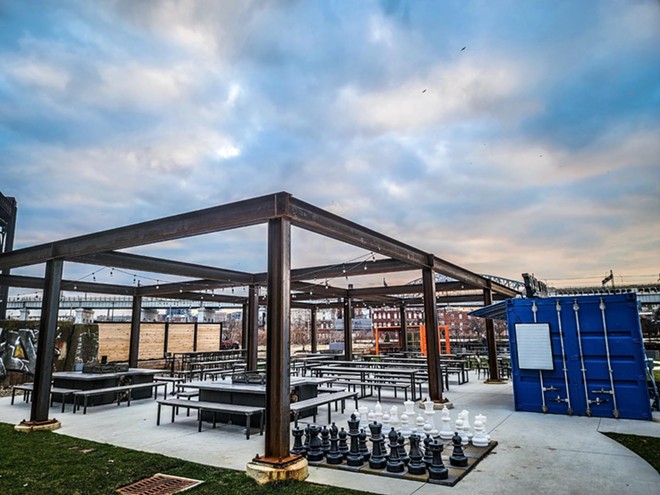 When BrewDog Cleveland debuted in December, diners and drinkers were treated to an impressive, and massive, operation.

The Scotland-based brewery had transformed a sterile, and massive, space in the Avian building on the Scranton Peninsula into what Scene dining editor Doug Trattner described as a "plush and comfortable destination with soft seating areas, toasty live fires and a handful of video and bar games."

But an equally impressive part of the project wasn't even available to patrons yet, but will be starting  Saturday, April 30th.

That's the massive riverfront patio, sure to be a spring and summertime destination, which will officially open for business Saturday, April 30th at 11 a.m.

No reservations will be accepted, but opening day will feature "stiltwalkers, carnival games, Elvis Juice-flavored popsicles, aerial performers, and more."