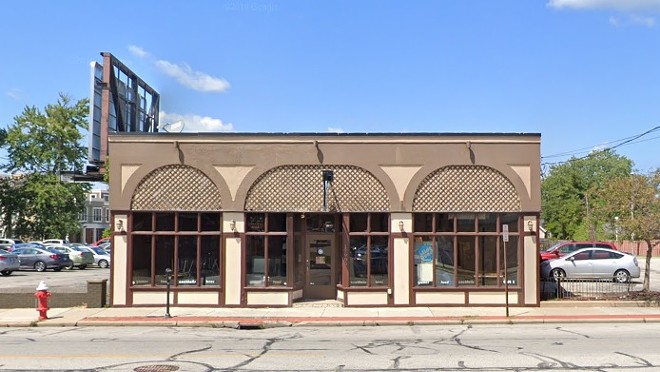 Google Maps
Former SideQuest space to become Artis
Andrew Mansour has taken possession of the former SideQuest property (17900 Detroit Ave.) in Lakewood. The chef, formerly of Zhug and Edwins, is planning to open Artis Restaurant, which he describes as a contemporary, shareable steakhouse.

“We’re going to be a steakhouse but absolutely not what you think about, where you get a big-old slab of meat and everybody ordering their own thing," he explains. "We’ll be very shareable and approachable – a steakhouse that’s not a steakhouse. We’re putting a new spin on America’s favorite concept.”

Mansour says that Artis will be fine dining, but without the white tablecloths. Inside, the bar and dining room will sport a Miami Art Deco Revival décor, with `80s colors like coral and teal. Outside, the reimagined façade will mimic the smooth lines and rounded corners of Art Moderne structures like the Cleveland Greyhound station and the Cleveland Coast Guard building.

A large horseshoe bar divides the main room into semi-separate lounge and dining room spaces. Between bar and lounge seating, traditional tables, communal tables and banquettes, there will be seating for 65 to 85 guests.

That number will grow when residential spaces in the rear of the property are converted to a private dining room and a speakeasy in future phases. Similarly, patio seating will start at around 40 but jump to 100 or 140 after future landscaping projects are completed.

“We have the whole building and the entire property other than three of those garage bays out back,” Mansour says.

The estimated opening day is slated for late spring or early summer.

Mansour says that he was attracted both to the property and the neighborhood around it.

“I love the fact that it’s on the west end of Lakewood,” he notes. “I like the fact that there’s a lot of good competition. I like that we’re in a super-dense, walkable neighborhood. There’s so much going on out here.” 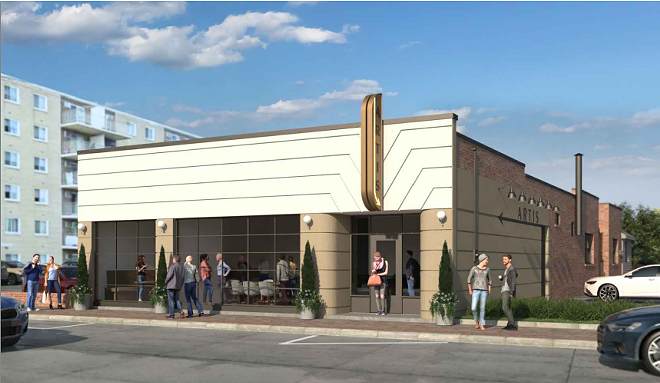 Cleveland DRAW Architecture
The reimagined façade of the property in Lakewood.