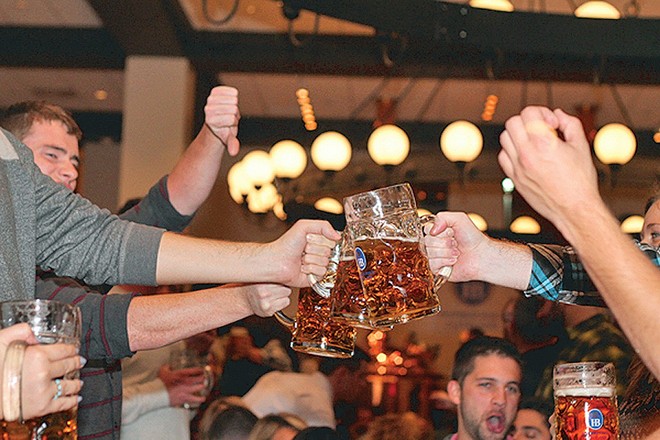 Photo by Emanuel Wallace
As a result of the public Covid-19 Health Advisory, Hofbrauhaus (1550 Chester Ave., 216-777-9449) has announced a temporary closure of its Cleveland restaurant. Effective immediately, and extending through December 17, the Bavarian brewery and restaurant will close its bierhalls and biergarten. The restaurant will continue offering beer and food to go as well as catering services.

In that vein, the owner held a public press conference today, Wednesday, December 2 urging Congress to act to reauthorize the CARES Act benefits that were initially approved in April of this year. He, along with other local business leaders, sounded the alarm in regards to the devastation that awaits independent restaurants if they fail to act.

Owner Andi Udris writes, “The goal of our message will be to urge Congress to act immediately and meaningfully. Without Federal funding and replenishing P3 and unemployment benefits, billions of dollars of private equity will vanish and lenders will be forced to foreclose on small business loans that could have created jobs faster than any new programs. This is not a Political Party matter, it is a question of National security and public welfare.”