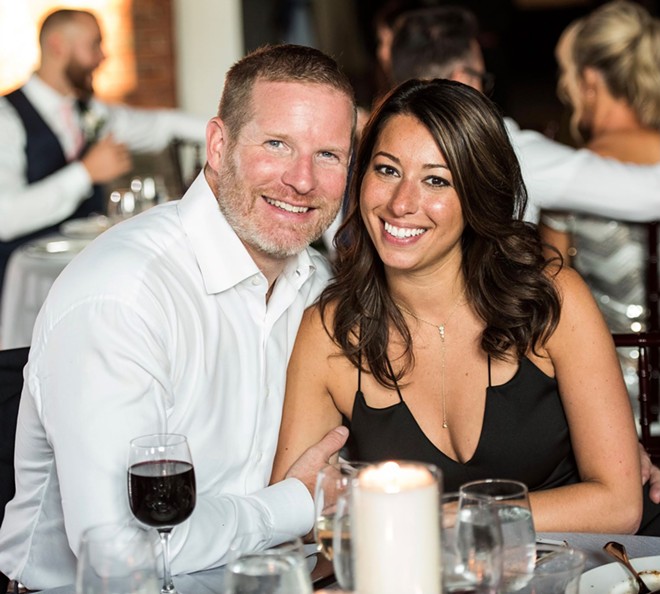 After golfing with buddies, Dan Deagan returned home to help his girlfriend Jackie Ramey prepare for the following day’s Fourth of July festivities. To celebrate the holiday, the couple was hosting friends at their new “dream house” in Westlake, which they had moved into one month prior. Deagan loaded a Yeti cooler with beer and ice while Ramey brined a pork butt and pork loin bound for the smoker. It was still early – around 10:30 p.m. – when Deagan went upstairs to bed and Ramey took the dogs with her to the basement to shield them from the fireworks.

“I don’t remember waking up, but my first thought was, this is a really terrible dream,” Deagan recalls. “It’s so hot and I can’t see anything and I can’t breathe. Then I burnt my hands and remember realizing, Oh my god, this isn’t a dream; this is happening.”

While Deagan was sleeping, and Ramey was oblivious in the dark, quiet basement, a small fire started in a trash can on the back porch. It might have been an errant spark from the firepit or a slow-smoldering ember from days prior. The small fire spread to the Yeti, which created a blaze intense enough for the neighbor to dial 911. Within minutes, the flames climbed up the backside of the home and quickly engulfed the attic directly above Deagan’s bedroom.

“I couldn’t see a foot in front of me because of the thick smoke,” Deagan says. “I was just trying to find my way out. I would have gladly jumped out of a window if I could see one.”

When the windows on the house blew out from thermal stress, Ramey awoke in the basement still clueless to the events taking place upstairs. It was only when she climbed to the main floor and saw the smoke that she comprehended the danger and managed to flee unharmed through the front door.

Deagan recalls crawling around on his hands and knees to escape but he was blind from smoke, searing with heat and depleted of oxygen. The police were the first to arrive on scene, but it was too dangerous for them to attempt a rescue. The first fireman entered the house while he was still pulling on his second glove, which exposed his flesh long enough to sustain a severe burn. As he climbed the stairs, the fireman thought to himself that there was no chance anybody could survive the blaze. And then he heard a muffled, “I need help in here.”

Given that all the outlet covers in the bedroom melted from the heat, the firemen pegged the temperature around 350-400°F. But at six feet – human height – those temperatures would soar to 600-700°F.

When the fireman wrapped Deagan in a fire blanket and carried him out of the house, Ramey feared the worst. But Deagan thought he escaped major trauma. Chalk it up to adrenaline or shock or whatever, he didn’t feel any pain. In truth, 50 percent of his body was covered in 2nd and 3rd degree burns and survival was anything but a certainty. His hands, knees and tops of his feet were roasted from crawling on scorching tile, while everything from his neck down to the bottom of his butt literally broiled from the intense heat above.

Deagan awoke to find his wrists restrained and a breathing tube down his throat. He was at the MetroHealth Burn Care Center, where he would remain for a full month. If he mistakenly believed that he escaped severe pain earlier, the patient quickly was disabused of that notion thanks to daily debridement procedures.

“Every morning they have to come in and change your dressings,” Deagan explains. “Even before that, you’re sitting in your room and you hear people screaming and crying while getting their dressings changed. It’s not just the worst pain I have ever felt, it’s the worst pain I can ever imagine.”

Deagan endured that and more yet managed to maintain a positive attitude throughout it all – or at least most of it. His spirit was buoyed by daily visits from Ramey and his 11 brothers and sisters. His youth, health, strength and proximity to MetroHealth all greatly increased his odds of survival and long-term success.

“We lost stuff and I lost skin,” he says matter-of-factly. “Jackie is alive and unharmed. The dogs are fine. I would go through this 50 times before I’d want her to go through it once.”

It’s been three months since the tragedy. Deagan still wears compression sleeves over most of his body for all but one hour a day, his and Ramey’s dream house is a total loss, and the couple lost pretty much all of their personal possessions. But if you think Dan Deagan has lost his sense of humor, you’d be mistaken.

“When we bought the house, I would say to my friends that this is the house I plan on dying in,” he quips. “I didn’t mean it literally.”