Diner on Clifton to Close on April 18 (Really This Time), Hopes to Find New Location By Late Summer

Update II: The Diner on Clifton's unclear future, which began with news that it would close in February and continued when the restaurant stayed open past that date as owner Perry Drosos and the landlord tried to work out a solution, is a little more clear now. There's a firm closing date as well as hope that they can find a home at 11500 Clifton Blvd, which used to be a PNC bank.

Update: Owner Perry Drosos says that he is no longer closing the diner today, February 29. He decided to remain open while he and the landlord negotiate the next moves. Meanwhile, he adds, business has never been better.

“We’re being thrown out on the street,” says Drosos, perceptibly distressed. “Next to my parents dying this is the most stressful time of my life.”

Drosos admits that he has been operating without a lease for years, and that he has been knee-deep in plans to relocate for about a year. But those plans are progressing much slower than he anticipated. He says that his requests for more time have been denied.

“I bought that place 27 years ago,” Drosos says. “This feels personal when it’s something that’s been such a huge part of my life.”

His landlord has a different interpretation of the situation.

“I’m surprised and disappointed that that’s what he had to say,” says Constantine Katsaros, who also operates Twist Social Club in the same block-long building. “This has been in the works for about a year.”

As part of a full-scale storefront renovation project slated to begin March 1, one that will go on for months and span the facade of the entire building, most businesses on the block will be forced to close at least temporarily, says Katsaros.

“The whole façade is coming off that space, so nobody would be able to operate in that space for several months,” he explains. “That was the catalyst for this whole thing.”

Katsaros also points out that the diner has been operating without a lease for about a decade.

“We have offered many, many times, but apparently the terms were not to his liking,” he says.

When the dust does eventually settle this summer, the former Diner on Clifton space will be home to a new restaurant, says Katsaros, adding that the precise name and concept of which will be announced in the coming weeks.

As for Drosos’ fate; he says that he does in fact have a bead on a new space, but can offer no estimate on an opening date. For now, Diner on Clifton fans have a week to support his efforts and say their goodbyes.

“It’s just heartbreaking to me because I love my people there and they have been there for a long time and people love us,” he says. 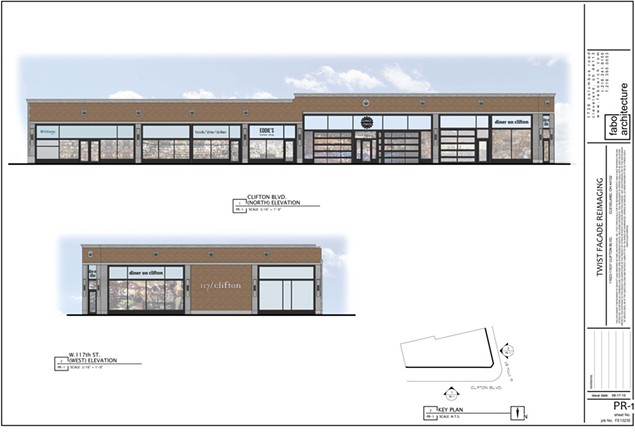