'Elusive' Chick-fil-A Restaurant Could Finally Be Coming to Parma 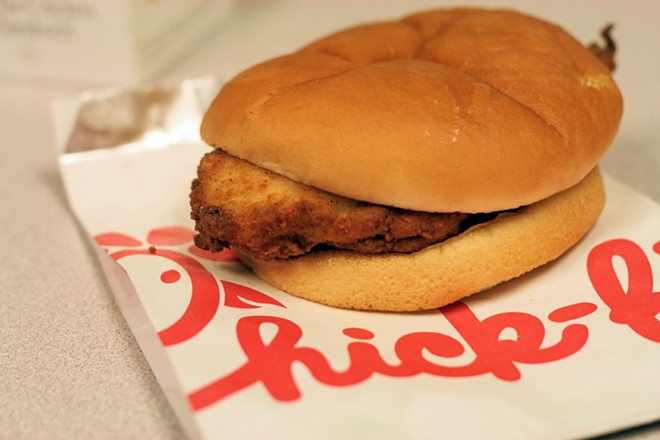 Photo via Wikimedia Commons
For years the residents of Parma have waited for the chicken sandwiches they knew in their hearts they deserved to come to their fair suburban city.

Wednesday night, the Parma Planning Commission approved the construction of a brand new Chick-fil-A building at 6688 Ridge Road, which currently houses medical offices. Although the fast-food chain higherups haven't officially confirmed the location, Parma is at least one step closer to realizing its chicken-loving dreams.

“Getting a Chick-fil-A to open in the city has been elusive,” Mayor Tim DeGeeter told Cleveland.com, while also explaining that the restaurant was approved to move into a former YMCA property in 2016, but never came to fruition.

While Chick-fil-A, which has several locations dotting Northeast Ohio, is known for its ridiculous, bad-spelling cow mascot and deep-fried chicken options, the company has also taken rightful heat for its stance against LGBTQ matters in recent years.

Parma city planners predict that construction should begin as early as next year.

Sign up ​for Scene's weekly newsletters to get the latest on Cleveland news, things to do and places to eat delivered right to your inbox.
Scroll to read more Food News articles
Join the Cleveland Scene Press Club