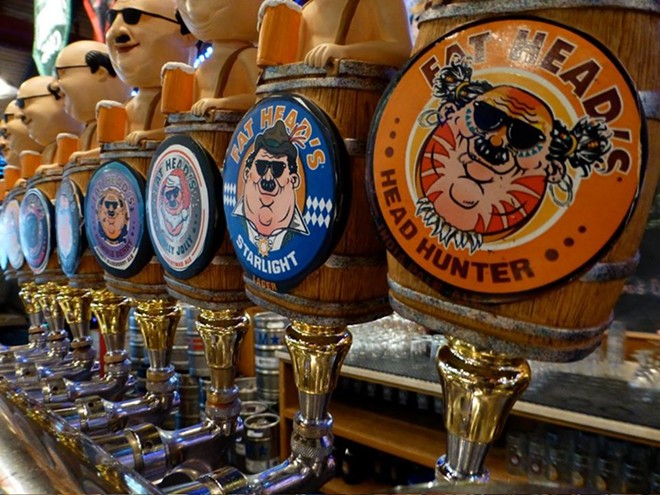 If you've driven down I-71 between Snow Rd. and Bagley in recent years, you've undoubtedly noticed the rise of the mega structure that will house a Fat Head's brewery, restaurant, taproom, gift shop and production facility.

The award-winning brewery, which announced plans for the expansion back in 2015, hopes to have everything open by August 6.

That won't be a problem at the new location. With 75,000 square feet, it will more than triple the space of Fat Head's previous production facility, with even more room to expand.

The brewpub in North Olmsted will remain open. The former taproom in Middleburg Heights closed last weekend as they get set for the move to the new home.

Coming in at around $10 million, the project boasts a 75-barrel system that can produce 150,000 barrels of beer a year, a number that would put Fat Head's in the top 50 in the country.

Along with a 3,000-square-foot patio, beer garden and 250-seat restaurant, the layout also offers visitors a chance to get a look at the brewing process.

“We’re setting it up so you can do self-guided tours that horseshoe people around the whole process, from open fermentation to malt handling and hop storage to canning, packaging and kegging," Cole said.