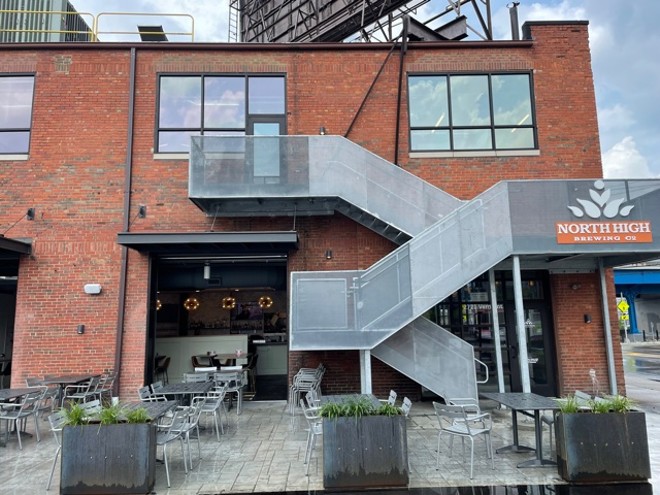 
Columbus-based North High Brewing has joined the craft beer party in Ohio City with its first Northeast Ohio taproom and kitchen (2814 Detroit Ave.), which had a soft opening last weekend.

Founded in 2011, the brewery began as a brew-on-premise operation before hiring brewmaster Jason McKibben in 2014. Since then, North High's expanded beyond its initial flagship in the Short North neighborhood of Columbus to a full production brewery with taprooms in Dublin, Springfield and Cincinnati.

Like Cincinnati, the Cleveland taproom and kitchen is part of a COhatch coworking space, which is also celebrating its grand opening this week near the corner of Detroit and West 25th in the former Bounce Nightclub space.

"There are lots of breweries in Ohio City, but we're confident we can come into the market and make a splash," says North High Cleveland GM Mike Harl.

On tap will be five-year round beers and a half-dozen seasonal options. Almost all the brewing will be done down in Columbus, but the Cleveland location is doing some barrel-aging brews locally. Eight cocktails and a small, focused menu of wines rounds out the beverage program.

COhatch envisions the space working both as a neighborhood destination at lunch, happy hour and dinner for the bustling block newly filled with hundreds of apartments with even more coming online, and as a spot for coworking tenants to enjoy during the day, says Cleveland COhatch operations manager Christian Bryant. 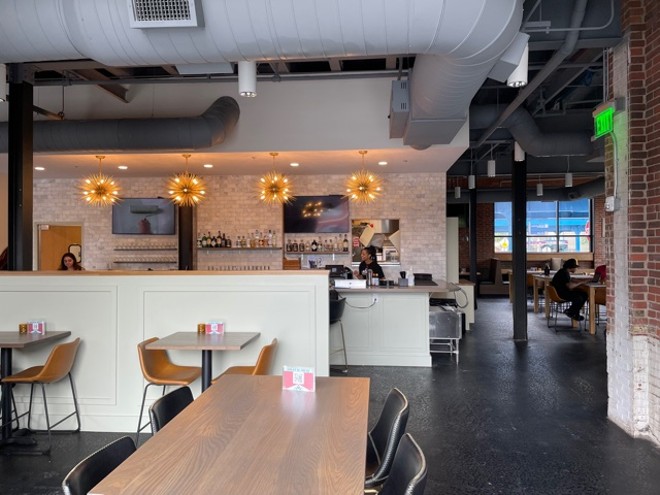 The stylish space features an attractive bar, dining room, and two garage doors that expand the footprint during warm weather, bringing the inside action to the 12-table patio outside.

As for how North High will feel different than its nearby brewing neighbors, Harl says that the vibe of the space will change throughout the day, with commuters and workers during the day for lunch, resident happy hours in the afternoon, and evenings bringing increased volume on the tunes — "We have a subwoofer," he says.