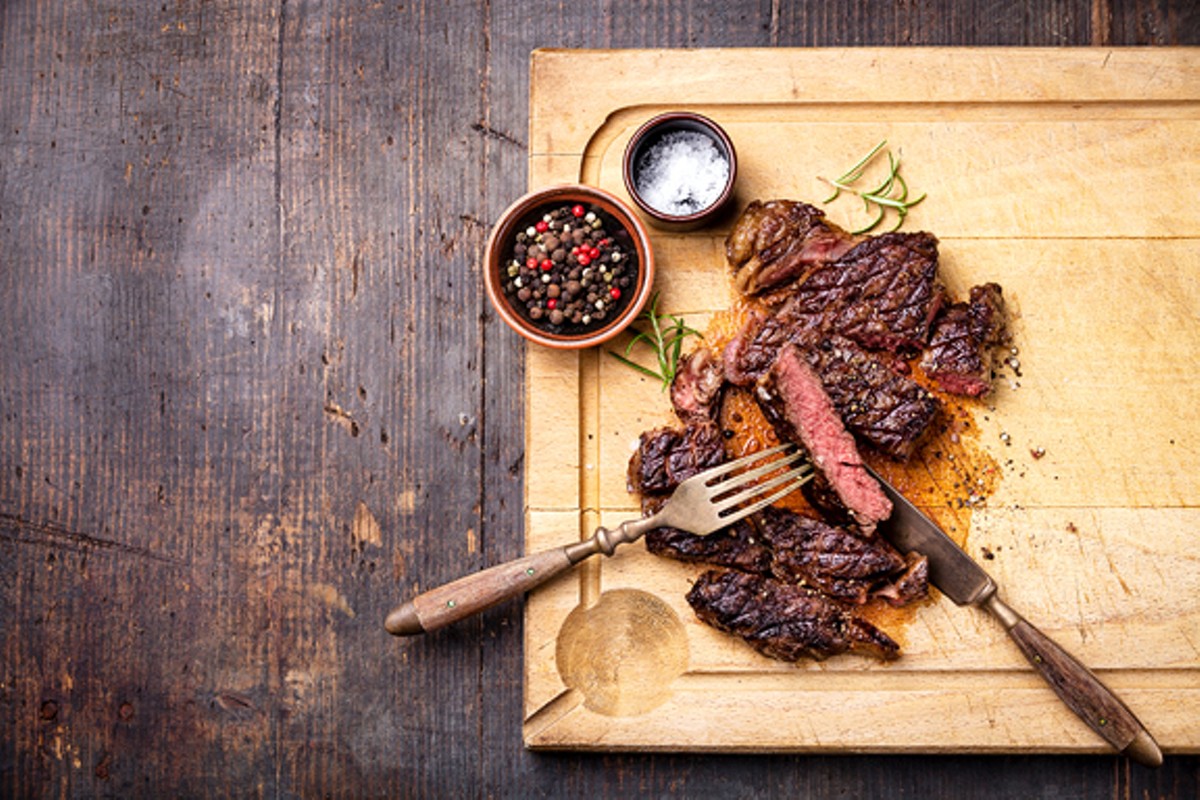 When planning a backyard get-together, it helps to have a theme to tie it all together. We're not talking about grass skirts and coconut bras here, but rather a narrow culinary focus around which to organize a shopping list. The best, like the following to-dos, require very little running around and almost no prep time.

Thanks to La Plaza Supermarket, throwing a Mexican-themed fiesta is an easy one-stop affair. (Two, if you want to whip up Margaritas.) From produce and marinated meats to snacks and bevvies, this Latin grocery in Lakewood has all bases covered.

Snacks and Starters: La Plaza sells some of the best housemade salsas in town, from bright and fresh pico de gallo and creamy guacamole to tangy salsa roja and fiery salsa verde. Grab one or two of each along with a few bags of restaurant-style tortilla chips and a half pound of the homemade chicharrones (fried pork rinds). If you're feeling adventurous, grab some fresh jalapenos, stuff them with grated Chihuahua cheese, and pop them on the grill until warm and bubbly.

Main Course: Daily at its butcher counter, La Plaza cuts and marinates meat, making a Mexican-themed grill-out blissfully easy. Grab some skirt steak, flank steak or marinated chicken breast along with a few packages of corn tortillas, keeping in mind that each taco should contain two. While the meat is grilling, warm the tortillas in foil on the grill or wrapped in a towel in a microwave oven. For garnish, set out your salsas, pickled carrots, fresh chopped cilantro, diced white onion, and lime wedges.

Dessert: If you feel that no meal is complete without dessert, pick up some flan (caramel custard), arroz con leche (rice pudding), tembleque (coconut pudding), or strawberry filled churros.

Beverages: La Plaza has both soft and semi-soft beverages, including a rainbow of Jarritos sodas and tons of Mexican beers, including Tecate, Sol, Dos Equis, Modelo Especial, and the hard-to-find Corona Familiar. If you want to make a pitcher of margatitas, you'll have to hit the liquor store for some tequila blanco.

Burgers and dogs, for sure, but a person needs steak too. The biggest mistake home cooks make — apart from buying the wrong cut — is buying too much of it. Go for fat two-inch-thick bone-in ribeyes, porterhouses or Delmonicos. Not only are thick steaks easier to grill to an appropriate temperature (medium-rare, obviously), but they can be sliced and shared, allowing guests to grab as much or as little as they'd like. Oh, and they should be USDA Prime, which means you're shopping at Mr. Brisket in Cleveland Heights.

The Main Event: While Mr. B is the go-to guy for prime steaks, he's also got the best quality burgers and dogs that money can buy. And the hits keep coming: heritage-breed pork chops, hormone and antibiotic free chicken breasts, turkey burgers, and homemade Italian and Thai sausages.

If we've learned anything from our chatty friends on the Food Network, it's to buy and use a meat thermometer to prevent overcooking our chops (130 degrees for medium-rare). And here's a top tip from chef Adam Perry Lang. When the steaks are about to come off the grill, make a "board sauce" by chopping up some fresh herbs (thyme, rosemary, sage and/or parsley), some fresh garlic, maybe some lemon zest, and a drizzle of olive oil. Flip the finished steaks into the board sauce and allow to rest for a few minutes before slicing.

Sides: Mr. Brisket makes potato salad, coleslaw and macaroni salad so you don't have to.

Buns: If you're doing burgers and dogs, you'll need buns. Mr. Brisket only sells rye bread, which is not a bun. For those you'll have to hit a bakery like On the Rise, Zoss or Stone Oven, all of which are in the neighborhood.

Beverages: The Wine Spot, just around the corner, carries one of the best selections of craft beer around, in cans, bottles and on tap for growler fills. Of course, if you're having steak, you'll want a few nice bottles of cabernet or Malbec, also available right here.

Sometimes it makes sense to skip right to dessert. It doesn't need to be somebody's birthday to throw a sweets-themed bash complete with a make-your-own sundae bar. There's nothing to cook and everything to gain.

The Cold Stuff: Hit up your favorite ice cream shop (Mitchell's Homemade, Mason's Creamery, A Cookie and a Cupcake, and Jeni's come to mind) and pick up a few of your favorite flavors, being sure to grab at least some vanilla for those who like to focus on the toppings. Maybe some non-dairy gelato or sorbet for the whiners.

Hot Side Hot, Cold Side Cold:Don't sweat the small stuff, but don't melt the ice cream. Grab a wide tub or cooler and fill the base with ice to keep the ice creams from going all soft on you. For warm toppings like hot fudge and caramel sauce, place them in heatproof containers on a gas grill (or side burner) set to low.

Toppings: Everybody knows that the toppings make the sundae, but why not start from the bottom? Set out plates of warm and fudgy brownies, chocolate chip cookies, or crushed waffle cones to give the sundaes a boost. When it comes to the rest of the toppings, the sky's the limit, but you'll want to consider chopped nuts, fresh fruit like strawberries, bananas and blueberries, and of course whipped cream.

Adult Beverages: You might as well throw some bubbles — prosecco, Champagne, or mini cans of Sofia Blanc de Blancs — on ice alongside that root beer for those who might be in need of a mood enhancer.

A backyard pizza party takes a little extra planning, but the results are totally worth it. For starters, everybody gets exactly what they want or don't want on their pie — no swimmers! — and second, all the mess stays outside of the kitchen.

The Goods: Go to Gallucci's at least one day before the bash and load up on frozen pizza dough balls ($1 each), bags of shredded mozzarella, jars of pizza sauce, sliced pepperoni, banana peppers, maybe some prosciutto, fresh basil, and anything else that looks delicious. Move the dough balls from the freezer to the fridge the night before the bash, and from the fridge to the counter the morning of.

The trick to a successful outdoor pizza party is converting your gas grill into a pizza oven. That's easier than it sounds. If you have a pizza stone that you use in your oven, simply move it to the grill. If you don't, even better, because you'll save a ton of money by going to Home Depot or Lowe's and buying unglazed quarry tiles for a fraction of the price. Turn the grill on medium heat an hour before cooking. Too high a heat from below nets a burnt crust and uncooked toppings.

The Set Up: Set out all the doughs (covered), sauce, cheese and toppings. It's best to have one person spin out the dough, place it on the floured pizza peel, and let the guest add the toppings. Cover and cook one or two pies at a time, depending on how big your stone or stones are. Add fresh herbs after the pies exit the grill, slice and serve.

Beverages: You can handle it from here.