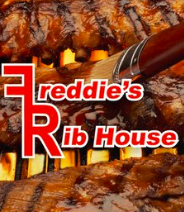 When I was 16 years old, I went to a summer camp in Oregon. Each of the 90 campers was assigned to a ten-person group, and each group had a special mentor who was supposed to guide the group through a week-long project. Somehow, I was assigned to a group led by a Native American chief from Idaho; our week project was to learn about, then build, a traditional native Sweat Lodge, then participate in the ceremony. Over the course of the week we found wooden supports, gathered river rocks, found a location in the woods, built the lodge, and, 24 hours before our sweat lodge was to occur, we started a giant bonfire and kept it going, heating the rocks we were to use. The Chief had brought along an assistant to tend the fire; during the lodge, whenever the special signal was given, the assistant would dig out a heated rock from the fire with a pitchfork, shake the ash off, and carefully bring it into the lodge, depositing it in a hole in the middle of the circle. The chief would then use a birch branch to sprinkle water on the rock, instantly steaming the lodge up.

The eighty other campers were so jealous of our group’s activity that they petitioned the Chief to hold another lodge for people not in our group; he consented. However, his assistant had to return to Idaho for tribal activities, so he needed someone to help him. The lodge was to occur at midnight, and he asked me to tend it with him. I knew it was a big honour, and even though it would mean abstaining from last-night interactions with my camp crush, I agreed.

That night, ten other campers went into the lodge as I sat by the roaring fire, feeding logs on and watching the river rocks glow. Every half hour or so, the signal would go, and I’d bring another rock in to the lodge. Around three in the morning, I’d gotten used to the monotony when suddenly a dog dashed out of the woods, straight at me. It did a loop around me and the fire, clockwise, then made a sharp right turn and jumped straight into the flames. I covered my face as there was an explosion of sparks, then looked up to see a bird, with flaming wings, shoot straight into the sky.

“Fuck,” I said. Ash had landed on my forearms and shorts, and I brushed myself off. Then the call came for another rock.

An hour later, the campers and the Chief came out of the lodge, sweaty and excited, and I watched the 17-year-old girls in their bikinis walking, swaying, to the main buildings. The chief came straight at me, though, and shook my hand firmly.

“Without you, this wouldn’t have been possible,” he said. “Thank you.”

“I gotta tell you something,” I replied, and recounted what I’d seen. “I think I need to get some sleep.”

He looked straight at me in the firelight. “No, you’re fine,” he said. “Those were your spirit animals.”

He told me that in Native culture, people have a spirit animal, which guides them, reflects them, and can help enlighten them and give them strength. Most people just have one. I was a bit disappointed to learn that it wasn’t a dog but a jackal that I’d seen, and it wasn’t a bird but a Phoenix. He wanted me to reflect on what those meant to me before he told me much more about them, and asked me to contact him when I’d done so. I went back to camp, couldn’t find my crush, and passed out in my bunk; by the time I’d woken up, Chief had started on the long road back to Idaho in his battered old pickup truck.

As I learned more about it, the Phoenix has a lot of symbolism throughout history and spirituality. Some would even suggest that Jesus’ story is that of a Phoenix, and has certain parallels.

But today, I want to tell you about another Phoenix, one that has much more import to Northeast Ohio than me, or the city in Arizona, or Jesus.

No, seriously - this is more important than Jesus.

Freddie’s Southern Style Rib House is well known among everyone who has any taste at all as having produced the greatest Polish Boy in intergalactic history. Alas, it burned down in what some local food bloggers have argued was the most devastating fire in Northeast Ohio history. A few even said it was arson - part of a nefarious Cleveland Clinic attempt to expand its campus toward the lake. Freddie’s son Andre Wheeler attempted to create a new Freddie’s, with the same chef and recipes, in Lyndhurst, but, due to its location in the middle of a neighbourhood full of people who wouldn’t know a good Polish Boy if it shoved its kielbasa down their Josh Mandel-loving throats, it went under, just like Mandel’s last attempt to unseat U.S. Sen. Sherrod Brown. (Mandel, of course, was a few years too soon, and perhaps not bold enough with the Big Lie; Trump’s rise may allow him to get away with his pollster-produced fake Southern accent this time around.)

Anyway, now, Andre is bringing it back - to a neighbourhood that can handle it: NEIGHBOURHOOD. You can find him and his family's delicious food at 15908 St. Clair Ave. in South Collinwood in the very near future. He’s coming back with the same food (and finalizing the menu this week), a better location, and, like the Phoenix, he will hopefully rise again. Unlike Josh Mandel.

Beau Cadiyo edits and writes for the Cleveland Sandwich Board. He is currently on assignment in Hanoi.