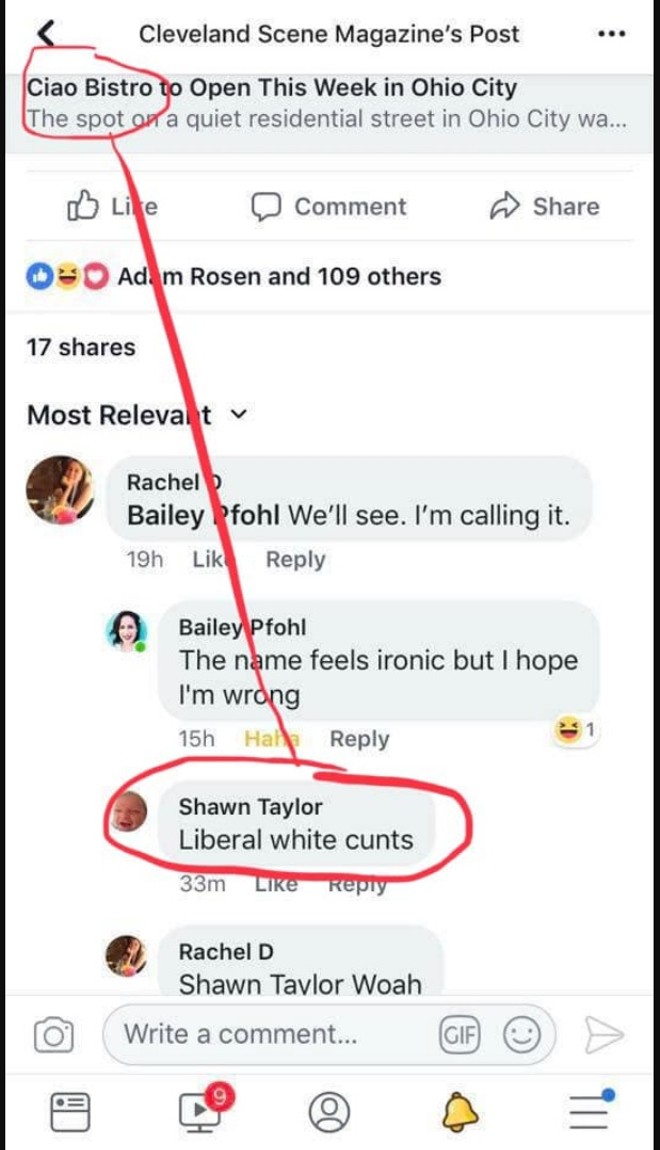 As one can expect, the blowback following a restaurant owner's offensive comment on a Facebook post was immediate, fierce and relentless. The statement appeared beneath a Facebook post by Cleveland Scene of an article announcing the imminent opening of Ciao Bistro in Ohio City.

In response to an innocuous comment about the business, owner Shawn Taylor (or somebody with access to his personal Facebook account; see his full now-deleted explanation and statement below) penned the three little words that likely doomed his business before it even opened: “liberal white cunts.”

Attempts to whitewash the incident included deleting the abhorrent comment, naturally, apologizing, and throwing his (fictional?) social media manager wholly and completely under the bus. Obviously, none of it was sufficient in quelling the uproar, which rose to a fever pitch in a matter of hours thanks to screenshots, social media, online comments and Reddit, which has clocked in 175 comments. Eg. "RIP Ciao Bistro (10/25/18-10/23/18)"

While many who have chimed in are taking pleasure in the bottomless pit of schadenfreude, made all the worse by the ironic name (Ciao!) and the owner’s own declaration in the original Scene preview that follows:

But the question remains: What happens next? Can Ciao ever take flight? Will the business open as planned? Can any amount of mea culpa repair the damage?

The Ciao Bistro business page has been expunged from Facebook. Neighbors reported seeing the signs being pulled down and some furniture removed from the building on Whitman Avenue.

Calls and texts to the owner have been unreturned, as have calls to the landlord of the building, which recently was home to Cha Pizza.

We'll update this page if/when we learn anything definitive. 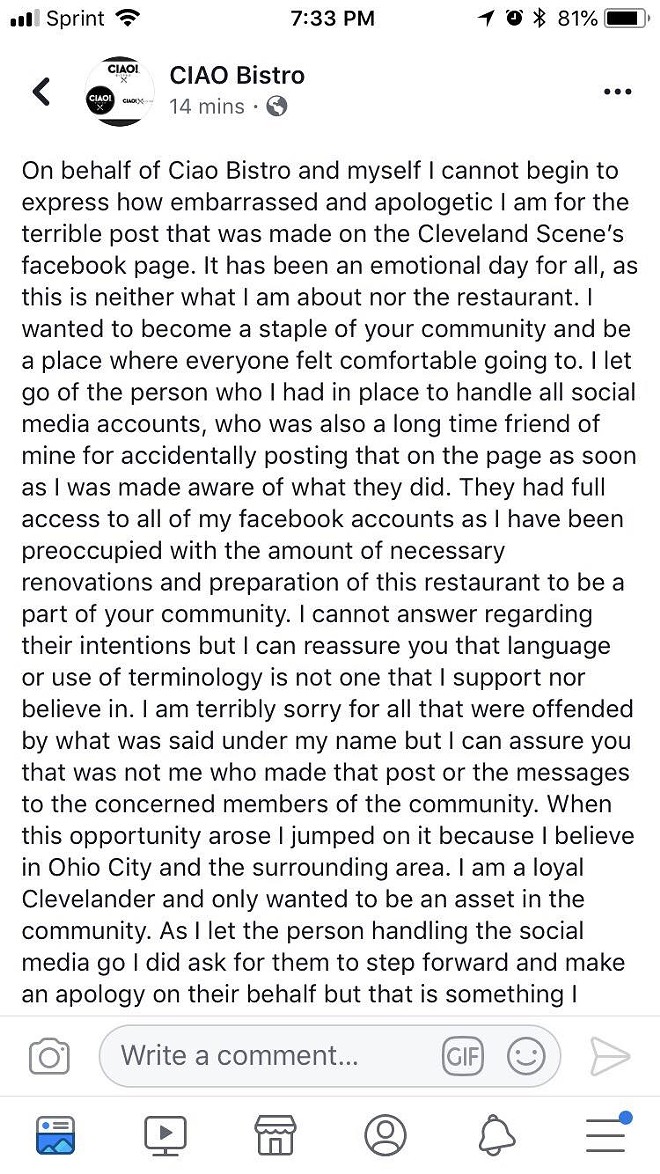 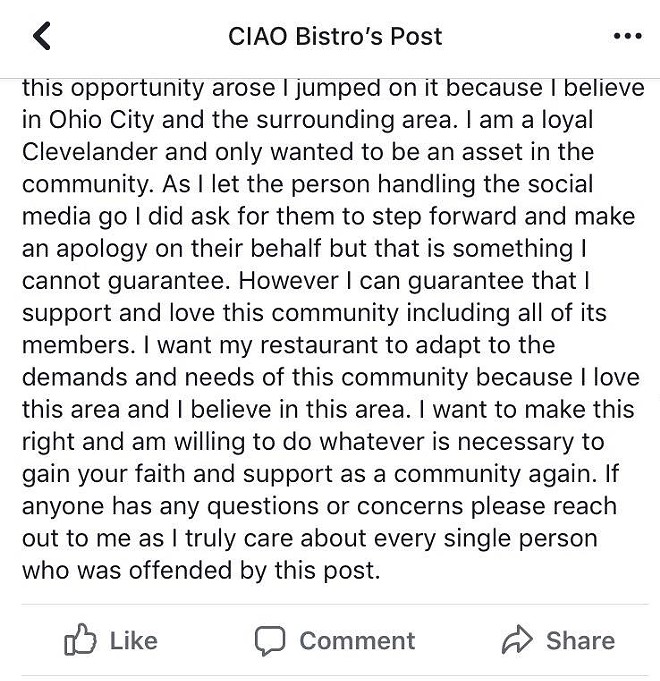