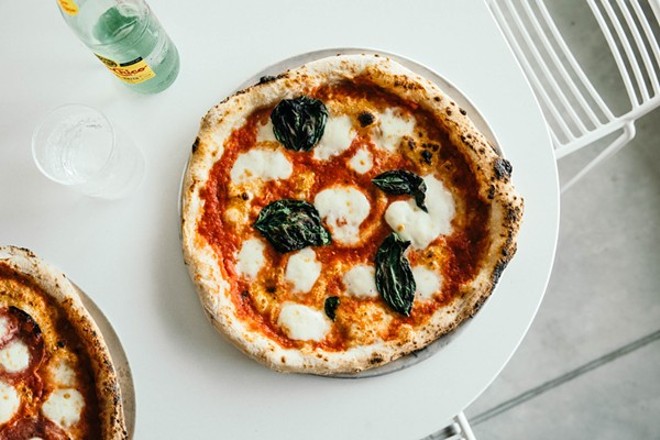 Cleveland was blessed with more good pizza than you can shake a jar of chili flakes at before the pandemic, which brought newcomers of varying styles to further bolster the pie supply on the shores of Lake Erie.

Some of them got a nod this week from Food & Wine in the magazine's piece on the best pizza in every state. Here's what they had to say about the Buckeye front:

In Cleveland, there are pan-style pizzas topped with a provolone at institutions like Geraci's in University Heights, now over a half-century old, or Mama Santa's, in the city's Little Italy. Things thin down considerably in Columbus, home of the Johnny Marzetti noodle-beef-cheese casserole, in case you needed a reminder that the Midwest really does start here. Terita's does the regional style proudest, operating out of its little North End bunker for more than 60 years now. This is definitely a thin-crust town, but the dough at Terita's has never been an afterthought. By the time you get to Dayton, another town that's incredibly proud of its pizza, you're down to the bare, cracker-crust walls, loaded up with toppings. Locals like to debate big names like Cassano's (which used to automatically salt the bottom of the crust before baking) and Marian's Piazza, but it's one-offs like Pappa's Pizza Palace in Miamisburg (and Joe's back in Dayton, if you like a slightly thicker crust) that work the hardest. On and on it goes. There's Hamilton, where the pizzerias are also known for their fruit pies (try both Chester's and Milillo's, both local institutions). There's Akron, where the salads you order with your pizzas are mostly grated cheese. And we haven't even gotten around to the overwhelming number of regional chains that, for many Ohioans, are the first and last word in best local pizza, depending on—of course—which chain they grew up with.

At some point, however, you'll be happy to snap back to the pizza present, and there have been some impressive new developments—there are the lovely, neo-Neapolitan pies at Il Rione, one of Cleveland's best restaurants, summer nights and Margherita pizzas on the patio at Harlow in Lakewood; Cincinnati, one of the more pizza-deprived corners of the state, finally did the right thing and outsourced to a certain pizza capital, just a few hours up I-75—Taglio makes one of the finest Detroit-style pies you'll try in a state where they teach you to roll your eyes at Michigan from birth.