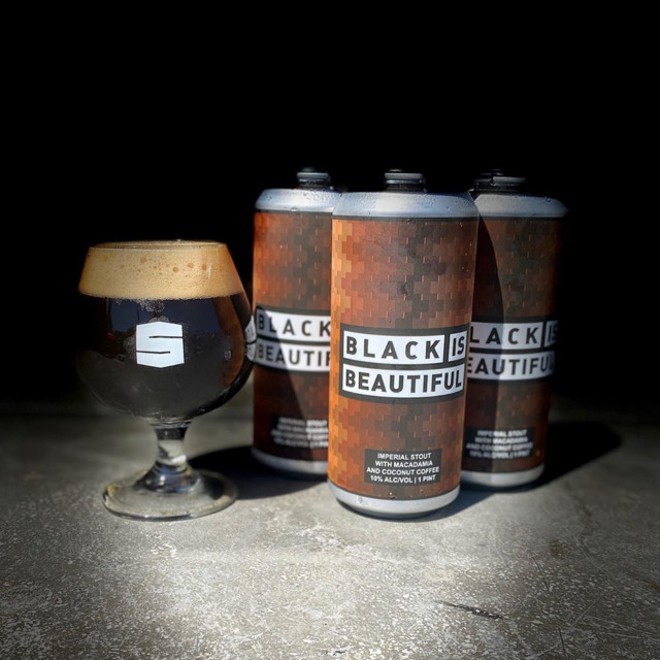 Streetside Brewing FB
The death of George Floyd in May at the hands of the Minneapolis Police sparked a national outcry. Millions have gathered to fight against systemic racism in policing, politics and culture at large and make it known that Black Lives Matter.

Black-owned businesses are an important part of this push for change. One such company is Weathered Souls Brewing Co., a Black-owned brewery based out of San Antonio, Texas, which has invited brewers nationwide to participate in its awareness-raising Black is Beautiful campaign.

They've shared their base imperial stout recipe and encouraged brewers across the country to give it their own unique spin. They've also provided free Black is Beautiful label artwork from KD Design, with space for individual logos. The program aims to foster inclusion and raise awareness of social and racial injustice through collaboration with other U.S. craft breweries.

“I’m a Black business owner and someone who has experienced police abuse,” Weathered Souls founder and head brewer Marcus Baskerville told Scene's sister paper, the San Antonio Current. “This experience happened in my early 20s, but that stuff lingers with you. Interactions with law enforcement change after an experience like that.”

Baskerville felt starting with his business was the best way he could participate in the movement’s call for change.

“The brewing industry is pretty eclectic, with all kinds of different people in it,” he said. “Why wouldn’t this community be one to join together to support a message of equality and purpose to support the concept of general respect for everybody?"

Imperial stout — among the most popular styles with U.S. craft brewers — is characterized by a high alcohol content, usually over 9%, and a color palette that ranges from chocolate brown to almost black. Its color and flavor possibilities led Baskerville to select the style for the collaboration.

Since the announcement of the campaign earlier this summer, Weathered Souls has gotten support from over 900 breweries across the country who have committed to selling the stout, two of which can be found in Cleveland — Great Lakes and Bookhouse Brewing.

But the campaign is more than just a way to sell beer.

“News of a good cause travels fast in brewing circles and people are quick to want to help and do what they can, and so I felt the same way,” Vaughn Stewart of Bookhouse told Spectrum News. “Being a project to bring to bring to light the injustices and inequities that are unfortunately visited upon people of color, Black people, indigenous, all of those groups that are unfortunately so often subject to abuses, you know? And to me it's like, yes of course, I’m going to participate in this!”

Proceeds from Bookhouse's beer will go to the NAACP of Cleveland.

You can find a full list of participating breweries and more information at blackisbeautiful.beer.