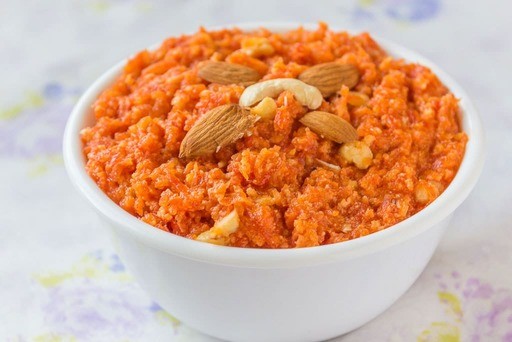 The band of Nepali musicians gathered at one end of a taut red ribbon outside Himalayan Restaurant in Cleveland's West Park neighborhood. They performed serene and winding songs with drums; flutes; a melodica; and a shehnai, “a typical Nepali instrument,” Nar Pradhan told me later, struggling to recall the proper term for this long, nasally horn from his homeland.

Pradhan is the new owner of Himalayan Restaurant (13124 Lorain Ave.), which celebrated its grand reopening with a free lunch for the neighborhood on a cold afternoon in early February, ages ago. That day, he stood outside with his family and various members of the local community development corporation, along with Ward 16 Councilman Brian Kazy. The two of them clutched a tiny pair of scissors in tandem—Pradhan and Kazy, together—and, if the symbolism isn’t too heavy-handed, it was clear that the event was meant to unify the long-term visions of both restaurant and city. We were here to enjoy the food and the music, yes, and we were here to forge an understanding of each another. They cut the ribbon, and the crowd cheered.

The shehnai player guided us all into the small brick building on Lorain Avenue. Inside, a wall of mirrors reflected the room: 10 tables and a gleaming buffet set, silver trays breathing steam into the dining area. A cinnamon candle flickered near a stack of newly printed menus. On the television screens in the corners of the room, a kind greeting: “Welcome to our Himalayan Restaurent.”

Pradhan was decked out in a blue suit, all smiles, and he greeted each patron individually as they gathered at his place of business. He shook hands. He gestured toward the food, the tables — the restaurant was finally open again. Very quickly, the line began to snake out the front door as we perused the buffet's offerings, reading little slips of paper attached to each tray and taking in the culinary terms both familiar and foreign. From 11 a.m. to 3 p.m. that day, everyone was welcome to chow down and enjoy the cuisine. Come and join us, Pradhan beckoned the neighborhood, and dig in.

As the line worked its way through the buffet, eyes and noses registered a fine mix of traditional northern Indian and Nepali dishes: blistering-red chicken makhana; verdant green palak paneer; richly textured goat curry; aloo gobi; daal; kheer; and, the grail of Far-Eastern dumplings, crispy vegetable momos. Before the ribbon-cutting, as a bunch of us were sort of milling about the dining room, Melissa Miller, director of the Bellaire Puritas Development Corporation, had said that these were her favorite dumplings in all the world. High praise in a city that prides itself on the almighty pierogi, she pointed out. That’s the sort of delicious magnetism that the Pradhan family is wielding here.

A man named Hardik Desai was gathering plates and silverware after settling his wife and son into a booth in the back corner. He stepped up to the buffet trays and scanned the cuisine. He told me he lives in Westlake, but not too long ago he lived in India. Desai heard about the February grand reopening from a Global Cleveland newsletter, a nonprofit tether among the city's various immigrant and refugee communities.

“I'm figuring out the similarities between Indian and Nepali food,” he said, plucking several momos for his plate. “I remember eating these in India, but I haven't had it in United States restaurants.”

I found out quickly how easy it could be to fill up a plate with noodles and curries before you've even gone halfway through the line. This is where deep buffet experience comes in handy. You need to strategize a bit while you’re in line. Yes, you can make return trips, continually sampling the different dishes, but that first plate is a real statement piece. Keep a level head. It’s best not to get carried away with the celebration around you. Carefully select what catches your eye, and then pile on accordingly.

At one of the tables along the far wall, a burly man was holding court with a plate full of nicely charred chicken. One of Pradhan's family members walked through the dining room and distributed buttery naan, fresh from a tandoori oven in the back. Every customer happily accepted.

“What do you call this kind of food?” he asked me as I settled into the seat across from him.

“Nepali, although I think there are some Indian items on the menu.”

“So, Mediterranean?” He sopped up a puddle of daal with his naan and scanned the dining room. “It's good. I just wanted to see what this was all about.”

By that point, the place was fairly jam-packed, and it wasn’t not immediately clear where everyone was going to sit. Bow to stern, the room might hold 30 people—not including the band, which had since congregated in the corner, crowding near the front windows and working through some Nepali standards. Pradhan said that these traditional melodies are used as a blessing. They call to mind an air of celebration and joy. It’s scene-setting device; these entrancing riffs provide a ceremonial tone to an event. And they are one more way, Pradhan was saying, to keep the local refugee community close to their home, here, in what has become their new home. Cleveland, Ohio. It might be 7,500 miles from Kathmandu, but you wouldn’t know it from hearing this music, eating this food and picking up on the Nepali small talk in the corners of the restaurant.

“We see the needs of the community, and we want to introduce our Nepali food to the mainstream, to American culture,” Pradhan said. This is a common and sometimes unspoken function of ethnic restaurants in densely residential neighborhoods: the hard work of building out a suspension bridge between cultures.

Up and down this stretch of Lorain Avenue, on Cleveland's west side, more than 5,000 Nepali refugees have settled over the past decade. It’s become an epicenter for a community still reeling from years of forced flight and slow readjustment. There are opportunities in the U.S., of course, but there are costs, too.

In the back of the restaurant, away from the wailing shehnai, Pradhan was telling me that he was born in Bhutan, but he and his family fled the country in 1991, when he was 10 years old, to escape government crackdowns against Nepali minorities. By some estimates, a full sixth of the Bhutan population was pushed out of their homes. Pradhan and his family landed in a string of shabby UN camps in Nepal, where they spent the next 17 years in terrible conditions. “So terrible,” he said.

Pradhan taught English as he edged into adulthood, finding a way to provide to others while eking out a foundation for his family. He learned the language that could proffer a ticket to a new life—and how to spot the transient political circumstances in the camps that would get him there.

In 2008, thanks to a Bhutanese resettlement program, his family began to move across the globe. Pradhan himself was one of the first in his family to land in Northeast Ohio, home to what’s become one of the largest concentrated Bhutanese and Nepali refugee communities in the U.S. Since he arrived here, Pradhan said, more and more of his family members and former neighbors have come to join him.

And while Pradhan can hold his own with conversational English, many who’ve made the trek simply can't. This is a particularly potent social barrier when it comes time to dining out. And this is one side of the bridge that these restaurants help erect: providing a place for fellow Nepali refugees to feel comfortable, to eat food that’s familiar and easy to order.

“It's very important,” Pradhan said. “When our friends come, they are looking for Nepali restaurants.” Apart from Himalayan Restaurant, options are slim. Small businesses help fill the gap. Pradhan also helps run South Asian Grocery, further west along Lorain Avenue, with his family. There, shoppers can pick up beans, peppers and leafy vegetables well known in Nepal to bring home and fix into dishes echoing their home in the mountains.

Himalayan Restaurant originally opened in November 2017 to complement the grocery stores with a more formal dining-out setting. The building had been home to Pnomh Penh, a Cambodian restaurant, before an entrepreneur named Ramesh Gurung took over the lease and turned the focus toward the Nepali community. For about a year, he ran the restaurant and earned positive reviews in the local press. The Cleveland foodie scene is nothing if not curious, and so that second side of the bridge began to take hold: Local residents eager to experience the great spectrum of worldly cuisine in their city started showing up for lunch and dinner. This was a chance to engage the city’s growing refugee community. And where the Global Cleveland newsletter is one thing, the very spirit of the city is all open arms and open hearts. If you come calling with good food, you’re all right by us. Himalayan Restaurant developed a small but dedicated following.

And then, just as suddenly as it opened, it closed.

Pradhan had been running Taste of India in North Olmsted for a few years at this point. When he heard about the closure of Himalayan Restaurant, he looked into the matter: a foreclosure and an upcoming sheriff’s sale. Another listing on the county’s long spreadsheet of real estate transactions—only this was one property that he happened to know well. He’d been among the Cleveland residents who enjoyed what the restaurant was offering. The squat brick building was available for a cool $70,000. Pradhan and his family leapt at the chance and bought the place in January. Three weeks later, Himalayan Restaurant reopened on Feb. 1. Free lunch for everybody, just a few weeks shy of a sudden economic crisis.

“We want to try our best,” Pradhan said that day, “to tell a diverse community to try our food! We'd like them to help us grow our business!” (As of mid-June, the restaurant had reopened for dine-in service and pickup orders with the appropriate public health considerations in mind. No lunch buffet, for instance.)

While Pradhan has brought many lessons learned from his service industry experience at Taste of India and elsewhere, this opportunity at Himalayan Restaurant, like anything the business, is a risk. It’s an entrepreneurial venture, a set of balance sheets supported (and distinguished) by the lifetimes of experience that go into cooking each dish.

“We never dreamed to have a restaurant in the U.S., but it's really a dream come true,” Pradhan told me. It certainly is a long way from home, but, with the shehnai’s eager trills conjuring images of snowy mountains, the delightful scents of paneer drifting across the newly renovated dining room, maybe it’s not that far after all.

Eric Sandy is an award-winning Cleveland-based journalist. For a while, he was the managing editor of Scene. He now contributes jam band features every now and then.
Scroll to read more Food News articles